Early plywood raiod cases by Eames had a dimpled surface.

Charles and Ray Eames are well known for  groundbreaking contributions to architecture, industrial design and manufacturing, and of couse, furniture. "The Eames Chair" among their most famous creations.

This history, drawn from the Eames Foundation operated by their descendants, relates an interesting relationship between a World War II development effort, and the development of plywood moulding.

After the Eames's were married in 1941,  the moved to California where they developed furniture design work molding plywood. 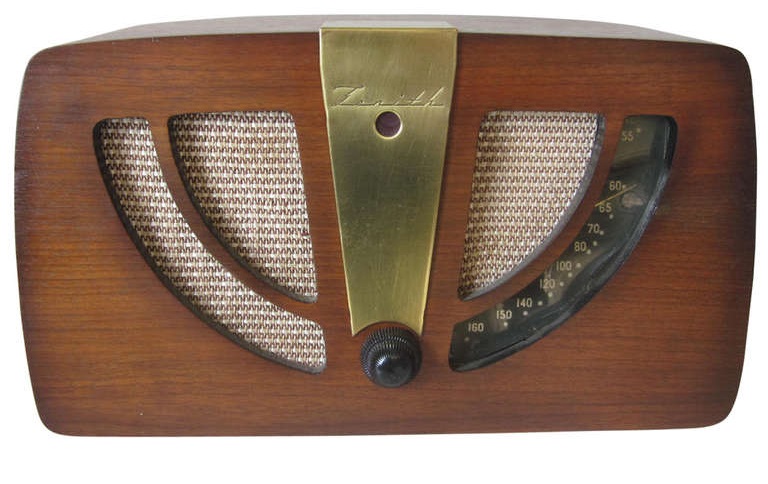 During World War II they were commissioned by the United States Navy to produce molded plywood splints, stretchers, and experimental glider shells.

These capabilities were put to post-war use. In 1946, Evans Products began producing the Eameses’ molded plywood furniture.  Their molded plywood chair was called “the chair of the century” by the influential architectural critic Esther McCoy.  Soon production was taken over by Herman Miller, Inc., who continues to produce the furniture in the United States today.  Our other partner, Vitra International, manufactures the furniture in Europe. 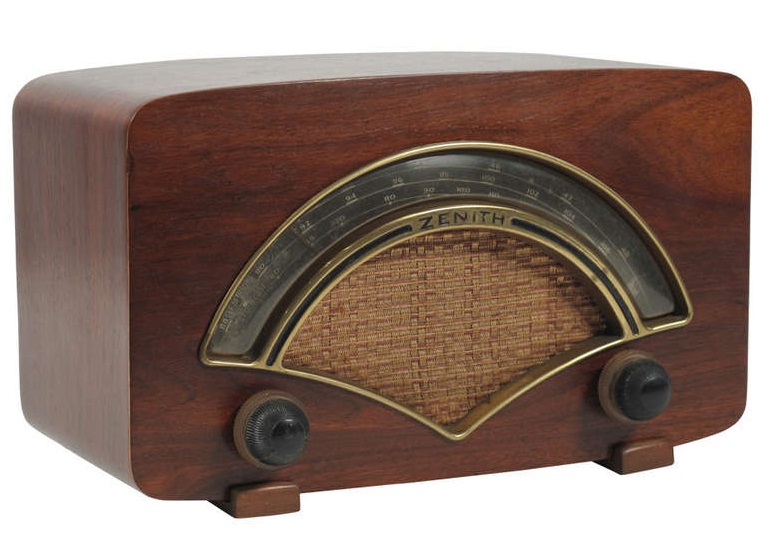 A line of radio enclosures was among the postwar offspring of the plywood-molding process.  Charles and Ray developed techniques for mass-producing plywood enclosures in significant numbers.  They designed cabinet forms for manufacturers such as Bendix Corporation, Emerson Radio, Farnsworth Company, Hamilton Radio Corporation, Zenith Corporation, and many others.

In addition to the molded cases, which were made of birch and ash, the Eameses made cabinet fronts formed with a “dimpled” surface—a pattern initially used in the Case Goods storage system and then later in the Eames Storage Units. There was a functional purpose for doing this: the compound surface strengthened the panels and prevented them from warping.

Charles and Ray Eames fabricated a wide variety of approximately 200,000 radio cabinets until 1952. Antique Wood and Veneer Radios Get Pricey Once Restored