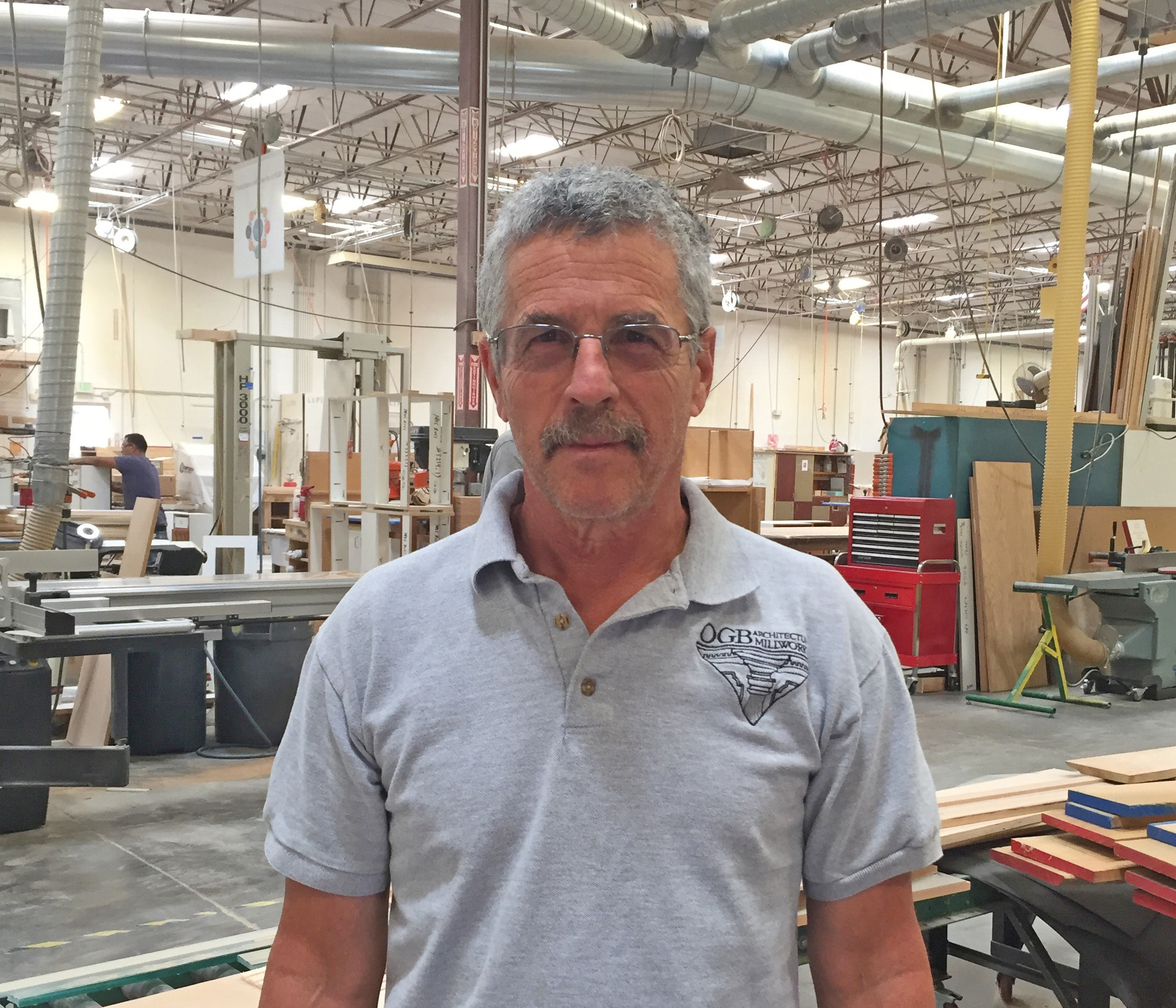 Have fun, make money and build business. It’s been a winning mantra for Rick Thaler, president of OGB Architectural Millwork, as he brings the New Mexico-based firm to new levels of success.

Thaler was introduced to woodworking as a teenager, doing framing and general construction work. He later learned cabinetry, and made his own custom furniture and cabinetry. “I wandered into the Bradbury Stamm woodshop to use the widebelt sander. They were building a spiral staircase on one side of the shop and a big bank teller line on the other side and I knew right away that was the kind of work I wanted to do. I got a job there as an apprentice cabinetmaker and learned how to run a lot of machines, do layouts and cutting lists, and how to plan a project from start to finish.”

A bump in the road, “I got laid off the week before my first child was born,” gave Thaler insight into another side of the industry – machinery sales. However, he soon returned to woodworking, and honed his business and crafting skills.

Thaler rejoined Bradbury in 1990 and became general manager in 1999. “In 2000 I was able to buy the woodworking business and renamed it OGB Architectural Millwork, the initials of the founder Orville Grant Bradbury.”

Under Thaler’s leadership, the 28,000-square-foot shop has produced a variety of award-winning commercial and residential projects.

“My proudest achievement is simply my business itself – the beautiful work we do, and the opportunity to give long term, gainful employment to so many people in the trade I love,” Thaler said.

“My goals are to maintain our current trend of steady growth and increasing profitability, maintain our level of quality and service, and become completely unnecessary to the running of the company within two years,” he added.

Also playing a large role in Thaler’s – and OGB’s – profile, “I target 10 percent of my net for community giving,” he said, citing the Kiwanis, Fraternal Order of Police, Tour for the Cure, The Susan B. Komen Foundation and other national groups, as well as local agencies like New Day, Fathers Building Futures, La Familia and The Children’s Grief Center. Event sponsorships also include the Outpost Performance Space, AMP Concerts and Southwest Roots Music, three non-profit music organizations.

Number of years in the industry: 35 years

Word that describes you: Optimistic

Best advice ever received: The best advice was from my Dad, who said, “Do unto others as you would have them do unto you.”

Who have you tried to emulate in business and why? I’ve tried to emulate my father, who was a physician and knew nothing about business or manufacturing, but who was an honest, kind person who valued his family, his friendships and his integrity most of all, and who lived well.