Washington Woodworking Co. isn’t afraid to go after the high visibility projects in a high visibility town. The company has done many major buildouts in and around the nation’s capital, and has been active for more than 100 years.

The Landover, Maryland, company works with prominent architects, designers, and contractors, and manufactures high-end custom architectural millwork for major law firms, corporations and other commercial-related projects such as casinos and primary healthcare facilities.

“(We specialize in) high-end custom architectural millwork for major law firms,” Jordan said. “We are the law firm millwork company.

“We can manufacture and install virtually any type of architectural millwork or architectural metal project. We have capabilities that include in-house veneer stitching and a hot press layup line. (We have an) in-house metal department, a complete lumber department including the capability of grinding our own moulding knives to match any moulding profile.”

Also in the Maryland shop are multiple CNC machines, including a pod and rail and nested-based router. A full casework line has the ability to produce about 100 cabinets in an eight-hour shift. They have five finishing booths including a pressurized and heated booth for high gloss finishes. Outside of the shop, the company has an installation crew with 60 carpenters and eight foremen.

The company employs about 130 people, with an annual revenue range between $20 and $30 million. 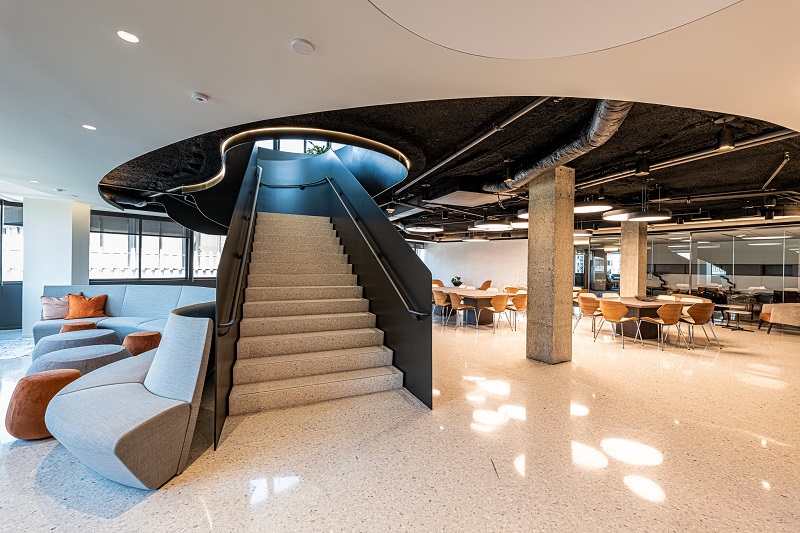 Washington Woodworking also expanded its shop and upgraded its capabilities.

In addition to the physical expansion, Washington Woodworking has also tried to improve the efficiency of the operation.

“Creating processes is key,” Jordan said. “Everything we do in manufacturing is a process and when the process is clearly identified it can be refined and improved.

“The key to our success has and always will be our relationships with architects and general contractors. When you can get spec’d on a project, all of a sudden the playing field is a lot smaller. 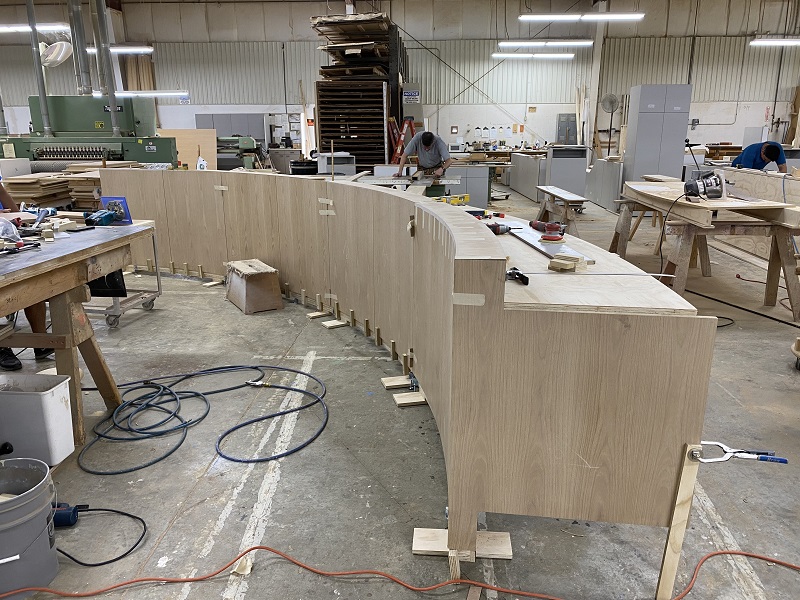 One project was for the Host Hotels and Resort corporate headquarters in Bethesda, Maryland. The architect was Gensler, engineer was KTA Group, and general contractor was Rand Construction Corp.

This project included the blend of 26 different millwork materials with many being fabricated and installed at random angles. The matching of the Santos Rosewood veneer panels with horizontal grain that flows from room to room required special care and coordination.

The fabricating and installing of the slat panels with full-width slats only in each elevation was another challenge on this project. The subcontractor’s finishing department had to keep a natural wood veneer consistent in color and pattern with compound miters even as it ran from room to room, along with the finishing of solid wood and veneer in the same elevation.

A second project was for Akin Gumpv in Washington, D.C. Here the architect was Gensler and general contractor was again Rand Construction.

The extensive use of custom materials and detailed design for precise alignments made installation a collaborative process.

Basic changes in the field, such as a header moving several inches, required coordination meetings with all critical subcontractors to ensure material fabrication and installation conformed to the new benchmarks. Along with a streamlined communication approach, the use of the preconstruction period for developing full scale mock-ups for major design elements was also important.

Jordan himself has more than 20 years of experience in the commercial millwork industry. Most recently, he was COO of Augusta Cabinets & Casework. 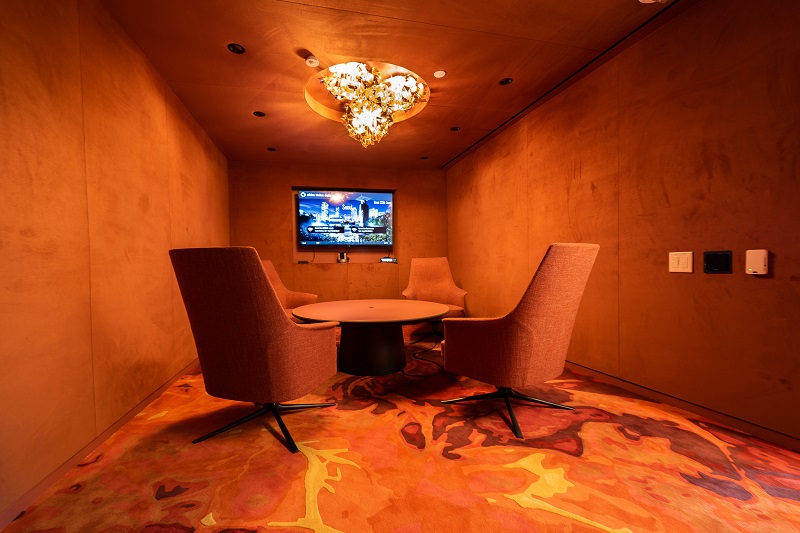 “My entire career has been in the millwork industry from an apprentice cabinet maker to CEO and everything in between.

“The history behind Washington Woodworking and it being the oldest millwork company in the country was fascinating. I knew instantly I wanted to lead this company.

For the future, Jordan recently hired Peter Kickel as regional sales manager. Kickel has more than 40 years of experience in both sales and installation of high-end corporate interior finishes.

Most recently, Kickel was the sales and installation manager for Parenti and Raffaelli, a national millwork manufacturing and installation firm located in Chicago. As Washington Woodworking continues to expand their national footprint, Kickel will be an integral part of their success outside of the D.C. market.

The company has also not let the pandemic slow them down.

“We took one day at a time and we refused to let fear paralyze us,” Jordan said. “My team and I continually educated ourselves on the virus and adapted to the current conditions.” 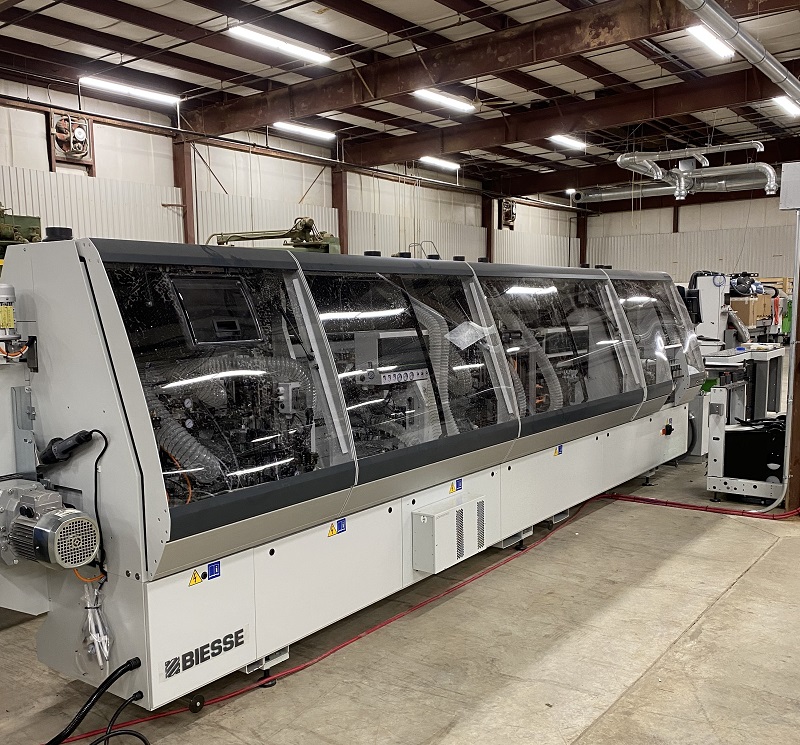 Merritt Woodwork - A Niche at the Top