In July, inquiries from China increased, but that market was still nowhere near as busy as in 2014.  Meanwhile, shipments to Europe slowed dramatically, as buyers in several countries were on holidays.  Reports indicated steady sales to Mexico, and that Middle Eastern demand returned to pre-Ramadan levels in late-July. 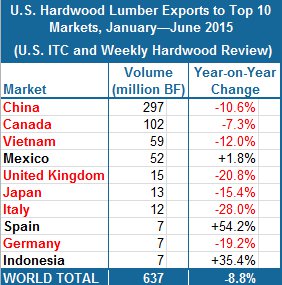