U.S. hardwood lumber exports of 132 million board feet in April—the latest month with available trade data—were virtually identical to the prior month but 9% below April 2014 exports. Reduced year-to-date shipments to Asia (-9%), Europe (-16%) and Canada (-5%) through April far offset increased shipments to Latin America (+4%) and the Middle East/Africa region (+7%).

The vast majority of surveyed North American exporters and foreign buyers reported very limited North American hardwood trade in June. June’s weakness was partly a function of approaching holidays in Europe and Ramadan observances in the Middle East and Asia. However, with worldwide inventories elevated and prices declining, the seasonal slowdown was earlier and more abrupt than normal. Slower-than-expected Chinese demand has had far-reaching effects. As one seller noted, “The virtually dead Chinese market is forcing prices down on items that we did not expect.” 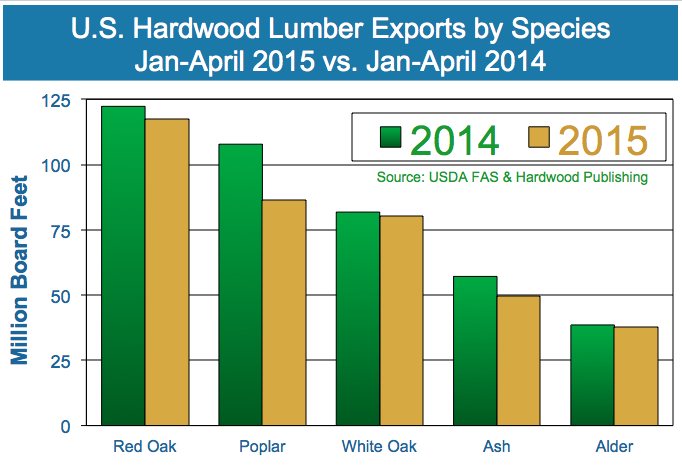