Cefla Finishing’s iGiottoApp X2 6-axis anthropomorphic painting robot exploits the potential offered by two anthropomorphic robots, says Cefla, virtually doubling productivity in comparison with the iGiottoApp single version, an already high performer in its own sake. The two robots can work synchronously on identical items, independently on different products, or continuously on objects of any type, by integrating the work of one with that of the other without needing to interrupt the production flow.

But perhaps the most innovative aspect is the way the two robots can both independently "invade" the workspace of the other. This was made possible from a "3D anti-collision" function, based on years of company research.

The software that controls the pair of robots offers different work options and thus allows motionless, rotating-oscillating (ROC) and tracking painting.  In particular, the latter allows the robots to work simultaneously on the same load, drastically reducing processing times and achieving a considerable increase in productivity. 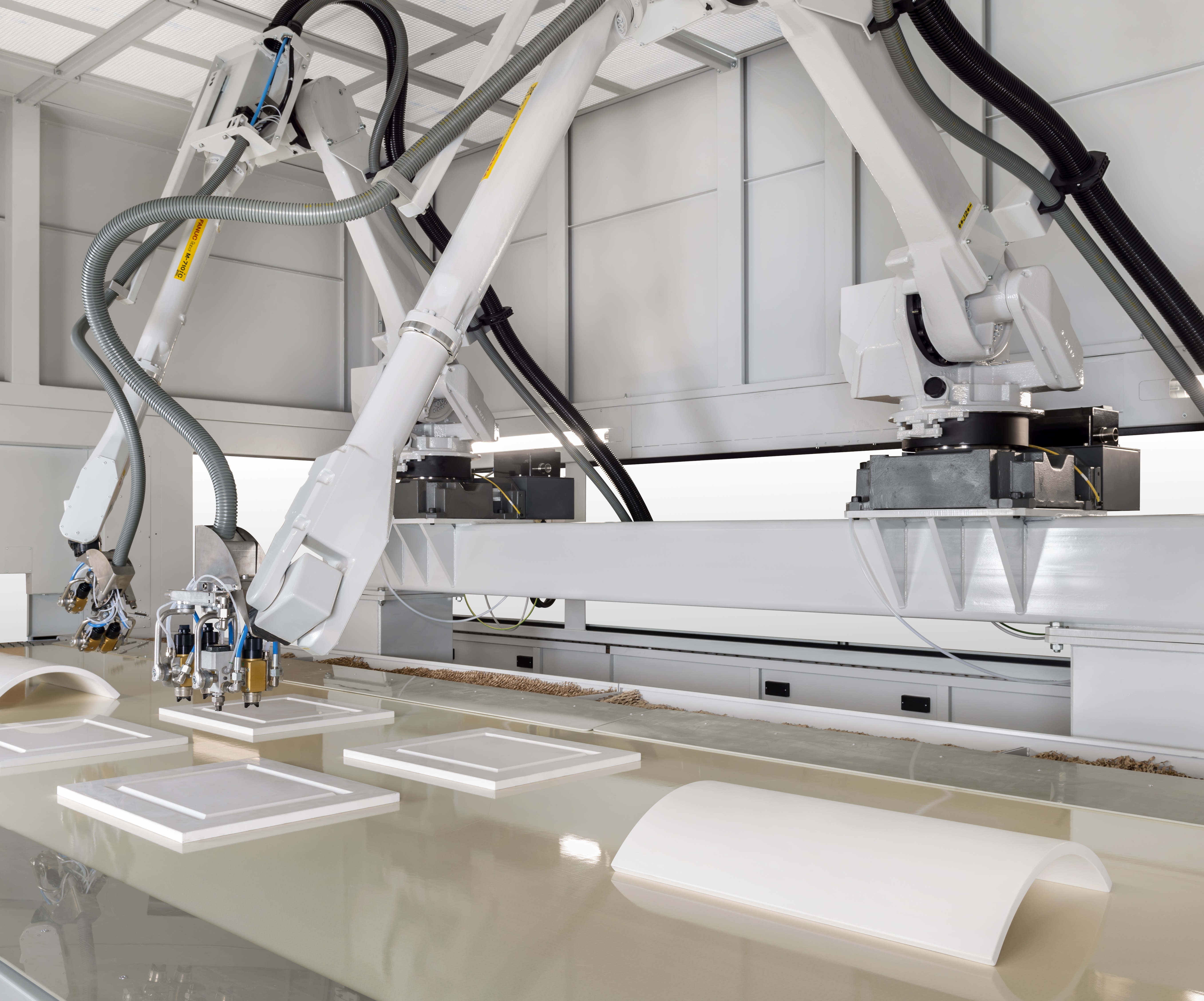