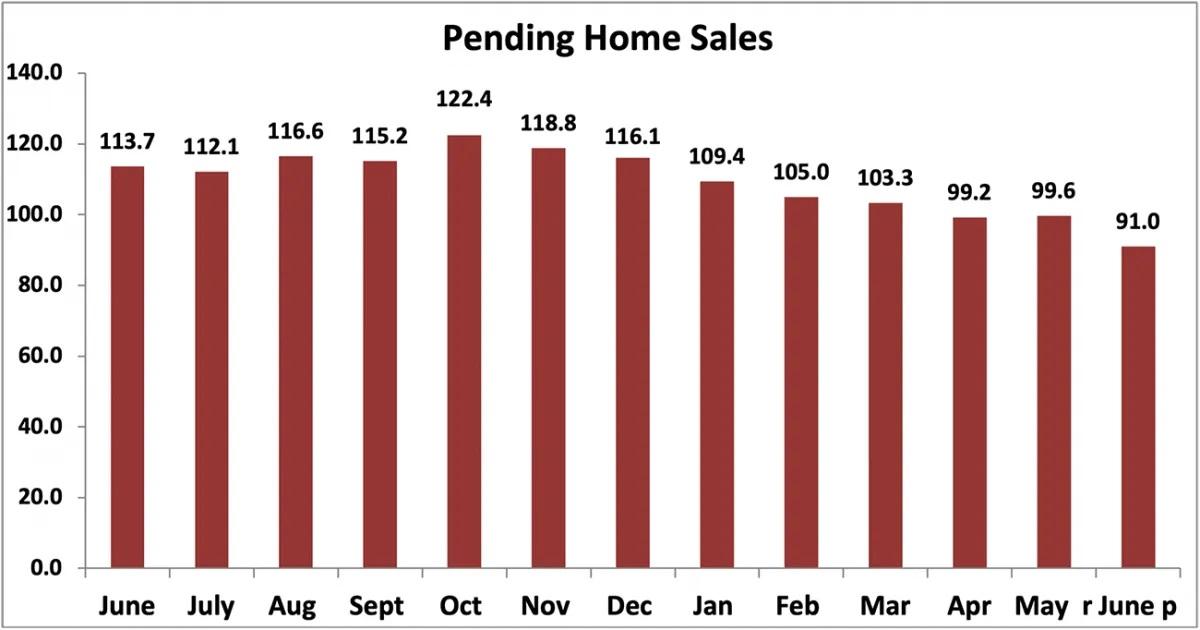 Photo By National Association of Realtors

Pending sales represent homes that have a signed contract to purchase them but have yet to close. They tend to lead existing-home sales data by 1 to 2 months.

All four regions showed double-digit declines from a year ago. The West had the most significant dip of 30.9%, followed by the South with a drop in contract signings of 19.2%. The Northeast fell 17.6%, followed by the Midwest with the smallest decline of 13.4%. 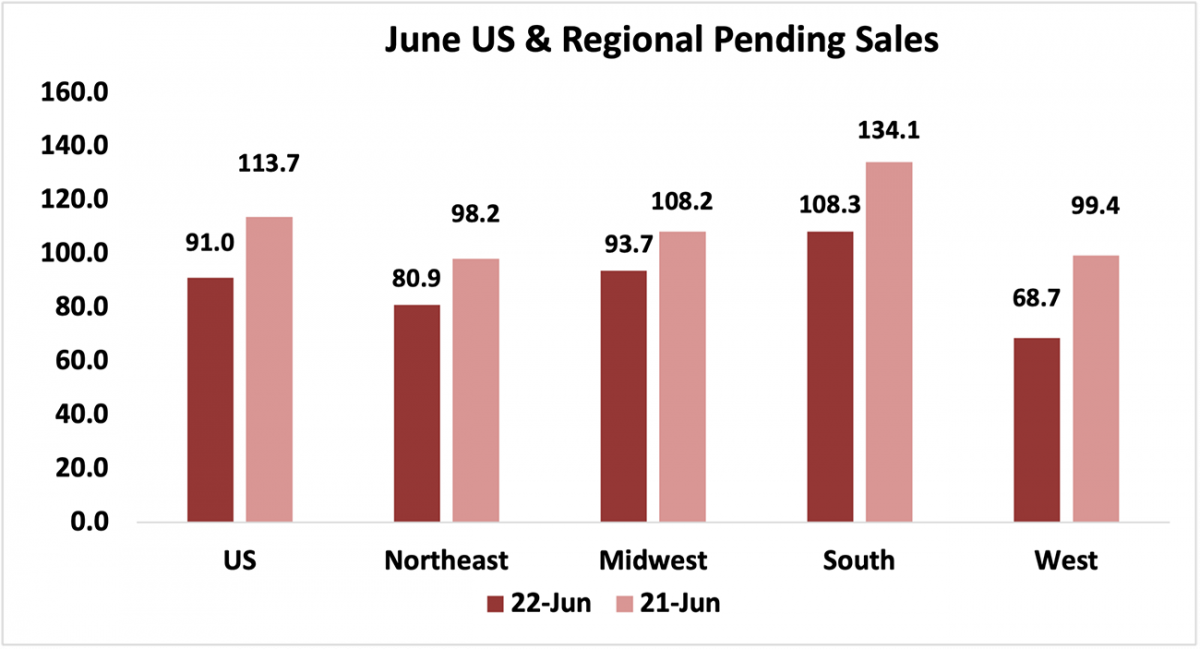 From last month, all four regions showed reductions in contract signings. The West region had the most significant dip of 15.9%, followed by the South with a decrease of 8.9%. The Northeast fell 6.7%, and the Midwest had the smallest decline of 3.8%.

The U.S. pending home sales index level for June was 91.

June's contract signings bring the pending index below the 100-level mark for the third consecutive month.

The 100 level is based on a 2001 benchmark and is consistent with existing-home sales above the 5 million mark. 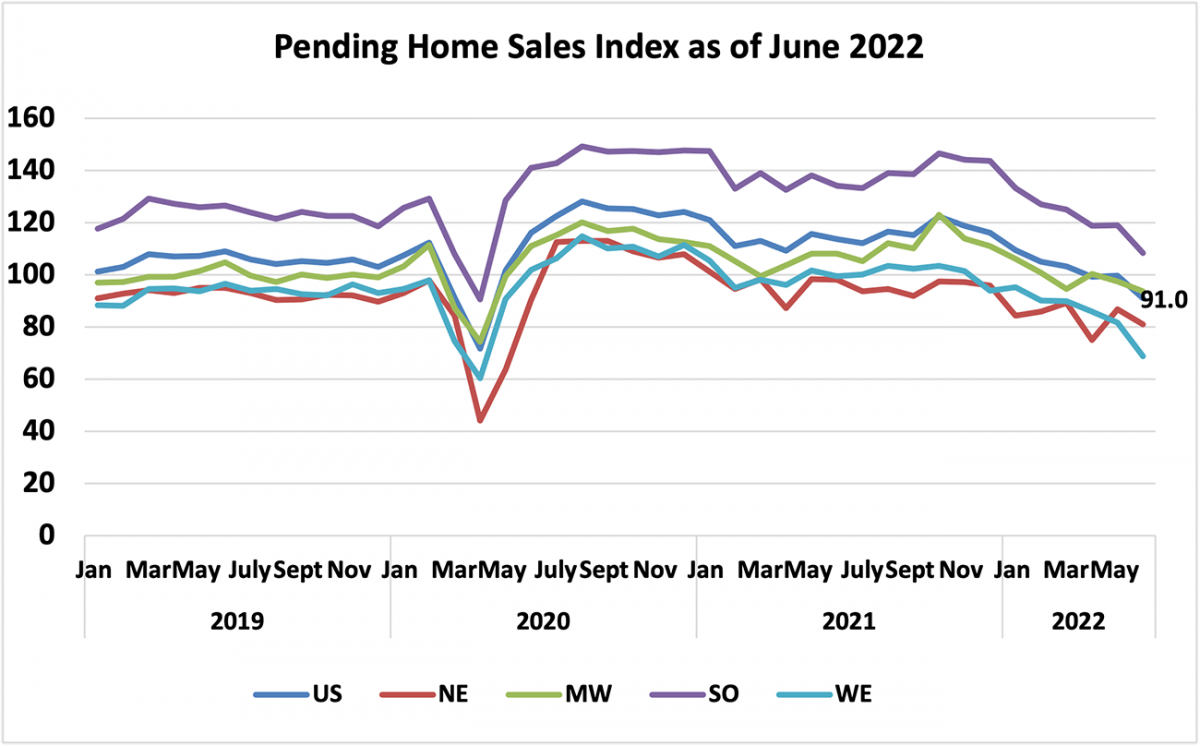 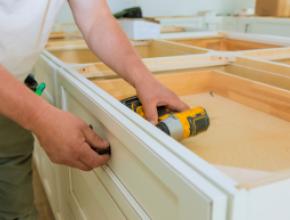 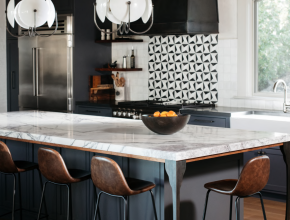