Because the WCA skills standards were developed first for cabinet and furniture manufacturers, and Appalachian Engineered Flooring needed some different skill sets, they worked with WCA to craft custom standards.

The revolving door is no more at Appalachian Engineered Flooring.

The North Troy, Vermont, company has experienced a dramatic decrease in employee turnover since implementing the Woodwork Career Alliance’s skill standards and related Passport program in 2014. Company officials said that along with workforce stability also have come enhanced quality and increased productivity.

Jennifer Fraser, general manager of Appalachian, said embracing the WCA programs helped the flooring maker get its “house in order” and has meshed well with the company’s lean manufacturing initiatives.

“At one point we were losing up to three employees a month,” Fraser said. “We lacked structure. Things were chaotic and stressful. People would just up and leave, which added to the stress. We knew we had to do something if we were going to turn things around. Instituting a solid structure based around the WCA skill standards really made a big change for the better.” 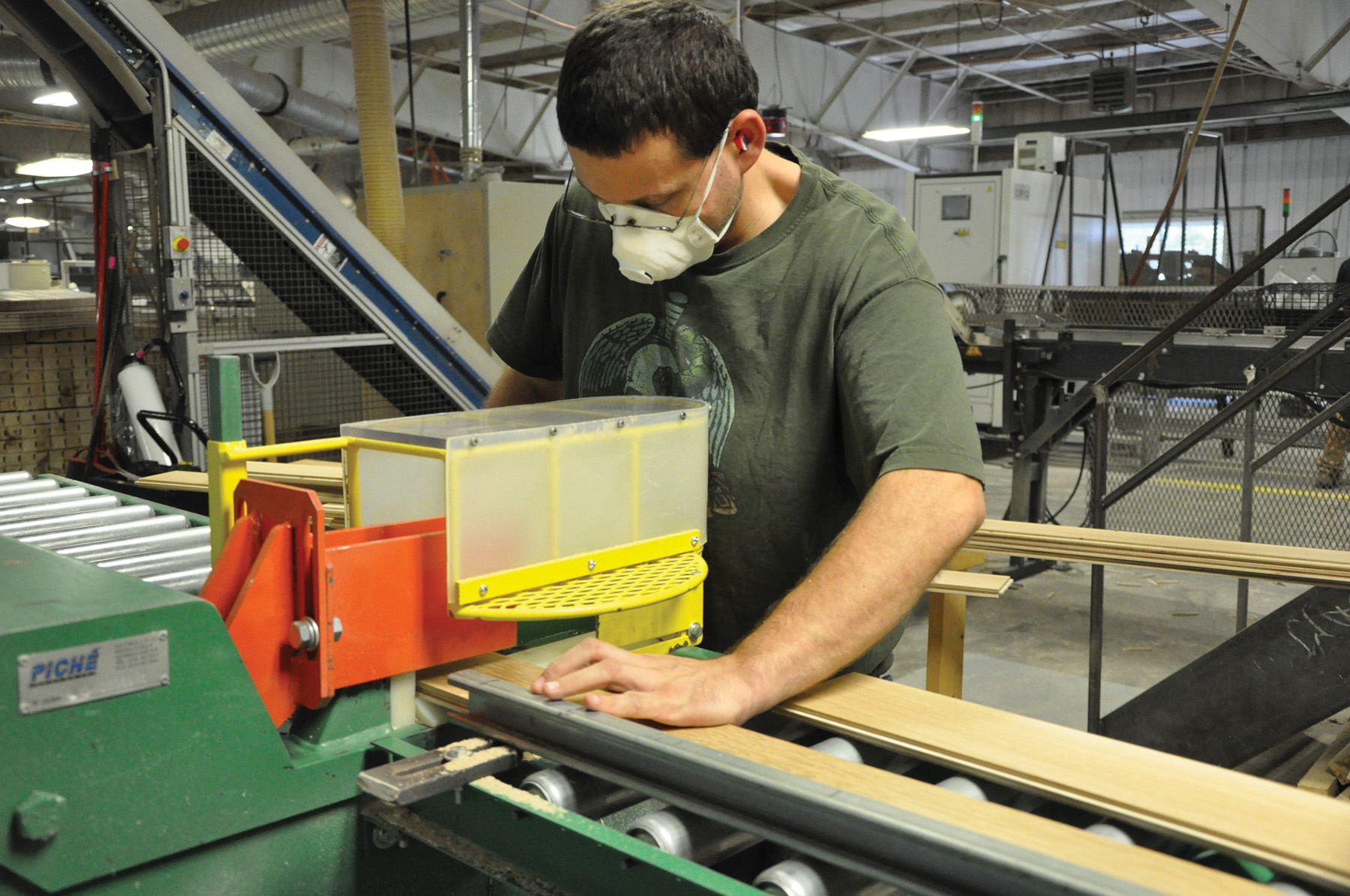 A worker uses an upcut saw to cut flooring at Appalachian. The company has developed skill standards with the WCA to cover 15 skill sets spanning 90 pages.

Fraser learned about the WCA skill standards through the Northern Forest Center in 2013. She worked closely with Greg Heuer, WCA secretary, to develop standards tailored to AEF’s operations.

“The WCA skill standards are largely crafted for woodworkers involved in the design and manufacture of cabinets and furniture,” Fraser noted. “Ours is a more mechanized type of operation for laminating and processing sawn wood faces into a final product. Greg and I essentially wrote our own book of skill standards customized to our site.”

She said that writing the first skill standard was “definitely challenging - a lot of back and forth, a lot of revisions - but once we got that first one done it all rolled very quickly.”

Appalachian’s skill standards book now covers more than 15 skill sets spanning 90 pages and counting. While it has been customized to better meet the company’s needs as an employee development tool, it follows the WCA’s skill standards in terms of goal setting based on achieving higher levels of proficiency for any given task.

In addition, Appalachian’s skill standards incorporate many of the WCA’s “pre-checklist” items such as the ability to read a tape measure or caliper.

“Essentially when a new employee comes onboard he is given a copy of the skill standards so that he knows what he will be trained on,” said Fraser. “Training is always a challenge at any woodworking business, not only because of high turnover, but because when you lose someone with experience you lose the little tricks he has developed that are hard to document. We have added one step prior to the standards. It’s a training checklist that an employee has to go through before he can even press the button of a machine.”

Fraser referred to her copy of Appalachian’s skill standards as a “living-breathing” document.

“I write on my working draft whether I messed up on grammar, ideas for revisions or additions to specific processes or the need to add more pictures,” she said.

Fraser also said that the program has actually helped to improve the company’s lean iniative.

“It gave us the structure to grow on to standardize our lean processes,” she said, “including things like how to grease the moulder.” 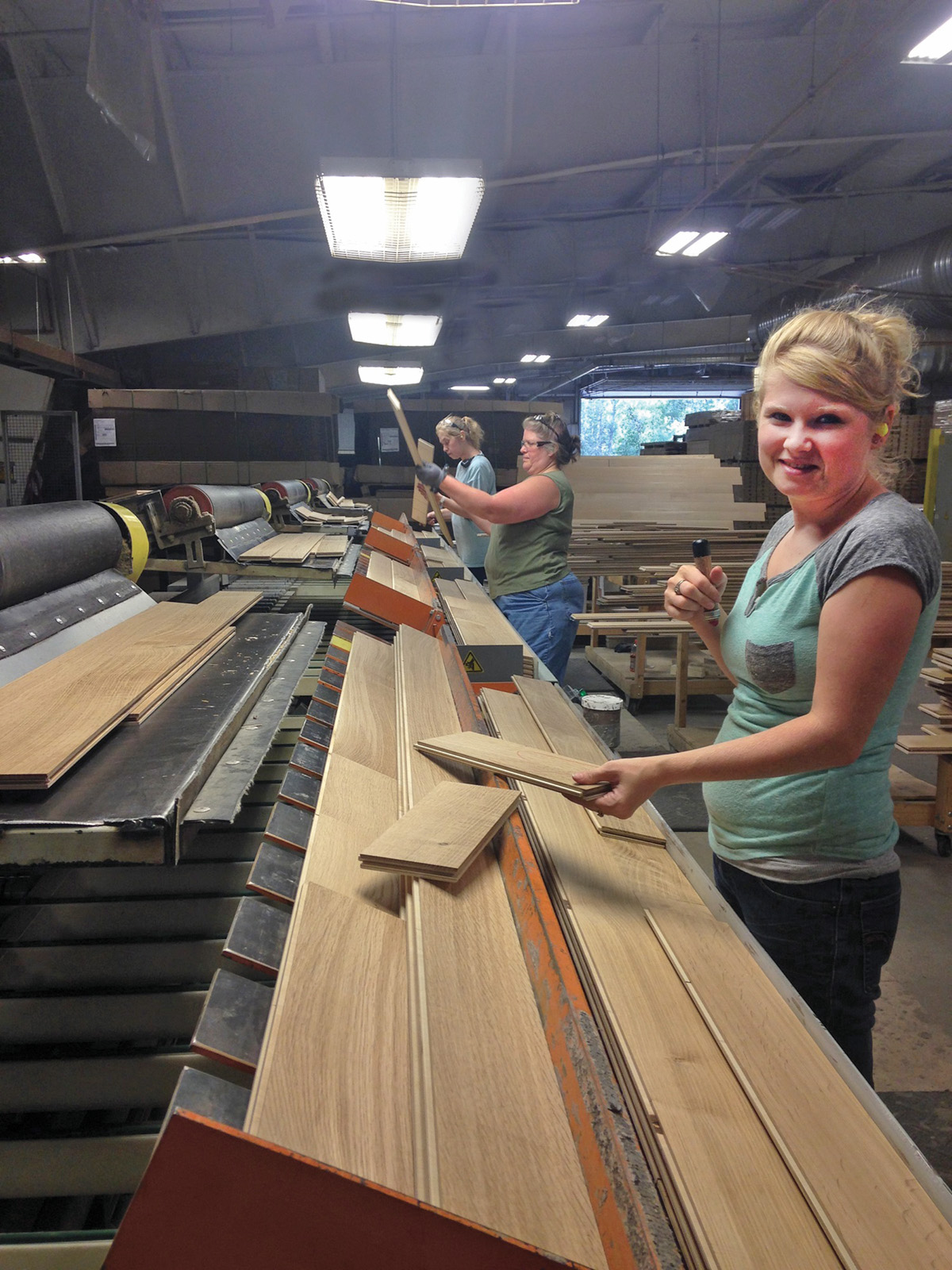 Appalachian company officials say the WCA program has dovetailed nicely with their lean initiatives for better efficiency. Shown here is the quality control inspection line at the Vermont plant.

Appalachian’s skill standards dovetail nicely with its lean manufacturing initiatives implemented with the help of the Vermont Wood Manufacturers Association, a WCA development partner. The company’s lean program includes a cross-training matrix. Fraser said about 80 percent of Appalachian’s production employees can perform the majority of tasks.

“It’s amazing how well the standards and matrix fit together,” Fraser said. “We essentially defined each person’s position and tasks and job descriptions. It was the first step into standardization of some of the jobs here and provided structure for us to cross-train people on multiple operations. It really has brought everything together. It triggers the training and puts a structure in place for everyone to be on the same page and know what they need to do to advance to new levels of performance.” 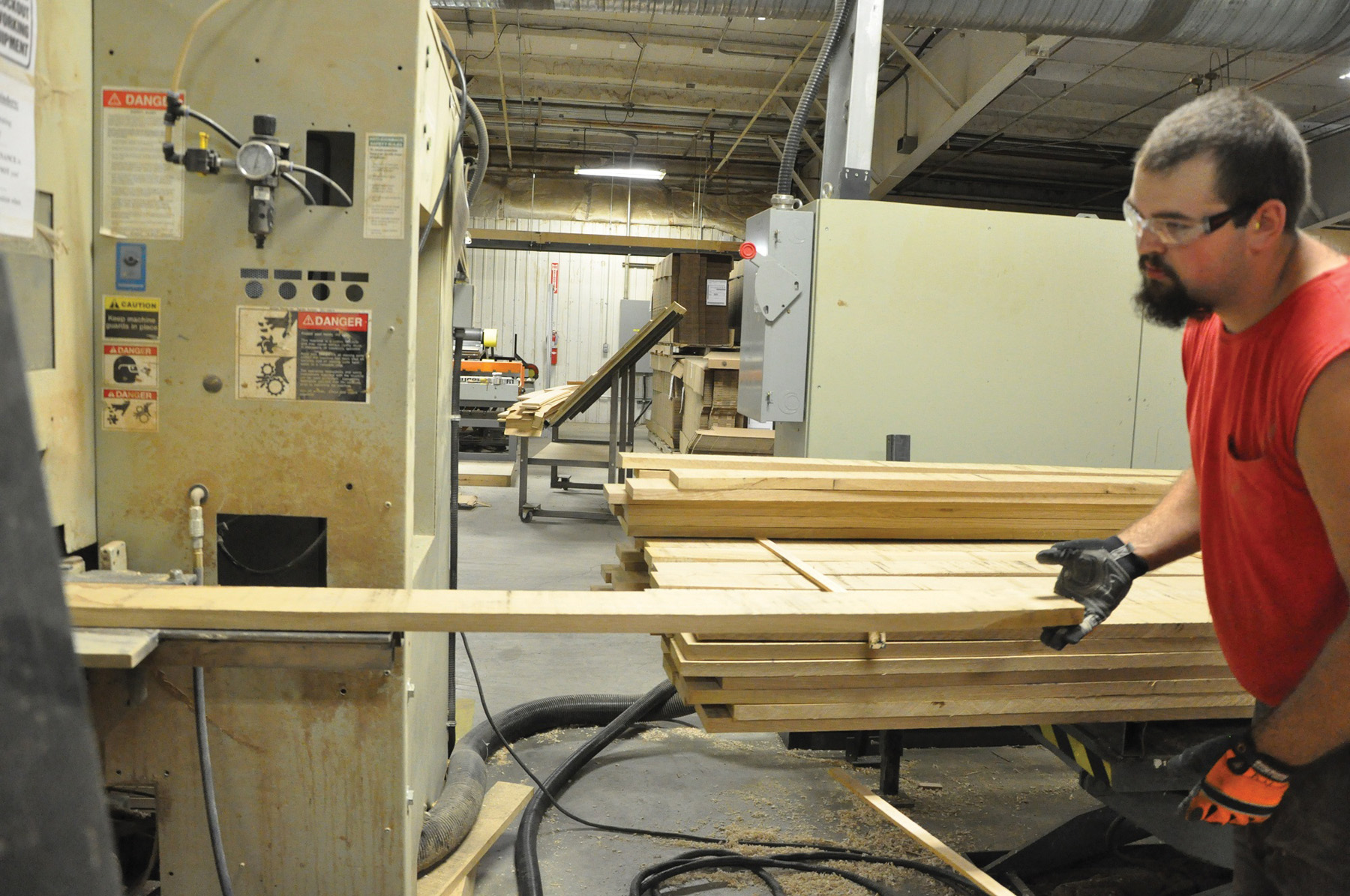 In addition to implementing its skill standards, Appalachian has reaped numerous other benefits since joining the WCA as an INDustry Subscription member, including having access to exclusive WCA training materials and furnishing each of the company’s 20-plus shop floor employees with a WCA Passport. The passport is a portable credential that documents the individual’s skill standard achievements. These achievements are maintained in a database by the WCA.

Fraser is a passport holder and also is the lead auditor for “stamping” the passports of employees who demonstrate achievement of new skills. She said adoption of the skill standards and passport program have brought focus to production operations and clarity to the opportunities for career advancement.

The combination of skill standards and passport program is also useful for employee reviews. “We can discuss performance and goals based on the standards and their passport achievements,” Fraser said.

“We’re a growing company and investing in new equipment,” Fraser added. “The neat part is that we have a working document that we can revise and update and continuously improve just like our lean manufacturing program.”

“The passport program has motivated our people to see woodworking as a career instead of just a job,” Fraser said. “It is exciting to see them want to grow their skills. They know their passports are transferrable if they go somewhere else and do not have to start at ground zero to prove themselves all over again. Fortunately for us they are happy to be here.”

For more information about the Woodwork Career Alliance, its skills standards and Passport program, go to woodworkcareer.org.