Greg Pilotti, president of Greg Pilotti
LANCASTER, Pa. - Greg Pilotti has been running a successful custom furniture and case good business in Parkesburg, Pennsylvania for his entire career. He's 28.
Trained in his field through the commercial woodworking program at Lancaster's Thaddeus Stevens State College, Pilotti is already a seasoned manager who has carefully charted a plan for aggressively growing his business - accomplishments acknowledged in July when he received the 2017 Wood Industry 40 Under 40 Award in Las Vegas.
Young enough to be in touch with the mind-set and expectations of the incoming generation of workers, at Wood Pro Expo Charlotte, Pilotti will share his insights and the techniques he uses to attract and hold young workers in the field - including outreach through social media.
"A lot of people tell me that they can even find applicants for jobs," Pilotti says. "I have two or three people lined up for every opening." But that's only half the battle, he notes.

"You have to be willing to work with them and understand their expectations if you want to keep them," Pilotti says.
Pilotti's passion for the industry, and his conviction that it is a great career path, is also conveyed by his continued relationship with his alma mater, where he is also teaching some classes.
Pilotti's presentation is on February 14, as part of the Business Operations track at the Charlotte WoodPro Expo. Charlotte is also home to Piedmont College, which offers educational programs tailored to woodworking and to general manufacturing. The school has also developed an award-winning Apprenticeship 2000 program with area manufacturers, including hardware maker Blum. Following Pilotti's presentation, attendees will board buses to visit Blum in nearby Stanley, North Carolina, where they will see the manufacturing center, including the apprenticeship program. 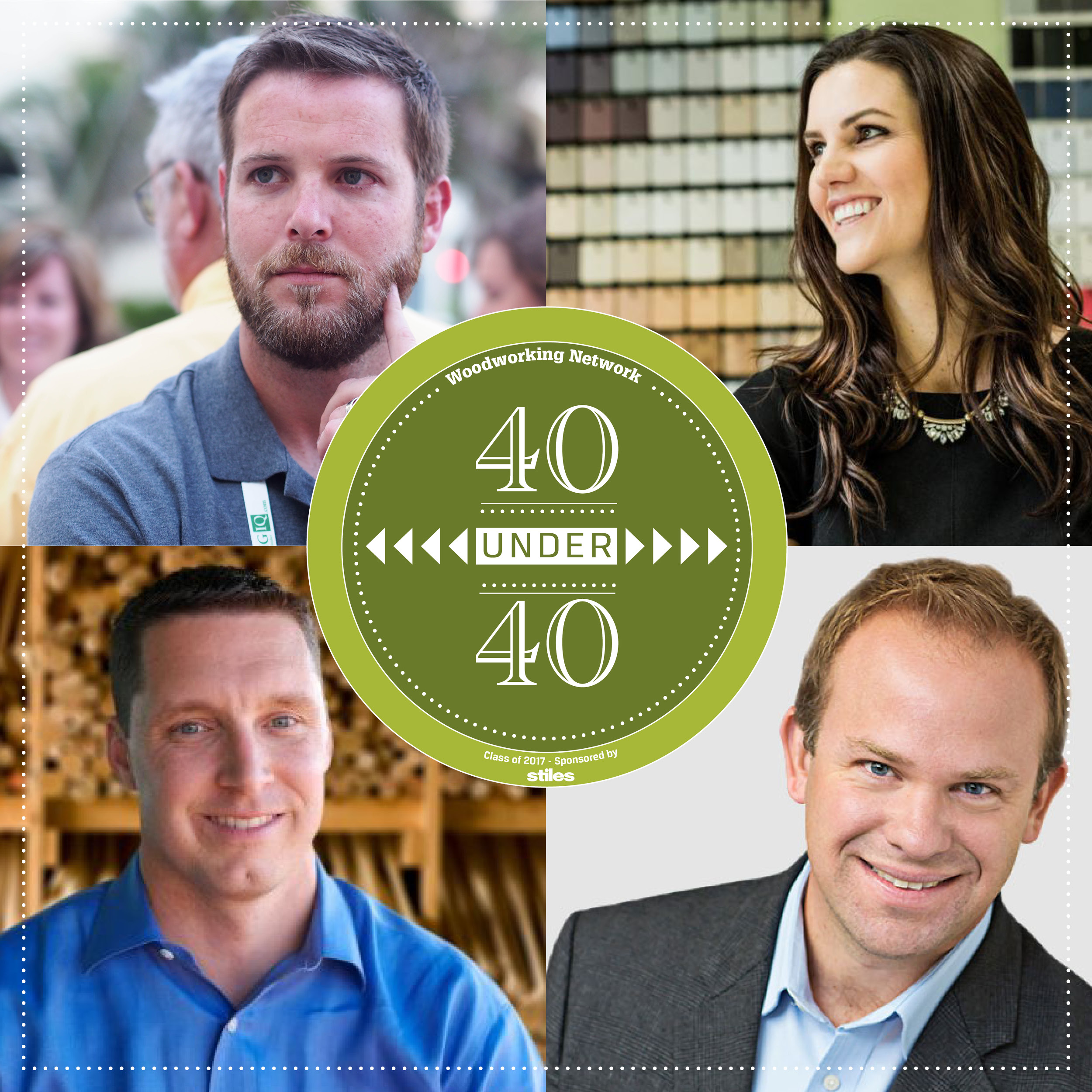 Pilotti's was a winner of the 2017 Wood Industry 40 Under 40 program, which honors the next generation of people likely make an impact on the wood products manufacturing industry in North America. Awards presented at the Leadership Conference at the Las Vegas Convention Center on July 18.
Pilotti's award recognized his successful entrepreneurship in launching a successful custom furniture and cabinetry business that he built from the ground up. His vision of running his own furniture shop, creating timeless pieces of furniture using the finest techniques has come to fruition.
Following his studies under master craftsman at Thaddeus Stevens School of Technology, he added historically inspired designs to produce heirloom quality furniture. Building his business to ensure his family would be financially secure, Pilotti was described by his nominator as " Determined. Thoughtful. Committed." Says Pilotti, "Entrepreneurship is living a few years of your life like most people won't, so that you can spend the rest of your life like most people can't."
Learn more about Wood Pro Expo.