Sam Stoltzfus opened what is now known as Keystone Wood Specialties Inc. in 1972. His leadership has led to a history of growth and numerous awards for his dedication to safety. Photo credit: Karl Diffenderfer

Sam Stoltzfus' commitment to the safety of his workforce has led Keystone Wood Specialties Inc. to be recognized as one of America's Safest Companies and earned him the 2006 Jerry Metz Achievement Award.

Every day, Sam Stoltzfus, president of Lancaster, PA-based Keystone Wood Specialties Inc., rides around his shop making an effort to greet each of his 55 employees. Scooter-bound due to his continuing battle with muscular dystrophy, this year's Jerry Metz Achievement Award winner does not let his disability slow him down.

"I've never let it keep me from doing something, going somewhere or getting involved in something" Stoltzfus says. It is a philosophy that has become a driving force in his personal, as well as professional, life.

Since the beginning, Stoltzfus has not let anything hold him back from growing his business and achieving his goals. He opened S. D. Stoltzfus Cabinet Shop in 1972 (it became Keystone Wood Specialties Inc. in 1984) at the age of 21 and began making kitchen and bath cabinets while buying doors from a supplier. Four and a half years later, he bought machinery to make his own doors, as well as expanded his business while he rented another building to offer cut-to-size plywood for large home centers. Things changed and the business shifted to only making cabinet doors.

"That was a big switch, because it was like starting all over again. It was tough going for a couple years, to bring everything to the quality level we wanted," Stoltzfus says.

From there, Keystone has grown, and Stoltzfus' efforts at improving safety, productivity, quality and customer service have not gone unnoticed.

Safety Is Key
Under Stoltzfus' direction, Keystone has earned nationwide recognition for its achievements in safety, while at the same time increasing productivity, improving customer service and building a welcoming environment for employees. In the past two years alone, Keystone has been cited numerous times for its safety efforts.

In 2004, Keystone earned OSHA's SHARP certification. In 2005, it was one of 12 companies to receive Occupational Hazards magazine's "America's Safest Companies" award. Additionally, it was named one of the 50 best places to work in Pennsylvania for companies with less than 250 employees. Currently, it is a finalist for the 2006 Pennsylvania Governor's Award for Safety Excellence.

"[Safety] is a way of thinking," Stoltzfus says."It's a mentality that the employees have to buy into to make it function and make it work properly. If you have management trying to push safety down their throats, they won't accept it."

At Keystone, safety is more than a mentality "it is a way of life." The company employs a full-time safety and compliance coordinator whose job it is to oversee the safety committee and set up safety programs and training. In addition to machine training, employees receive training for safety, first aid and fire extinguisher use.

"Sam provides all the resources and time needed for employee training without hesitation, and is a leader for safety himself," says Dave Landis, safety and compliance coordinator at Keystone. Stoltzfus, Landis adds, is committed to achieving the best and safest working conditions.

"His primary focus is to deliver a quality product with good employees in a safe environment," echoes Phil Bibeau, executive director of the Wood Products Manufacturers Assn., of which Keystone is a member.

Not only does the commitment to safety mean a healthier workforce and less time lost to accidents, but it also translates into big savings, less turnover and other incentives. Since 1994, the State of Pennsylvania has offered a 5 percent discount to companies that set up and maintain a certified safety committee. The SHARP certification Keystone earned from OSHA keeps it from receiving surprise safety inspections.

To improve safety around the equipment, Keystone utilizes a computerized preventative maintenance system, originally developed by Stoltzfus' brother, Omar. The system tracks each machine's history, including purchase date, repairs, maintenance, etc., and alerts maintenance personnel of any required repairs each day. All machines are kept in top operating condition to ensure safety and productivity, Stoltzfus says. Keystone is currently in the process of packaging the software for other companies to use.

Stoltzfus notes that these programs allow the company to be proactive instead of reactive. "A big part of having a safe company and reducing injury with employees is to have your machinery in safe operating conditions," he adds.

It is also a proactive position that Stoltzfus takes in the day-to-day operations of the factory, spending much of his time on long-term planning, improving safety and productivity and seizing opportunities for growth.

"Sam has very good business sense," says Chris Bingaman, vice president of sales at Bingaman & Son Lumber Inc., a supplier to Keystone. "He is able to understand what the customers want, what the markets are doing, what his market niche is and puts the right pieces in place to take advantage of that niche and profit within it."

"He trusts the people that work under him, and he lets us do what we're best at," says Keystone Plant Manager Bob Lehman.

Additionally, Stoltzfus knows that when business pulls him away from the shop, he is leaving it in good hands. "I can't do the physical work anymore," he adds, "so I just manage to surround myself with the right people who are able to do it."

The Formula for Success
Recently, Keystone completed a 20,000-square-foot expansion, with which it hopes to quadruple productivity in the next 10 years. Stoltzfus admits that is a lofty goal, but is certain that it is attainable. 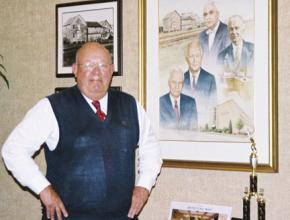 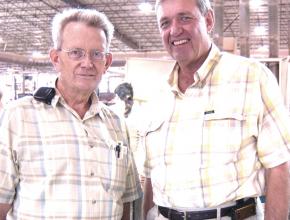 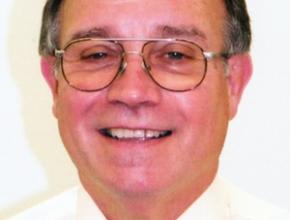 In Praise of Learning