Last time, we were considering the state of the modern wood products company, with respect to recruiting and keeping its employees. I hinted at the fact that higher education is actually a competitor for your best future employees.

The first image in the slide show below is an interesting infographic from the video "Timber! There's a Gold Mine Out There" shown above produced by the members of the Keystone Wood Products Association (KWPA),  a wood industry association here in Pennsylvania. The video, which is intended for viewing by middle-school and high-school students, begins with an educational story about the environmental value of sustainably-managed forests, and then goes on to provide the young folks with a look at the wood products industry, its role in harvesting the forest and converting the wood to value-added products, and the types of careers to be had. This infographic is especially interesting for a little-discussed issue in many high schools...in this case, that 85% of all the jobs in this particular industry can be had with simply a high-school education and on-the-job training. In other words, without the investment of time and money in higher education.

Recognizing this, the members of the KWPA decided to get into the education business themselves, and produced the video. Their intent is to show young folks that careers in the industry are green, interesting, and available to all, not just those with higher education. Which is not to say they're against higher education...in fact, they discuss careers specifically requiring post-high school education. But they also send the message that a great and fulfilling career can also be attained simply by succeeding in high school and working hard on the job.

Woodworking: A Rewarding Career
This message may seem a little sacrilegious to two or three generations of folks who were raised to think that a college degree is required to succeed in today's America. But I can tell you from personal experience, it just isn't the truth anymore, and probably never was. Sure, in a whole bunch of professions, higher education is an absolute necessity. But because the market balance of labor has shifted and technology has greatly improved, blue-collar jobs in most cases, such as in woodworking, are now just as safe, secure, and profitable as most white-collar jobs. And for those who like to work with their hands and be a part of seeing things made, they can be tremendously rewarding. Not everyone was created to be chained to a desk.

So the first message to wood products companies looking to hire future superstars is, get out there and develop your own educational message, and compete for those young hearts and minds. Spend more time involved in local school and civic activities...keep your company name out there, and make yourself and your company accessible to young folks who might just have that spark of interest that, left unfanned, will be doused by peer pressure to join the lemmings on their march to the university. You'd be surprised what a simple message in the high-school newspaper or on the high-school baseball team's outfield fence will yield.

The Challenge of Retaining Workers
But getting them is really the easy part. Keeping them is vastly more important, and difficult.

Do you know your workforce? Really? What motivates those who stay to stay, and those who leave to leave? What makes some employees grow into great employees with twenty years of experience, and others to linger around with one year of experience, twenty times?

The time of most human resource managers (or owners, in smaller businesses) are tied up with making sure employees are legal, safe, minimally trained, and paid. There just isn't much time for personnel development beyond that, with orders and regulatory deadlines to meet. But employee turnover is a primary reason! If you could retain your best folks, and gradually weed out the slackers (after getting to the root cause of their poor performance), then you could spend more time improving the ongoing improvement of your workforce...which is the real key to the competitiveness and success of your business.

One thing I sometimes suggest to companies is to look at their employee behaviors statistically. When you ask companies why employees leave, they will rattle of a list of reasons, mostly faults inherent in the employees themselves. But there are underlying causes that will help you improve your company, if you examine them analytically. For example, look at this chart. It shows a company history of employee terminations categorized by the numbers of years of employment at termination.

From this, we see some results that may be familiar to you. A high number of employees terminated in the first year of employment, and an even higher number of employees staying with the company for more than twenty years. Sounds like a typical company, and one that offers a fairly stable work environment.

But it offers a few pieces of data that provide areas of investigation. First, let's look at the first year terminations. Naturally, a few of them just didn't work out...they were unreliable, they dislike the work, they moved, or got thrown in jail. But what of the others...the ones who were working out great, and then just surprised you by taking their last paycheck and quitting on the spot?

I once had a young man march into my office and quit in his seventh month on the job. I was flabbergasted. I had recruited him out of a college half a country away, and he was already one of my favorite employees. He was hard-working, and I frequently complemented the quality of his work. I could tell that he would someday be one of the company's best employees.

But he gave as his reason for his leaving...that I disrespected his work. I thought I was hearing him wrong. Yes, yes, it was true...he was a degreed wood scientist and I simply didn't recognized the full contribution he brought to the research team. Then, he added, he and his wife really didn't like East Texas...the slow service in the local restaurants drove them crazy.

I didn't realize the validity of his second point until I moved to the Northwest a few years later. Yes, he had a point. East Texas restaurants are a little slow. But then again, everything in East Texas is a little slow. There just isn't much of a need to be in a hurry there. Most of us think that part of its charm. This fellow (and his wife, he made a point of saying) obviously didn't find it so charming.

But I have a suspicion that if I had recognized the first point, that of perceived disrespect, and taken appropriate steps to help the fellow feel a little better about his job and contribution, the fellow and his wife could have learned to slow down a little with the rest of us, and he would have contributed to our efforts for a lot longer that seven months. Which would have made us a better team.

Now, back to our termination graph above. What of that increase in terminations in the fifth and sixth years of employment? The natural assumption is that they grew in their job, became more highly qualified, and turned that experience into a new opportunity with another company. But did they necessarily have to leave? Or did the company environment make that the easiest path for them to take?

The easiest out for companies to take is that the competition paid them more than they could afford to keep them. But paradoxically, these are often the same companies that maintain that rate of pay isn't everything in a job. And they would be right. But while it may not be everything, it certainly is a primary factor. The fact is, we have to become more creative with what is sometimes called "at-risk" pay, compensation in the forms of bonuses, profit-sharing, perks, etc.

Most companies have at-risk incentives for at least higher-level white collar positions in the company. But think about it...given their training and expectations of performance in their jobs, are white-collar employees any more in need of incentivization than other employees? And couldn't incentivization produce just as good results in the blue-collar positions as they do elsewhere? View it from another perspective...couldn't poor attitudes on the shop floor hurt the company just as badly as poor attitudes in the front office?

When you really think about well-trained employees, usually your best, leaving for another company for a 10-20% increase in pay, and then think of the impact on the operation of losing that person, you may realize that an increase in pay, especially if it could be made as incentivized pay, would be cheap indeed.

Finally, what about all those employees that stayed on for 20+ years? Good for them. But have you really analyzed why they stayed on while others didn't? What made them special? Try this - break them into two groups, one of those that you think of as good, productive, employees, and the other as those who stayed on because they probably had to. Which group is larger? If it is the second, your company environment is rewarding the wrong things.

Cleaning Up the Industry's Image
I'll leave you with one last story. One of my first assignments out of college was to work with a team of managers and supervisors of a wet-process fiberboard plant. It was a big, hot, sweaty, dark place with leaky pipes and steam shooting everywhere. I loved that place.

One day, I called a meeting to outline the components of a continuous improvement effort I thought would help motivate employees and improve efficiency of the operation. It was going badly. At the time, their production numbers were down due to process problems, they were behind on orders, and upper management was pushing hard. And now they had to listen to a dumb college boy tell them how to improve the place. They were not in good moods, and their silence at my suggestions showed it.

I was working hard to get the enthusiasm in the room turned up a little. But I believed in what I was saying...that the plant really could become a different kind of place to work. That it could be fun to work there again. And then, in a final bit of over-the-top enthusiasm, I blurted out, that we could turn that plant into a place that we would be proud for our children and our grandchildren to work in.

For a second, there was dead silence in the room. They, as they looked from me to each other...they simultaneously burst out into the loudest, heartiest laughter that plant has probably ever heard. These guys were killing themselves precisely so that their kids and grandkids could stay away from that hot, smelly, steam-bath. My suggestion seemed so preposterous, it was just hilarious.

I have to admit, I laughed right along with them. In the moment, it was really funny.

Since opening its first store 56 years ago, IKEA as of last year operated 345 stores in 42 countries. Some 775 million in-store shoppers and 1.2 billion web visitors led to total sales of EUR 29.2 billion (approximately $39.7 billion).

But they were wrong in the root of their laughter. Even if they couldn't turn that old plant into a place where they wanted their kids to work, they would have been far better off for trying. And if they had, and the company had really supported their efforts, the last thirty years around there might have been a lot better, and more profitable.

After all, as the saying goes, it's not the destination that matters, but the journey. 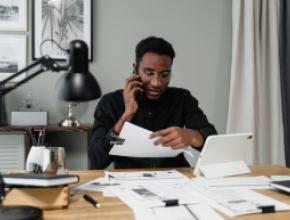 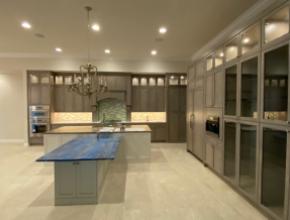 Bids tighten up in Pricing Survey 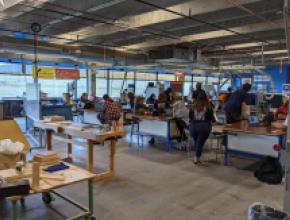