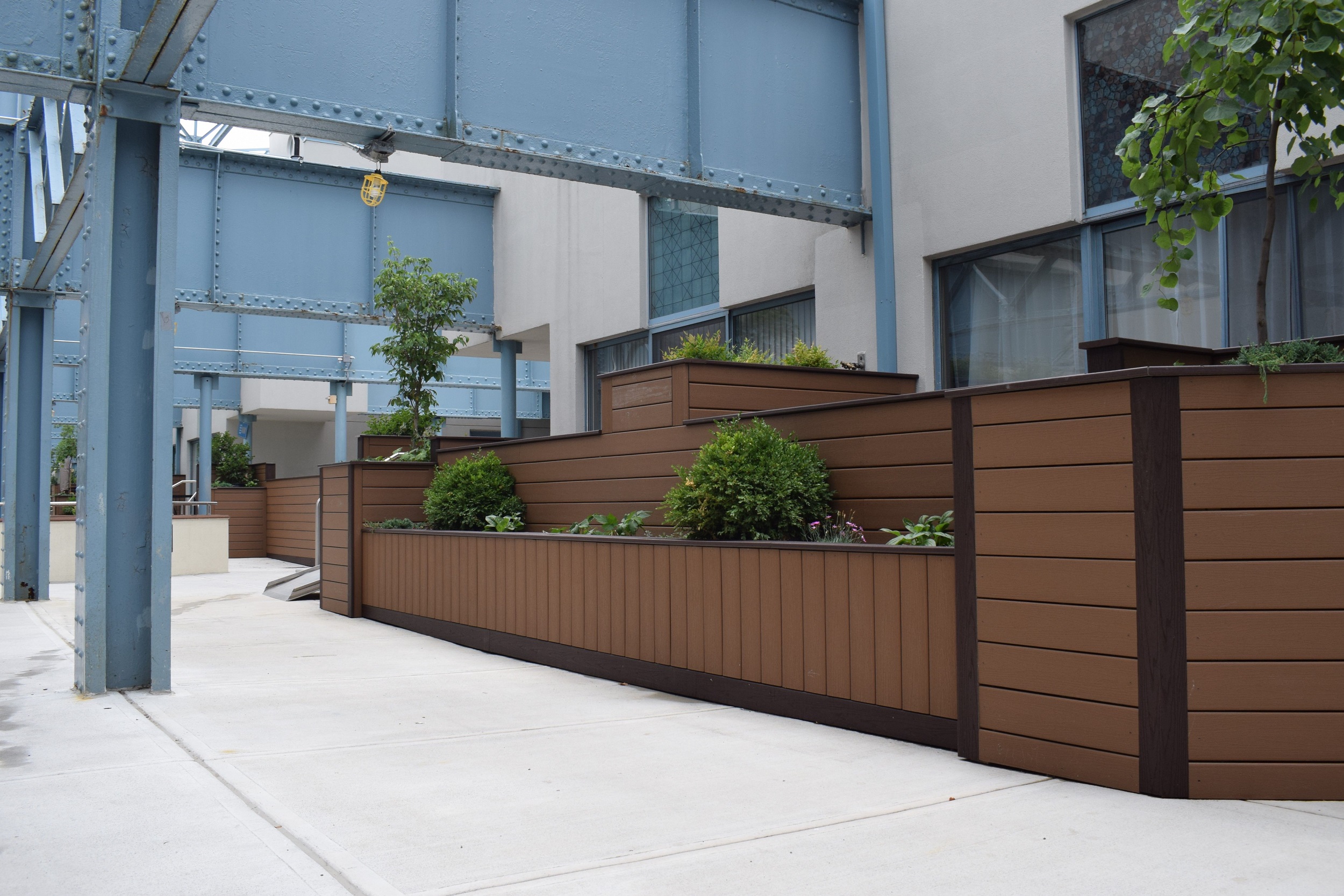 This story was submitted by City Decks Inc.
PHILADELPHIA - Named for its founder, Philadelphia’s Penn’s Landing has evolved into the epicenter of the Delaware River Waterfront and one of the most popular commercial and residential districts in the “City of Brotherly Love.” As a tribute to its rich origins, the area maintains a historical ambiance evident in local business themes and preserved architecture. Pier 3 is one structure that exemplifies the city’s penchant for a symbiotic blend of the new and the old. 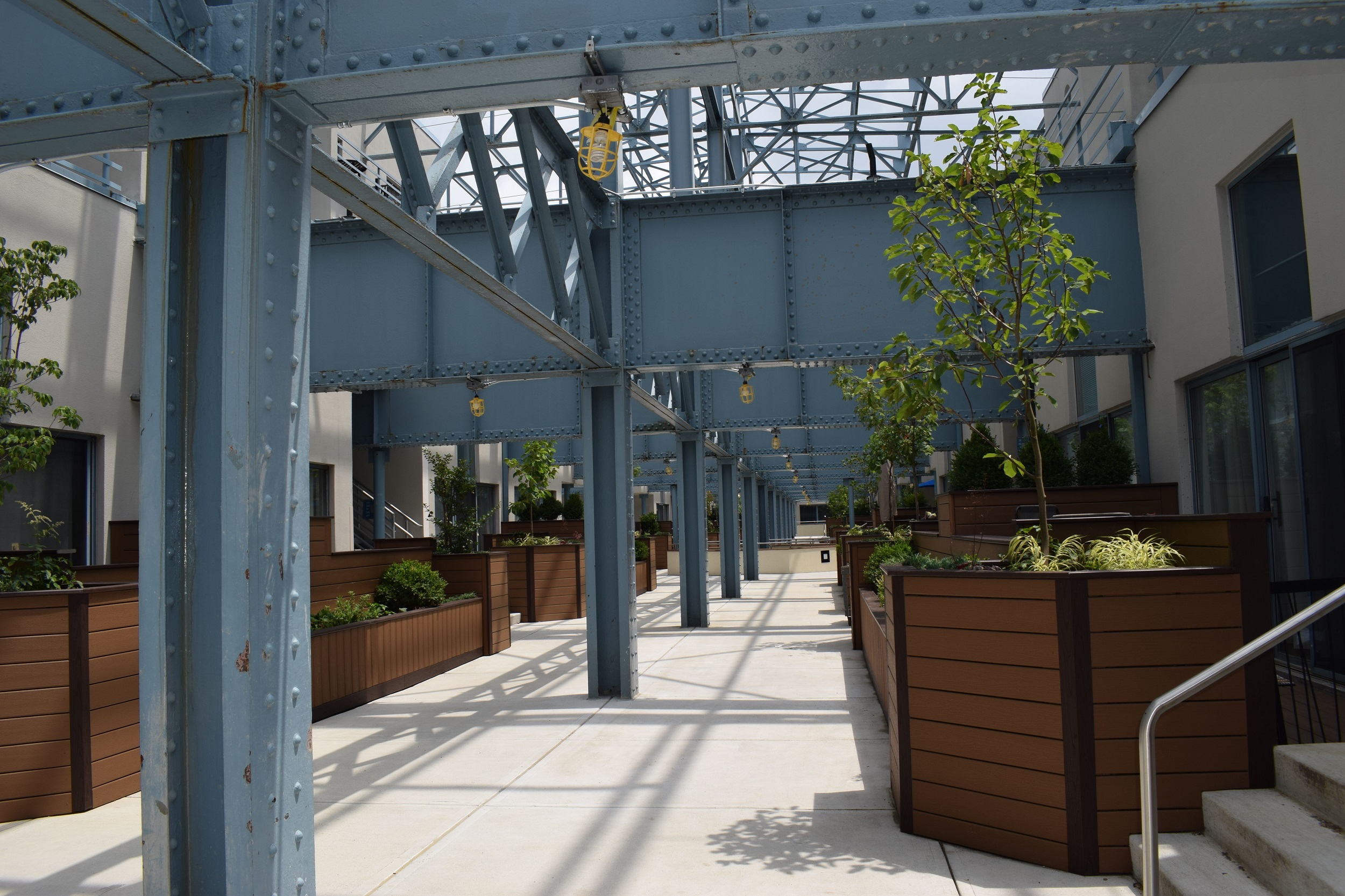 Nearly a century ago, Philadelphia established The Department of Wharves, Docks and Ferries to handle its flourishing international and domestic trade. Pier 3, constructed in 1922, was one of several warehouse piers designed to implement state-of-the-art cargo-handling technology to accommodate growing foreign, inter-coastal, coastal and Delaware River trade. The expanded capacity and increased efficiencies helped distinguish the wharf as one of the greatest shipping thoroughfares in the nation.
Although post-World War II advances in cargo logistics eventually left Pier 3 abandoned, some innovative developers chose to preserve the bones of the original structure and gradually repurposed it into some of Philadelphia’s most sought-after living quarters. Currently, the jutting pier supports a mixed-use community of condos, restaurants and shops. In its latest enhancement, Yanni Tsakiris, the Philadelphia-based owner of City Decks, Inc., was tagged to craft rooftop decks for the Pier 3 Atrium, an expansion that will ensure that Pier 3 residents have everything they need within their wharf neighborhood. 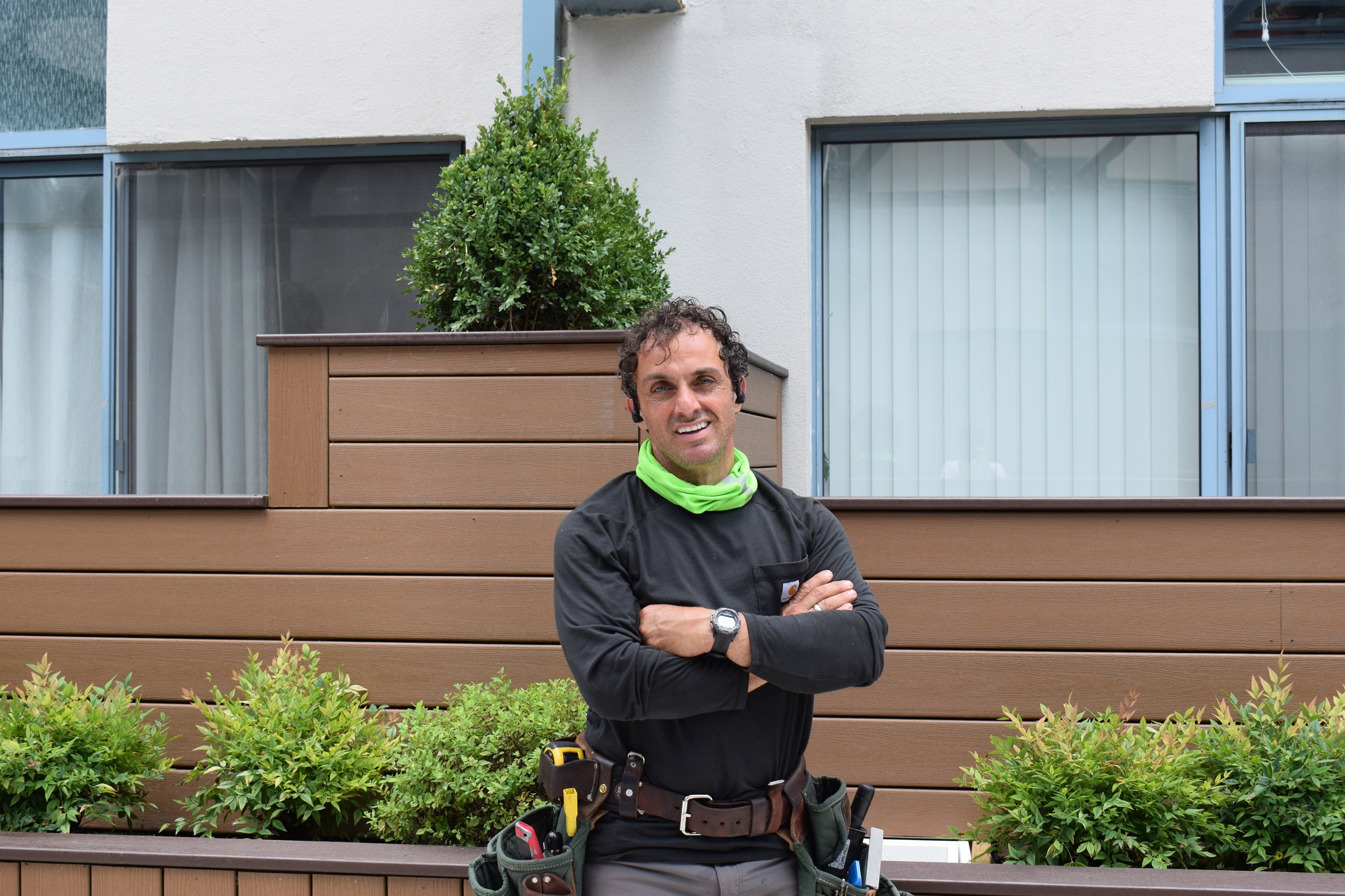 City Decks owner Yanni Tsakiris
Although in the heart of Penn’s Landing, one resident remarked, “I can be in a frenzy of activity one minute, then take a short walk to my riverfront condo where I’m in the middle of the Delaware River. It’s awesome.”
The nautical layout of the complex, however, caused some logistical challenges for Tsakiris and his crew during construction. With its three-story atrium and limited pier access, the builder saw no feasible option for using the common method of crane and pulley to load deck boards. They resorted to driving a van down to the pier and hand-loading 400 deck boards a day onto the site—which cost them valuable time.
To increase efficiencies, Tsakiris sought out a fastening solution capable of securing the composite deck boards to the planters, walls and floors with speed, reliability and consistency.  He researched Camo Edge Clips, a one-pass fastening deck clip system which eliminates partial clip installation while providing automatic board spacing and easy alignment of deck boards. Ideal for an urban rooftop builder, Edge Clips were designed as a solution to mitigate the labor shortage and make grooved deck fastening faster and easier. 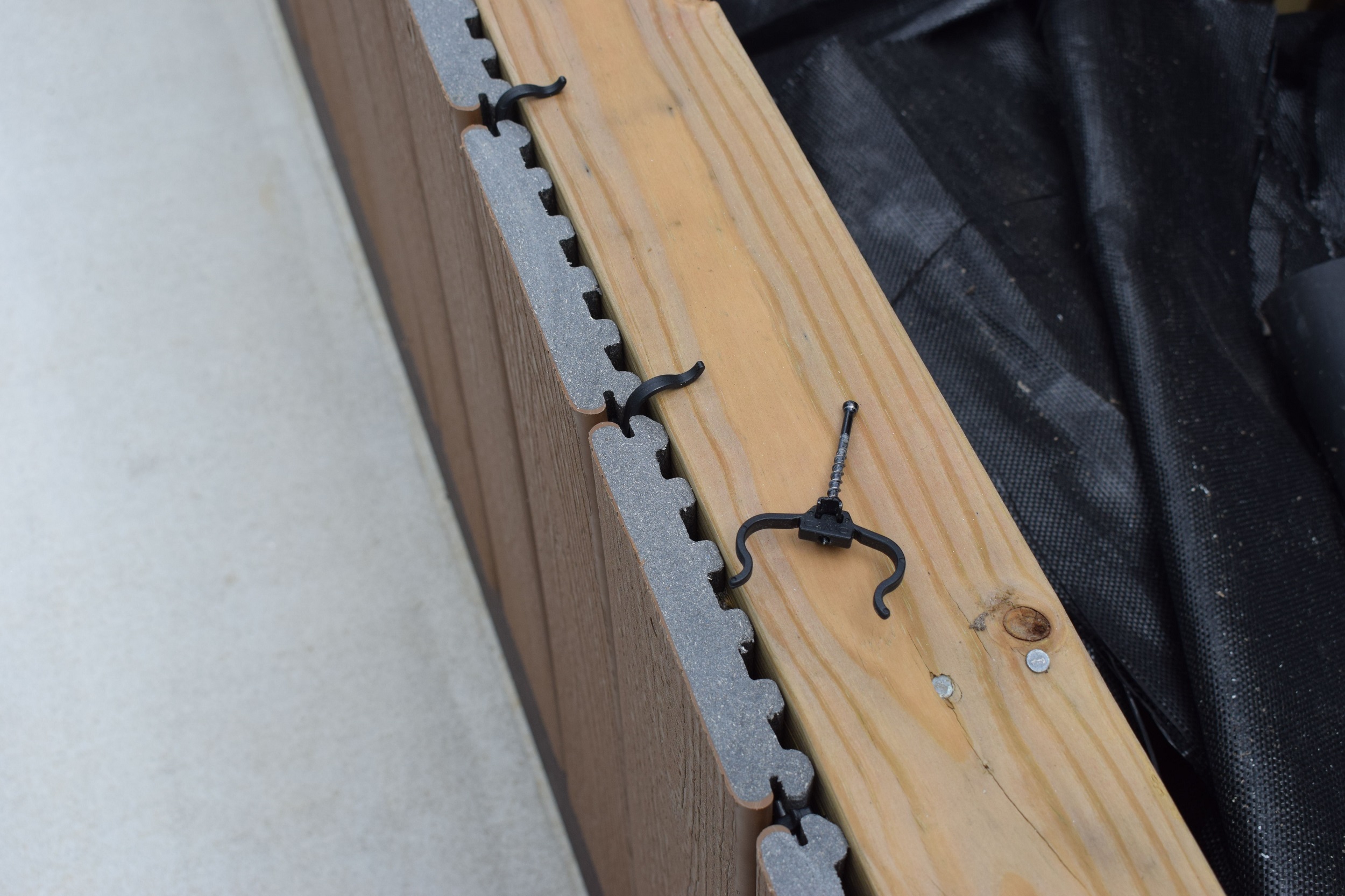 “We have 74 giant planters cladded with deck boards and 28 composite decks, each about 100 square feet. We estimated about 14,000 Edge Clips, with another half a pallet at the shop. We worked from the bottom up, with the planters held together by the clips and backed up by a face-fastened screw on the bottom, sides, and top cap.”
Tsakiris explained, “When you have a four or five-member crew and 40,000 sq. ft. of composite decking, the fastening system has to be seamless and efficient. Camo Edge Clips are incredibly easy—and fast—the perfect answer for securing the decking and horizontal cladding.” 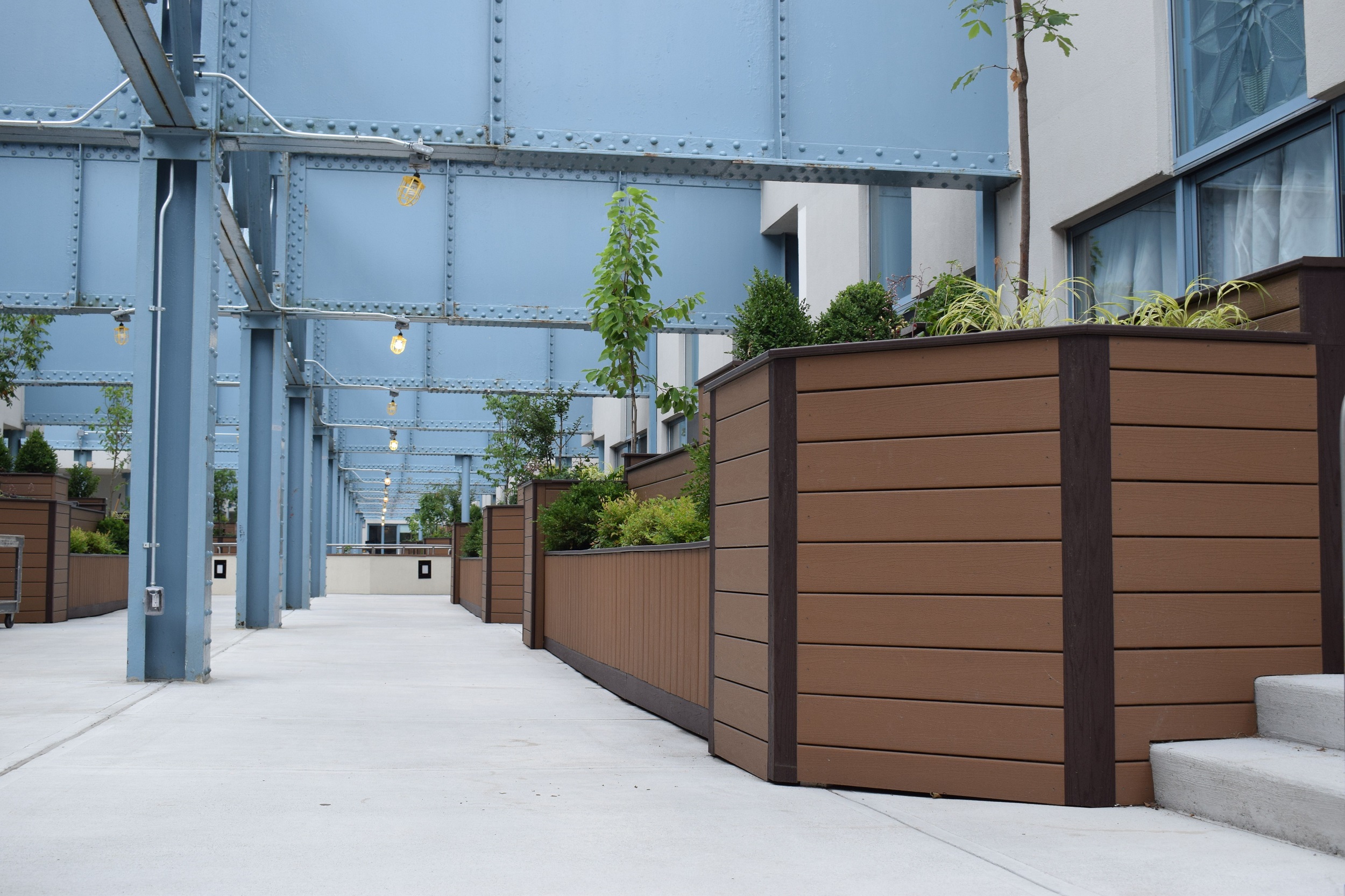 Tsakiris worked closely and received technical and supply channel support from Greg Hartmann of Camo. “Greg was a big help in learning about the clip installation. He was able to provide videos on the technical aspects, and the Camo Sales Rep John Mollica worked out a deal with Tague Lumber, our local supplier, to bring the product in.  From then on, we just fell in love with it.”
“In fact I might start taking more time off with these clips because it becomes an absolute no brainer for my crew," joked Tsakiris.
In the past, Tsakiris had used another clip system that required a hose and gun. “With old-style clips, my guys would have to leave the compressor in the yard and drag the hose up to frame or fasten –if the hose got snagged or the gun accidentally dropped, it could ding the boards or roof. It wasn’t even feasible for elevated decks, which are becoming a bigger portion of our business.”  He added, “It was also awkward to line up the clips and forget it if you have to take a board out. With Camo Edge Clips, if there’s an issue, we can take out the board without damaging it and put the same board back in.” 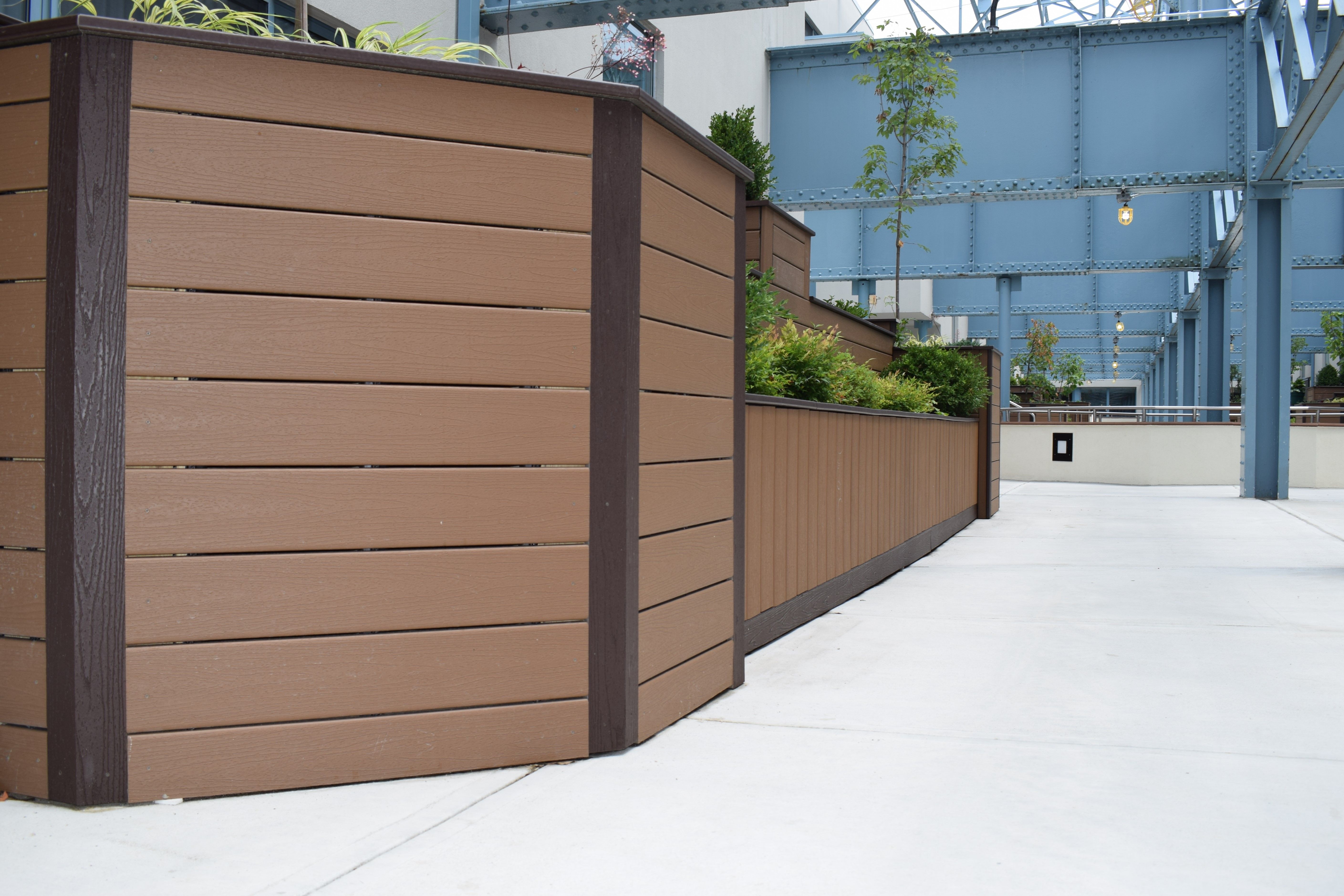 They are also backed by a Camo warranty for use in the top manufacturer’s boards, so Yanni could confidently use them to install the Trex decking throughout the Pier 3 project. For the privacy walls, Yanni chose a Trex Enhance composite board in a grooved profile in color Beach Dune and opted for Toasted Sand for the floors. He also used Trex Transcend’s Vintage Lantern color for capping and corners. “Composite decking ensures that each planter, privacy wall and deck will demonstrate superior water, fade and stain resistance, durability and won’t rot, warp or splinter like wood,” Yanni noted.
In these days of widespread skilled labor shortages in construction, commercial contractors like Yanni require tools that help them work leaner, smarter, and more efficiently.  With one-person installation, it also keeps workers well separated in the age of COVID-19 and need for social distancing on jobsites.
"I am able to create a true jobsite production team when I have tools at my disposal like Camo Edge Clips,” said Yanni. “They’re virtually fool-proof—anyone can use them—and we need less set-up for large-scale projects, rooftop decks or other challenging environments. This promises to be a game-changer for my business.”
https://www.camofasteners.com/
CAMO is a registered trademark and EDGE Clip a trademark of National Nail. 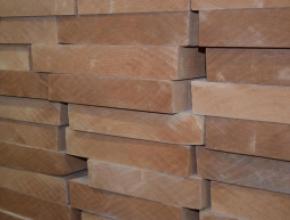 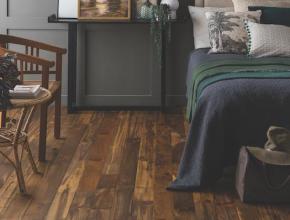