BLACKSBURG, VA -- The National Institute of Food and Agriculture (NIFA) has awarded a consortium of land-grant institutions in the South, which includes Virginia Tech, a Coordinated Agricultural Grant to study the effects of climate change on southern pine forests.

In making the announcement, Paul Winistorfer, dean of the College of Natural Resources and Environment, said, "The five-year grant will study climate change mitigation and adaptation as it relates to southern pines, particularly loblolly. It reflects a lot of hard work and cooperation with many researchers. Securing this level of support is a very impressive effort."

The 34 million acres of southern U.S. pine forests produce more timber than any other country in the world. These forests sequester 12 billion metric tons of carbon each year, 36 percent of the carbon sequestered annually by all forests in the lower 48 states.

Forestry is a major economic engine in the economy of all southern states. Virginia forests provide more than $27.5 billion annually in benefits to the commonwealth, where 144,000 people are employed in forestry-related industry jobs.

Thomas Fox, professor of forest soils and silviculture in the Department of Forest Resources and Environmental Conservation, is the lead principal investigator (PI) from Virginia Tech on the $3.4 portion of the grant going to his department. He serves as the overall lead PI for silvicultural research on the grant as well as the Integration Team Leader for mitigation.

In this role, Fox will help coordinate and synthesize the work of the more than 29 scientists working on the project, including scientists from the 11 southeastern universities, eight forest industry research cooperatives, and the U.S. Forest Service, as well as climatologists from the Southeastern states.
"The aim of the grant is to develop the knowledge needed to sustainably manage southern pine forests from Texas to Virginia in the face of changing climate," said Fox. "Our overall goal is to improve the health, productivity, and sustainability of southern pine forests and provide landowners the tools they need to better manage their forests in the future to mitigate and adapt to climate change."

The grant builds on more than 40 years of research conducted by industry/university research cooperatives in forestry, including two cooperatives housed at Virginia Tech: the Forest Modeling Research Cooperative, directed by Harold Burkhart, University Distinguished Professor of Forestry and co-PI on the grant, and the Forest Productivity Cooperative, directed by Fox. "The National Institute of Food and Agriculture clearly recognized the immense value of the long-term data brought to the project by these industry/university partnerships," stated Fox.

"Another key aspect of the grant was the outstanding team of scientists we were able to assemble to work on this project," Fox pointed out. Additional faculty members from the College of Natural Resources and Environment's Department of Forest Resources and Environmental Conservation who are serving as co-PIs on the grant include Randolph Wynne, John Seiler, Jason Holliday, Valerie Thomas , and Brian Strahm.

"NIFA required us to bring together a large, multi-institutional, transdisciplinary group of scientists to comprehensively address the impacts of climate change on southern pine forests. Without the expertise and contributions of the entire team of PIs at Virginia Tech, this grant would not have been possible," Fox noted.

Wynne, professor of forest remote sensing and co-director of Virginia Tech's Center for Environmental Applications in Remote Sensing, is the overall project modeling leader with Steve McNulty of the U.S. Forest Service. That team includes Thomas, assistant professor of forest remote sensing, and Burkhart, who specializes in forest biometrics, in addition to researchers at other participating institutions.

The multiscale modeling effort has several important goals: to serve as a knowledge repository for the new information gleaned from the extensive field research on southern pine tree improvement and silviculture in the context of climatic and soil controls; to help quantify the degree to which southern pines are able to mitigate rising atmospheric carbon dioxide concentrations; and to provide forest landowners and managers state-of-the-art decision tools by which pine productivity and wood quality can be enhanced while concomitantly providing important ecosystem services such as carbon sequestration.

Essentially, the modeling team will be examining the response of the southern pine ecosystems to future scenarios based on regional carbon and productivity models driven by the extensive field data, experimental results, and remote sensing.

Seiler is also working with Martha Monroe of the University of Florida on the education component of the project. Public school teachers and students, as well as undergraduate and graduate students, are integrated throughout the project.

"We will be training teachers in the role that forests play in mitigating climate change, sending undergraduates into public schools where they will teach students, and also using undergraduates as research interns during the summer," Seiler said about the significant kindergarten through 12th grade education component and Virginia Cooperative Extension outreach.

Holliday, assistant professor of forest genetics and biotechnology, will research the genetics component of the project in collaboration with researchers at Texas A&M, North Carolina State, and the University of Florida. They want to better understand the genes that underlie climatic adaptation.

"This knowledge can then be used to enhance forest health and productivity by correctly matching planting stock to changing climatic regimes," Holliday added.

Strahm, assistant professor of forest soils and ecology, will be focusing on the role and responses of forest soils to the mitigation and adaptation of southern pine ecosystems to climate change.
"I'll be working closely with the ecophysiology and silviculture teams by evaluating soil carbon and nitrogen dynamics with a specific focus on how the interaction of climate change and management affect nutrient availability and use, carbon sequestration, and greenhouse gas fluxes," he explained.

The College of Natural Resources and Environment at Virginia Tech consistently ranks among the top three programs of its kind in the nation. Faculty members stress both the technical and human elements of natural resources and the environment, and instill in students a sense of stewardship, land-use ethics, and large-scale systems problem solving. Areas of study include environmental resource management, fisheries and wildlife sciences, forestry, geospatial and environmental analysis, natural resource recreation, urban forestry, wood science and forest products, geography, and international development. Virginia Tech, the most comprehensive university in Virginia, is dedicated to quality, innovation, and results to the commonwealth, the nation, and the world. 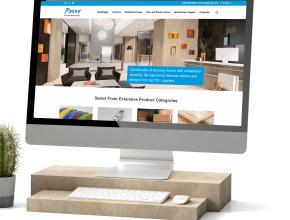