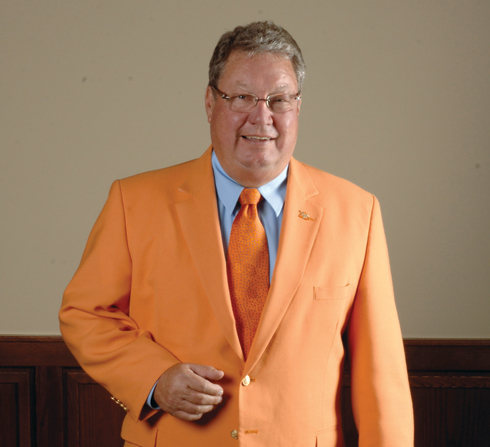 In 2008, this self-made man was listed among Forbes “400 Richest Americans.”  But Ron Wanek, chairman of Arcadia, WI-based Ashley Furniture is quick to share credit for the success.

“My son Todd became president and COO of Ashley in 1996, and became the CEO in 2002. He is to be credited for most of Ashley’s growth,” Wanek says. “Today it is his vision to continue to grow Ashley and to be the world’s best furniture company.”

And Ashley Furniture looks to achieve this goal, despite current economic challenges. Wanek says the company will address these challenges through aggressive marketing, new product innovations and by “investing heavily in the manufacturing infrastructure.”

Wanek started the residential furniture company on its illustrious path in the early 1970s. Under his direction, the company developed global sourcing, becoming one of the first manufacturers to both source and sell around the world. Wanek was also instrumental in introducing high-gloss polyester finishes to the U.S. furniture market. And through his efforts, he has transitioned Ashley Furniture from a small manufacturer of occasional tables, into one of the largest domestic, residential furniture manufacturers and a top name home furnishings retailer.

For his achievements, Wanek was inducted in the American Furniture Hall of Fame in 2006, which he says is one of his proudest achievements.. Earlier this year, he also received the American Home Furnishings Alliance Distinguished Service Award.

In addition to his philanthropic endeavors, Wanek was instrumental in the development of a memorial park in Arcadia that contains sculptures of Americans who gave their lives to protect this country’s freedoms. An accomplished sculptor himself, Wanek created 23 of the park’s statues.

Even as a small boy growing up on a Minnesota farm, Wanek was drawn to woodworking. “I watched may great uncle and grandfather make furniture, and thought it would be a great career,” he says. Indeed it has.

• Education: “some college”
• Years at the company: 50
• Years in the industry: 50
• Word that best describes
you: Passionate
• The best advice received: To start my career by working for a small company.
• The person you have
tried to emulate in business and why: Paul Broyhill, whom I greatly admired early in my career.