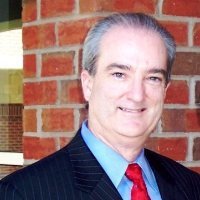 IWF 2014 is now behind us, and was a tremendous success and a positive industry event, according to both attendees and exhibitors. From the time the doors opened on the first day, activity on the show floor was energetic, positive and vibrant.

An overall sense of confidence, progress and sustainability could be felt throughout the show floor. Attendees were eager to see new technology, connect with vendors, become educated on new trends, and openly discuss needs to expand their businesses through efficiency and productivity.

Building A featured the incredibly talented furniture and creations of young students in the Design Emphasis Competition, as well as exhibitors showing new innovations and trends in design and materials.

IWF 2014 was restructured to provide the lowest possible costs to exhibitors, and thereby encourage them to take more space, bring more products and machinery, and actively demonstrate more technology. This value proposition enabled many exhibitors to expand their space over 2012 levels.

As final numbers are being audited all indications show positive growth for IWF 2014 over the 2012 show. The early reports show there were 920 exhibitors that occupied more than 448,000 sq. ft. of floor space with over 200 new exhibiting companies.

From the international perspective there were 212 exhibitors representing 32 foreign countries participating in the show. Both IWF 2012 and 2014 showed significant positive growth which bodes well for the International Woodworking Fair’s continued growth and expansion in the years to come.

IWF 2014 was truly an international event with preliminary numbers showing registered attendees from 70 countries, which represented approximately 10% of the total. Registration was 10% higher than in 2012 and increased in 47 of 50 states.

Exhibitors stated that attendees were engaged and very interested in new products. More than 108,000 leads were scanned by exhibitors who used the electronic lead retrieval system. 50% of the audience stated they expected to make significant purchases in the next 6 to 12 months. The show will certainly be a catalyst for new and positive economic growth in our industry in the months and years to come.

IWF 2014 provided the largest group of educational symposiums and sessions in its history, and attendee enrollment met pre-show expectations. As education survey results are being compiled, the attendee responses are indicating they were highly satisfied with the content of the programming.

The Countertop Pavilion was a new addition and attraction for IWF and all available exhibit space was completely sold out. Other new offerings for 2014 were the Innovation & Design Theatre in building A, the International Night and Opening Night receptions. Looking ahead to 2016, new ideas and pavilions are already being developed.

IWF is a long-term and valued partner of the city of Atlanta and the Georgia World Congress Center and contributes more than $40 million to the local economy. The IWF rooming block exceeded IWF 2012.

IWF management wants to thank our incredible team in Atlanta, our exhibitors and all attendees for making IWF 2014 a tremendous success.