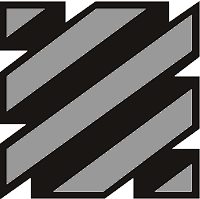 The event also celebrated the 25-year anniversary of the Charlotte, NC branch.

President and CEO Frederico Broccoli announced the plan to expland. In addition to the showroom, Frederico said the Charlotte technology center will add an additional 6,000 square feet of storage for parts and components. The company also plans to build a West Coast showroom.

"Our commitment will continue, even after 25 years, with the same patience and the same pride," Frederico said.

"We have over 6,000 customers in North America. Serving them each and every day in approximately 80 divisions. With a warehouse of spare parts, valued at an estimated 10 million dollars in the United States, we guarantee to deliver 96% of parts on the same day," Frederico added.

"We are also investing in training projects across all technical areas," he said.

"We must not forget one important thing," Frederico said in thanking US and Canadian customers, adding, "It is you who have brought us to this point. You believed in our company when it was much smaller. It is you who have given us the opportunity to realize the entrepreneurial dream of Biesse."

Biesse founder, Giancarlo Selci attended the event. Selci, who started Biesse in a small rented room with two lathe machines, took part in the ceremonial groundbreaking during the anniversary.