PROVIDENCE, RI - A combustible wood dust explosion and fire that injured a worker at Inferno Wood Pellet Inc. was "preventable," according to Patrick Griffin, area director of the Occupational Safety and Health Administration's office in Rhode Island. OSHA cited Inferno for 11 serious violations of workplace safety standards and has proposed $43,400 in fines related to the Aug 20 incident that partly demolished the building. According to OSHA, the explosion was ignited by wood dust in the wood pellet plant's production room that migrated to a retention bin.

NBC 10 TV reported that the force of the explosion threw the injured worker 20 feet. He was treated for first- and second-degree burns.

"While no one was killed, the potential for death and serious injury was real, present and preventable," Griffin said. "The lack of safeguards allowed the initial fire and explosion to occur and spread in a chain reaction to other equipment and through the plant. If this employer had adhered to applicable OSHA and National Fire Protection Association standards, that would have helped prevent the fire and explosion from occurring and spreading."

OSHA said its investigation of Inferno Wood Pellet's plant found accumulations of combustible wood dust on various locations and surfaces within the plant. "(E)mployees were exposed to wood dust explosions, deflagrations, or rapid combustion, and other fire hazards," OSHA said.

Among other hazards, the dust retention bin lacked spark detection, explosion and fire suppression devices and explosion venting systems. In addition, OSHA said the dust collection systems and dust segregation barriers were not maintained to minimize fire sources and an opening in the wall between the production room and chip room allowed a fireball to spread.

Inferno has 15 business days from receipt of its citations and proposed penalties to comply, meet informally with OSHA's area director, or contest the findings before the independent Occupational Safety and Health Review Commission. 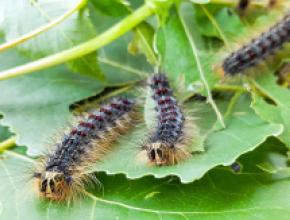 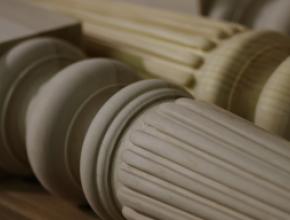 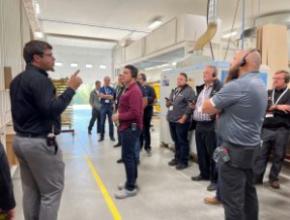