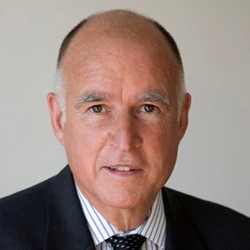 SACRAMENTO —California’s timber industry groups say they scored a big win with the passage by the California Assembly of AB 1492, a bill that eliminates regulatory fees on California timber firms, allows extra time to harvest timber, and prevents excessive civil liability for wildfires - all hot button issues for the forest products business.

“California’s laws have saddled our timber industry with costly burdens while giving out-of-state competitors a free ride—but that stops today,” said Governor Brown in a statement issued Sept. 11, when he signed the bill.

The bill will get "Californians to buy California timber,” said Senator Tom Harman, who says 70 percent of lumber used in the state is imported from nearby states and other sources, despite abundant forest lands, "causing jobs to be exported outside California. This bill brings major reform to California’s timber industry," he said.

“The diverse coalition that was able to come together in support of these imperative reforms resulted in the most significant development in California forest policy in decades," says Cheri Collins Smith, an owner of Collins Pine, calling the bill "proof that our state government can, in fact, work.” Collins operates a sawmill in Chester; it also has a Builders Supply there and in Paradise and Oroville, CA.

A draft of enforcing regulations shows solid wood products (lumber, fencing, and wood roof shingles) would be taxed, as would engineered panel and composite wood like particleboard. Furniture, flooring, and cabinets would not be taxed, according to a Sacramento Bee report.

The new law  gives companies longer harvest timber permit periods, without having to duplicate extensive environmental compliance documents, which sometimes take much of the cutting period to complete.

The bill also reduces insurance and liability costs for California companies by preventing the federal government from obtaining potentially unlimited environmental penalties against timber companies for wildfire damage, a conern for Sierra Pacific Industries which agreed to pay $55 million earlier this year in connection with the massive "Moonlight Fire" in 2007.