SUPERIOR, WI – White Cedar Shingles Inc. has been cited for nine safety violations following an investigation by the Occupational Safety and Health Administration (OSHA) into the May 21 death of a machine maintenance employee. The violations carry proposed penalties totaling $156,240.

According to the Northlands Newscenter, David Clink, 30, apparently got his arm or clothing caught in a conveyor.  He was by a co-worker found "pinned"against a machine and died of asphyxiation.

OSHA said Clink was servicing machinery that had not been locked to prevent unexpected start up.

White Cedar Shingles, which employs 10 people, was cited for two willful violations for failing to train workers authorized to perform servicing on equipment in hazardous energy control procedures and to control electrical energy sources by installing lockout/tagout devices during maintenance and cleaning of machinery.

The company was also cited for five serious violations including failing to: have guarding on power transmission flywheels and the power transmission belt on the edger; address a waste conveyor belt with visible damage on the belt edge; train and evaluate forklift operators; address a damaged electrical control button on the mill; identify disconnecting means for a mill and saw equipment; close unused openings on boxes, cabinets and fittings effectively; and install face plates and covers on electrical boxes.

Two other-than-serious violations identified by OSHA involve failing to install a mid-rail on a stairway and on a platform in the material area.

As a result of being placed on OSHA's Severe Violator Enforcement Program, White Cedar Shingles will be subjected to mandated targeted follow-up inspections to ensure compliance with the law. 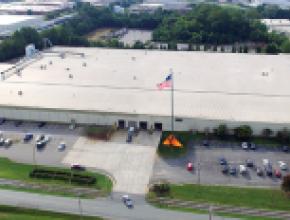