The protection of timber and wildlife took center stage this month during the triennial CITES conference, held this year in Bangkok. Of special interest to the wood products industry was the listing of rosewoods and ebonies from Asia, Central America and Madagascar for regulation under CITES Appendix II.

A CITES Appendix II listing means that trade is controlled and export permit certificates must be issued before the timber can be removed to another country. The permit certifies that the exported timber was legally obtained from the forest.

Also of note from CITES, is the creation of “passports” for musical instruments made from protected species prior to the trade restriction dates. Making international travel easier for musicians and institutions, the three-year, multi-entry passports are for personal-use instruments and cannot be transferred. In addition, the musical instrument must “be securely marked or otherwise appropriately identified” with the information included on the certificate for verification. 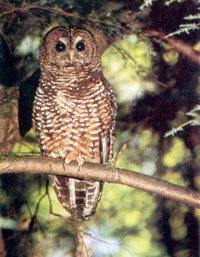 In addition to CITES listings, plants and wildlife in the United States are protected by the Endangered Species Act, which commemorates its 40th anniversary this year. Signed into law Dec. 28, 1973 by then President Richard Nixon, the ESA protects more than 1,400 species of plants and animals in the United States and its territories, designated as either endangered or threatened. Two types of cypress, gowen (Cuperssus goveniana) and Santa Cruz (Cupressus abramsiana), are included in the plant listings.

The Endangered Species Act is co-administered by the Interior Department's U.S. Fish and Wildlife Services and the Department of Commerce's National Marine Fisheries Service.