Skip to main content
Custom
General Tools MMD8P Moisture Meter Is Good on the Outside
By Scott Wunder
July 21, 2014 | 11:59 am CDT

When the General Tools & Instruments MMD8P moisture meter ($199) showed up to be reviewed, I was excited. I have moisture issues with wood – it seems like it’s always too wet to use and I don’t want to wait. Waiting takes all the fun out of opening up a log, and the longer I have to wait for wood to dry, the less of it I can sell. That is where the ol’ moisture meter comes into play. Much better than just guessing how wet the wood is, a moisture meter should tell me exactly how wet the wood is. It sounds simple enough, just put the meter on the wood or at most push two pins into the wood and take a reading, but it isn’t always that simple.

There are a range of moisture meters out there and they don’t all work the same and they don’t all read the same. I was hoping that the MMD8P from General that just showed up would be the meter of my dreams and for once make me feel confident that I knew just how wet my wood was. And it appeared that is just might. 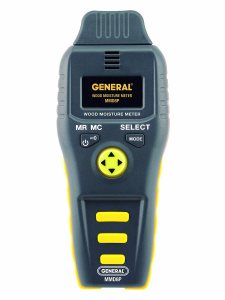 Though I wasn’t impressed with the light, toy-like feel of the unit, it has more buttons and obviously, more features than I am used to in a moisture meter. It shows the relative humidity and temperature of the environment, which is pretty cool and has a menu for selecting different wood species, which is also cool. My first moisture meter (that I still own) has paper charts for species and temperature adjustment. I don’t bother with the charts, but I will gladly allow the meter to make the adjustments for me, and the General MMD8P does just that.

The first thing I did was play with the species correction. The interface, while obviously not from the great designers at Apple, worked fine and I was able to get to the species I wanted after a quick perusal of the owner’s manual. There are more than enough species to choose from and they are accessible by just pushing the up or down arrows until the desired species appears. It took only a few seconds to quickly flip through the alphabetical list, pick a species, and start jamming the pins into some boards.

A notable difference between this meter and other pin meters that I have used is the thickness of the pins. These are stout, less like pins and more like cones. My first thought was, “Now, these pins won’t break. Finally, pins that won’t break.” They are built like a tank compared to the pins on my Delmhorst (which often break), but after using them, I am not sure that it’s an advantage. I felt like the pins didn’t penetrate very deeply, which made my readings feel even more like surface readings instead of core readings. It also seemed like the pins wanted to eject themselves from the wood, and any difference in pressure while taking a reading resulted in a variance on the readout. If I pushed hard, the reading might be 9% and when I let up a little, the reading could be 12%. Unfortunately, there is no way to know which of those numbers is accurate. In my head I want it to be the drier number, but my heart knows it’s the wetter number, or even worse.

The display on this unit, which is touted as a major selling feature is big and bright and can be configured to display critical information in a few different ways, though I imagine that most users will pick one option and just stick with it (most likely the one that shows all of the information and not a truncated selection). I chose a display option which shows the moisture content reading very large, which seems to just make sense. After all, that’s what it’s for.

I moved around my shop from board to board checking to see how it worked and finding the moisture content of random boards – most of which were around 10%. That is fine if it is accurate, but at the same time very disheartening, and here is why, in the form of a little more background.

As I mentioned, I have a moisture meter, a Delmhorst J-lite, which was the first meter that I purchased. It is a pin-type meter, just like the General MMD8P and it always reads 9-10% or drier. Maybe not always, but it feels like always. I think it is a lazy meter and doesn’t try very hard. It says in a very monotone and cubical job sort of way, “10% boss. Next reading, 10%. The wood that you cut just a few weeks ago, 10%.” If it doesn’t read 10%, it will only read lower (even painfully low), unless I just cut the wood, where it may possibly read higher. I was so sure that the meter wasn’t working properly that I called Delmhorst. Officially, it checked out OK, but I still don’t trust it.

Since then, when I really check for moisture I like to use a Wagner MMC220 pinless meter, which takes readings 3/4″ deep using electromagnetic waves. The numbers go up and down like I expect in different woods and even in different spots on the same board. It will read 10% too, but it can do 9% and 6% and even 13%. Heck, sometimes it even does 17% (crazy, I know). I am still not sure of its absolute accuracy, but at least there appears to be movement in the numbers, and in a logical fashion – wood that is newly cut is wetter than wood that has been on sticks for a while. It will even read accurately on rough cut wood and won’t leave holes when you are checking surfaced lumber or finished projects.

So, back to my review.

I used the General MMD8P meter, and seemed to get the usual 10%ish measurement. I was testing wood that had been dried and had been in the shop awhile, so 10% or somewhere from 9-11% made sense. Then I tried an 8/4 chunk of walnut that I had cut only two weeks earlier. Funny enough, I didn’t get 10% like I expected, but I apparently pushed the meter a bit and got it to go to 13%, which at least told me it was wetter than normal (for reference, it should have read off of the scale, or at lease 30%). I thought, “Here we go again – another ten percenter!”

Now it was officially time to get to the bottom of this, once and for all. This new meter has the right look, it has all the extra buttons, it has a fancy display, but why must it always read 10%. I knew the walnut that I tested was soaking wet on the inside. Sure, the surface was perhaps 10%, but if I was strong enough, I guarantee I could ring water out of the middle of that board. I grabbed the $8 per board foot wood and threw it on my chop saw to expose some of the wood in the middle and took some new readings.

The very center was very wet and read as very wet, above 40%. As I moved towards the outside of the board it got drier, and in logical increments, until the outside reading of, you guessed it, 10%. That was good news. At least this meter had the potential to read something other than 10%, and it seemed to be accurate.

I took it with me to check on the kiln progress and went through the same process with 8/4 walnut in the kiln that was nearly dry. The shells were reading dry, around 6-8%, so I trimmed an end to test the inside. The General MMD8P meter did a good job of showing me the moisture content in the middle of the board and the moisture gradient as I moved towards the outside, just like it did in the shop. The numbers read as I would expect for how long the wood was in the kiln with a high number of 13%, and did a good job of telling me that the inside was still a little wet. So far, so good, for a pin-type meter.

I continued using the General MMD8P meter for the next few weeks. If I found myself wondering about the moisture content of a piece of wood, I checked it with the meter. It turns out that it isn’t just a ten percenter. In the shop, I got a full range of readings, and in a logical fashion. Shells were drier and when I cut into boards, the centers were wetter. The drier shells even showed a wide range of readings, again, all that seemed accurate.

The only problem is that I had to cut into the board to get an accurate reading. I know (and everyone else reading this knows) that the outside is drier and probably around 10%, but I don’t need a meter for that. I need to know the moisture content inside the wood and therefore, the overall moisture content of the wood. I need to know if the wood is still shrinking and how much shrinking it has left inside it. This is especially true in a species like white oak, for example, that doesn’t give up water and can be completely wet in the middle for a long time, even when the shell reads as dry.

Since opening its first store 56 years ago, IKEA as of last year operated 345 stores in 42 countries. Some 775 million in-store shoppers and 1.2 billion web visitors led to total sales of EUR 29.2 billion (approximately $39.7 billion). 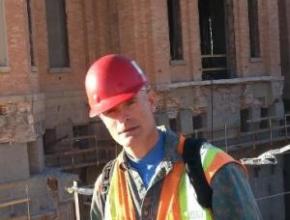 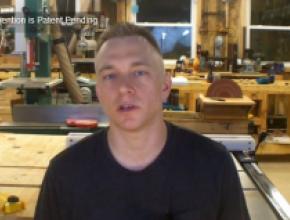 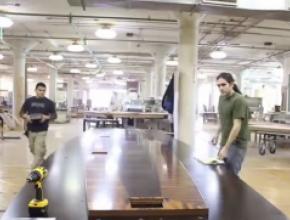