Skip to main content
AWFS Video
AWFS Products
AWFS News
Video
Ditch the programmer with Thermwood’s AI-equipped Cut Ready series
By Angel Kipfer
June 17, 2019 | 6:51 pm UTC
LAS VEGAS - Thermwood’s Cut Ready Series is the first CNC that doesn't need a programmer according to the company. Instead, it is already equipped with an AI programmer that the company has named “Artie”.
Artie is a cutting edge, artificial intelligence engine built inside the Cut Ready control. Without the use of pre-programmed libraries, the company says Artie is capable of creating programs for tens of millions of unique products and of learning how to make and do more new things. 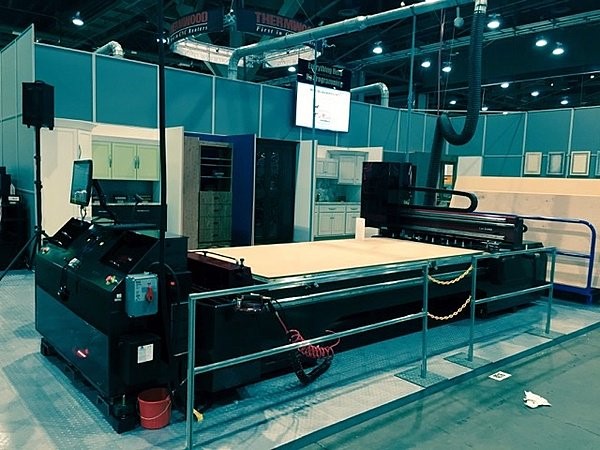 The series includes the Cut Ready 43 and the Cut Center, both of which can be operated as a traditional CNC router. With the latter, the company says that Artie moves beyond just programming to guide the operator through the entire production process in real time so a trained machine operator is not required. The Cut Ready 43 does require an operator, however.
The company says that in addition to guiding the user through the production process, Artie also provides videos if clarification is needed. The AI is also capable of managing tooling, keeping track of routine maintenance, problem solving, and vacuum pump management.