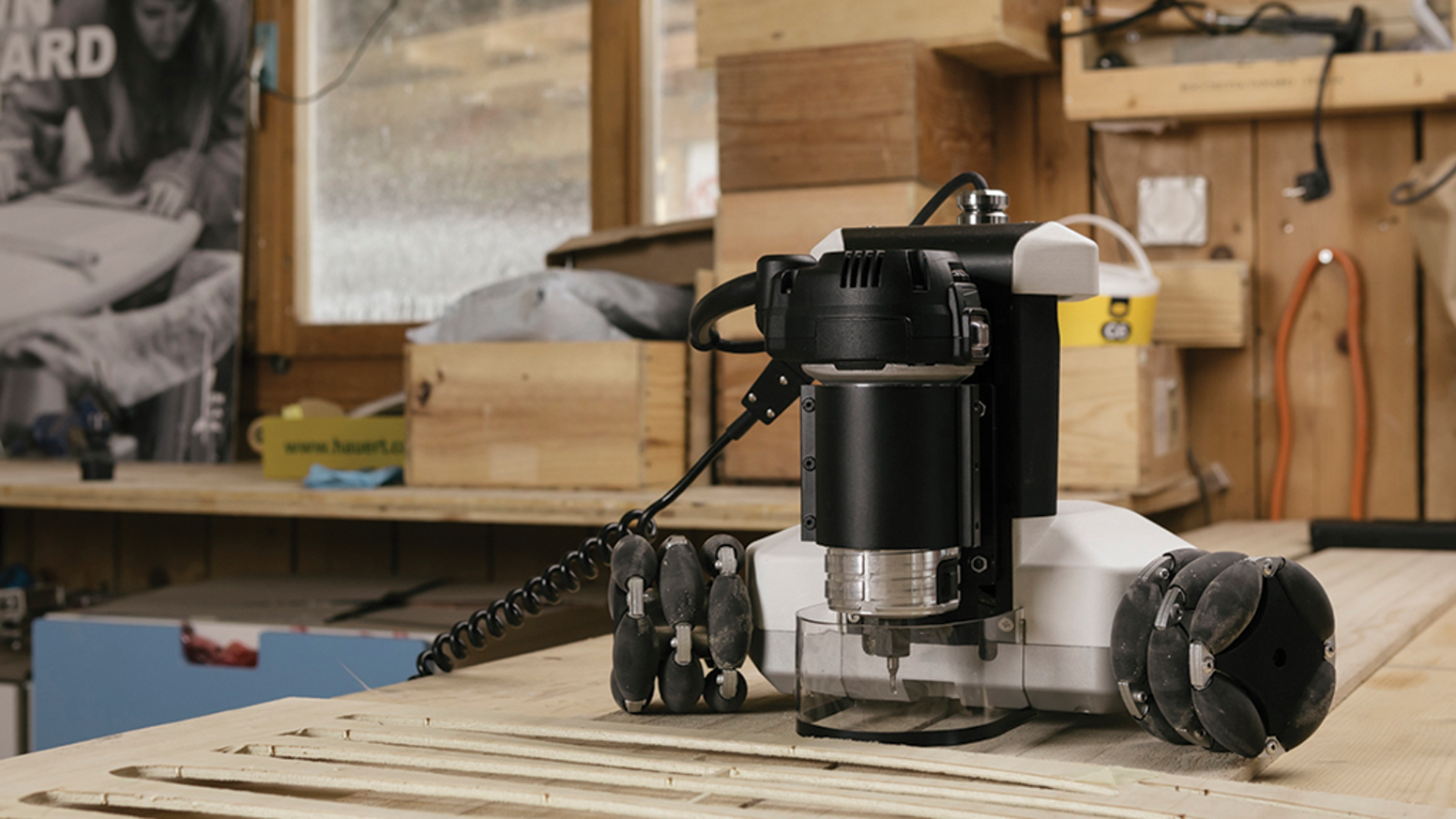 MILAN, Italy – Springa Srl has announced that Goliath CNC, reported to be the first portable and autonomous robotic CNC tool, will be available through an online pre-order campaign starting this spring.

The pre-order campaign will give subscribers the chance to reserve a Goliath CNC at a discounted price and receive it by fall 2021. A limited number of robots will be released, orders can be placed on http://goliathcnc.com, and the campaign will close as soon as all available units have been booked.

A CNC without a frame, Goliath can be positioned directly on the work surface. It can be placed anywhere and when the project has been completed, it can be packed away.

The key to its functionality lies in its patented radio frequency communication, which updates Goliath's position relative to the work area 100 times per second. This allows Goliath to know where it is with an accuracy of 0.1 mm - or 0.004 of an inch. This also allows for correction in case of loss of wheel traction.

There are effectively no work area limits thanks to the unique sensor system which can be repositioned multiple times.

Goliath can work on new or downloaded designs. The user can supervise the work progress from the computer. The CNC router also has an integrated dust collection system.

Following delivery of the Goliath units to the first backers who supported the earlier crowdfunding campaign, the team will be working on mass production. By the end of summer 2021, all the backers will have received their Goliath CNC System. The R&D team is focused on fine tuning Goliath’s Slingshot software thanks also to the feedback received from the first backers.

Springa is an Italian startup founded by designers and engineers developing robotic tools for digital fabrication, with the vision to give more power to craftsmen and professionals, enhance jobs and create new market opportunities through easier access to fabrication technologies. Its design, production, research and development, and assembly are all performed in Italy. See http://www.springa.tech