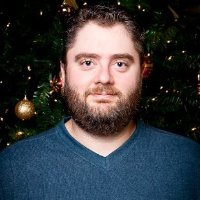 Picking up on that story of a grit sequence on a sanding machine, and two different ways of getting the job done at customer in Rochester, NY.

We noted that when a sanding belt is cutting correctly, the abrasive grains are tearing through the surface under low pressure, fracturing the wood and leaving it soft and very open.

Subsequent belts remove that scratch pattern completely, without going further into the solid wood underneath.

But if we take too much material for a belt to handle, the belt will not keep up with the stock removal. The excess material that is not removed fast enough will start to create serious pressure against the resin coat that holds the grains into the belt. This will result in several adverse consequences

One: It will compress the wood structure, effectively work hardening the surface with the heat and pressure. The material will not be removed by the earlier belts, but will be compressed into the surface, leaving massively more actual material to be removed by the later belts in the sequence.

Two: The rubber drums will start to give more under the pressure so the hard and soft parts of the wood will generate surface unevenness and hard and soft areas (and varying openness). The scratches can vary across the whole surface so much grinding will be necessary to get it all out. The result is an uneven, polished surface with hard and soft spots and no consistency at all.

Three: It is very common to rip grains out of the belts that become lodged in the part being sanded. This will cut a tiny groove into the next belt or two and cause what most sandpaper guys refer to as a “static line”. It is not a static line, but over pressure on the grains causing the belt to be torn apart.

The affect this has on producing orbital marks is a subject for another article. (Wouldn’t we all like to know where orbital marks REALLY come from?)

On paper, the original grit sequence should easily be able to remove the required amount of material.

According to all the big time sanding gurus, this is the perfect ratio and therefore the perfect grit sequence for this situation.

The reality of this situation is that the first head is completely maxed out, the second is not, but how long will a maxed out 120 grit belt be able to produce an accurate part thickness for the next head? What happens when the uneven assembled door corner joints come into the first head? It can be as at least as high as the total stock removal (.015”) higher than the top of the part! Now the first head is removing .025” in a few spots on every part. The result is heat and pressure and both are enemies to good sanding.

An optimal grit sequence will never max out every belt in the sequence. The lower grit belts will usually be taking closer to their maximums, but this is due to accuracy limitations in the machines and to the tiny amounts of removal required. If we optimize this grit sequence, then the stock removal ratios that all the “big time” sanding gurus advocate go where they belong, right in the garbage!

I really didn’t want to overload my customer, so my conservative starting recommendations for a grit sequence on this machine are as follows: 100, 150, 180. This sequence will handle most of the actual stock removal, but also leave a much more consistent color and an open grain. The 100 grit can remove .017” total, 150 can remove .006” and the 180 can remove .004”.

Now For the Set Up.

My second head and 150 grit belt must take at least .005“ to remove the 100 grit scratch. I will not worry about taking any extra on this belt as this should be enough. We are not removing anything lower than the original scratch pattern.

My first head will be taking whatever the first two heads don’t. We really don’t know the exact amount. We never did! The differences in the part thickness and joints will change this number constantly. If we actually take .015”, as we wanted to remove with the original sequence. Then the last two heads will be removing about .008”. That is more than 50% of the theoretical normal total! (I think all the old school sanding gurus just feinted!)

Does this mean that we are set up wrong? Or does it mean that we have more capacity than we are using, and it is set up for the correct scratch pattern, instead of some silly ratio?

Let’s remember the deviation on the parts that inspired a lot of this in the first place. We are removing .030” in some spots, not the .015” over the majority of the surface. Now the first head is removing .018” in some spots and .003” in others. Now, do you see what I am trying to get across? Suddenly the ratio model almost fits, but only when we reach the top end of the grit capacity. Who would want to push this to the limit all the time?

The really huge improvement in belt life and quality of scratch would have been 80-120-180. His machine has the combi-head in the last position so it can easily handle skipping a grit between the last two heads. It sounds scary to many folks, but with the right stock removal head to head, it is a much better choice for this situation. Skipping a grit is easy when the next belt in line is actually only removing 50% wood and 50% air, understanding that we are not removing solid wood, but only the earlier scratch pattern.

( The old guard are in the background yelling, “He’s crazy! Don’t ever skip a grit!”)

The net benefit from either the 80-120-180 or the 100-150-180 grit sequence is a much more open scratch, much less time sanding by hand to remove the scratch pattern left by the wide belt as it will not be polished or hardened at all. Tip of the scratch peaks to the bottom is only .001” and it is the easiest sanding most folks have ever seen. It is typical to reduce cross grain sanding from several minutes a door to under 10 sec. per rail.

Swirls are massively reduced if the sander sands only to the bottom of the scratch. (Oops, I am giving away another potential article!)

I hope this series gave you some ideas on how to best achieve your finish requirements. Paying attention to the minimums to remove a scratch are just as important as the maximums to achieve an open scratch. Establishing a base scratch with the first head, then removing only that scratch, is the key to opening wood grain and keeping it open.