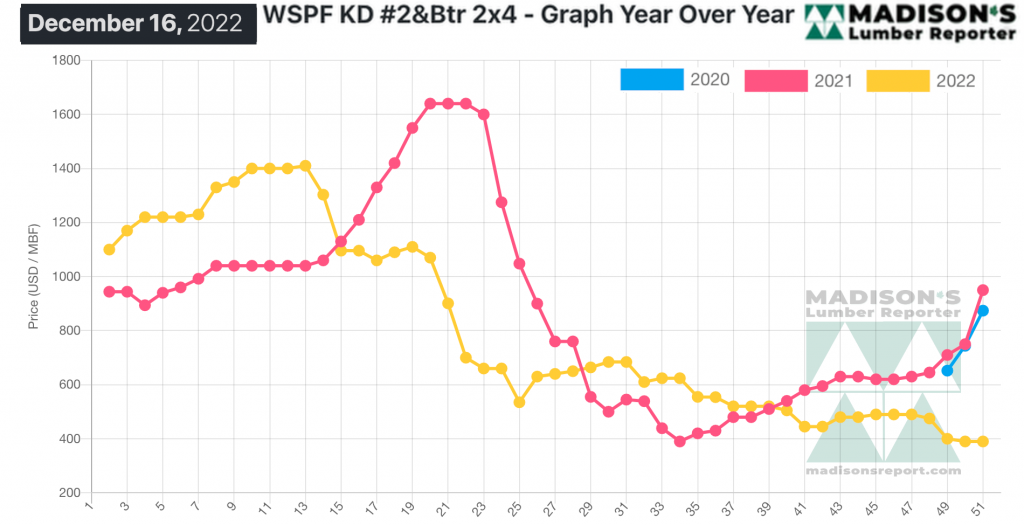 This year ended with lumber prices wavering around what can be considered the “new normal,” according to the latest Madison's Lumber Reporter.

The unprecedented volatility of the previous two years does seem to be behind us. For the second half of 2022, the price of benchmark softwood lumber item Western Spruce-Pine-Fir KD 2×4 #2&Btr ranged between US$630 and US$390 mfbm, providing an indication of where the future seasonal price cycle will be. No one thought that these prices would stay at the incredible high of US$1,600 mfbm in spring 2021; however folks should be aware that the previous 10-year low of US$200 mfbm is equally unlikely.

This is because cost-of-production has changed completely, essentially doubling, across the continent.

An embargo by CN Rail in the Vancouver, BC, region has apparently resulted in major service delays, putting more pressure on trucking availability. For now, low transit volumes helped to downplay this development’s effect on the transportation sector.

Demand for Western S-P-F lumber commodities in the United States closed out the year not with a bang, but with a whimper. Buyers remained silent, electing to ride their lean inventories into 2023, making virtually no participation. Most lumber prices stayed at the previous week’s levels, with a couple more commonly-traded items hovering on either side of up-or-down.

Producers noted dampened inquiry and continued to gear down operations ahead of scheduled shutdowns for the Holiday break. Reports indicated sawmill order files anywhere from prompt to the week of January 2nd. 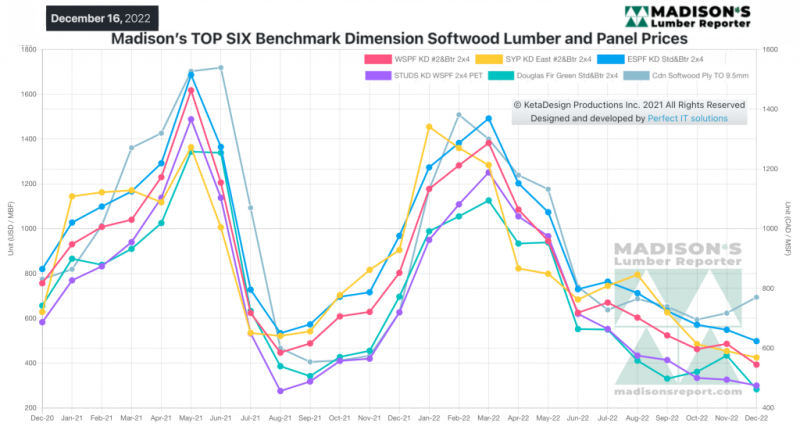 The curtailment announcement from a large BC producer the previous week generated no momentum of Western S-P-F sales. Buyers sat on their hands, barely even bothering to short-cover amid languishing demand and deepening winter weather. Sawmills held most of their asking prices static, with a few R/L bread-and-butter narrows trading on either side of the previous week’s levels.

With the majority of buyers fixing to close out the year with nearly-depleted inventories, many suppliers expressed optimism that 2023 will start off strong. Time will tell. Meanwhile, producers did some housekeeping to prepare for holiday shutdowns, with offer lists getting slimmer by the day.

“Demand for Western S-P-F studs dragged along according to suppliers in Western Canada. Buyers remained cautious, feeling no pressure to cover any more than short-term needs despite their depleted inventories. For their part, producers held their asking prices at the previous week’s levels as they continued to wind down operations in advance of the approaching Holiday break.

Prompt offerings on more plentiful trims like 2×4- and 2×6-8’s were slim, but demand was correspondingly slow. Stud mill order files on tighter items such as 2×4- and 2×6-9’s were up to three weeks out.” 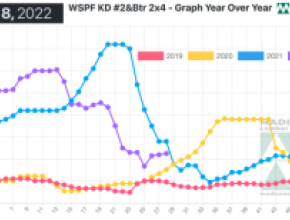 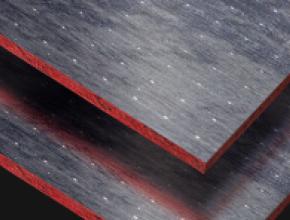 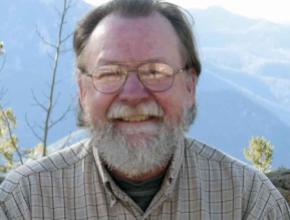 Join Will Sampson on the 'Path to Professionalism' at WPE Florida