ORONO, Maine - More than 250 federal and state officials, business executives, and officials from the University of Maine gathered last week to witness the university's latest achievement: The world's largest 3D-printed object from the world's largest 3D printer.
That object? A 25-foot, 5,000 pound boat made from CNF, a wood-based plastic.
“Maine is the most forested state in the nation, and now we have a 3D printer big enough to make use of this bountiful resource,” said Sen. Angus King. “Today marks the latest innovative investment in Maine’s forest economy, which will serve to increase sustainability, advance the future of biobased manufacturing and diversify our forest products industry." 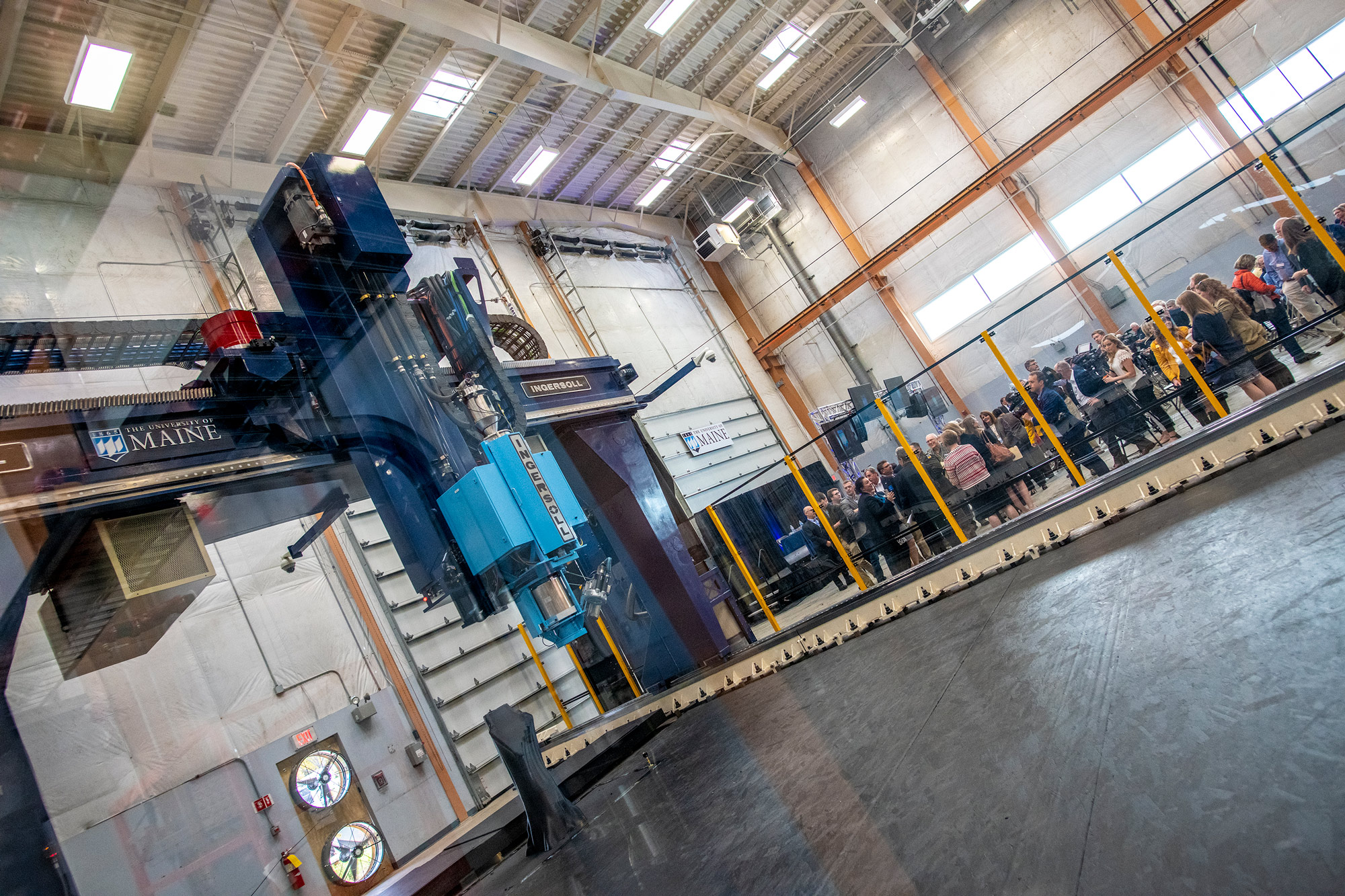 For its feat, the UMaine Advanced Structures and Composites Center picked up three Guiness World Records, earning one for the world’s largest prototype polymer 3D printer, one for the largest solid 3D-printed object, and one for largest 3D-printed boat. The boat was printed in just 72 hours.
[[{"type":"media","view_mode":"media_original","fid":"109720","attributes":{"alt":"","class":"media-image","typeof":"foaf:Image"}}]]
Last May, three U.S. senators, the U.S. Department of Energy, and the UMaine launched a major $20 million initiative to advance 3D printing with wood. That initiative brought forth the capability to print objects as long as 100 feet by 22 feet wide by 10 feet high, and the ability to print at 500 pounds per hour. The one-of-a-kind printer will support several ambitious initiatives, including development of biobased feedstocks using cellulose derived from wood resources, and rapid prototyping of civilian, defense and infrastructure applications.
The collaboration will provide students, faculty and companies associated with UMaine’s Advanced Structures and Composites Center access to the assets of Oak Ridge National Laboratory - the U.S. Department of Energy's largest science and energy lab. ORNL researchers, in turn, will gain access to UMaine’s facilities and expertise in cellulose nano fiber (CNF) and composites.
Printing with 50 percent wood promises to open new markets for the pulp, paper and forest products industries, says UMaine.
As a forest product, CNF could rival steel properties, and its successful incorporation into plastics shows great promise for a renewable feedstock suitable for additive manufacturing, says UMaine. The fiber is just one of many similar materials on the rise.
UMaine also showcased a 3D-printed, 12-foot-long U.S. Army communications shelter. The new printer will support programs with the U.S. Army Combat Capabilities Development Command (CCDC) Soldier Center and its mission to develop rapidly deployable shelter systems for soldiers. Other use areas include concealment applications, structural shelters and high-temperature fire retardant materials for vehicle-mounted shelters.
Learn more here.