VANTAA, Finland – The WISA Woodsat, the world’s first wooden satellite successfully completed its stratospheric test flight earlier this month. The nano-satellite was designed and constructed to “hopefully” withstand the harsh rigors of space orbit, according to the mission team.

In the test, a functional model of the WISA Woodsat climbed 19 miles into the sky tethered to a weather balloon. The satellite’s camera captured a selfie video of the balloon popping at which time the tiny satellite parachuted back to earth. It was recovered intact lodged in a spruce tree.

The 10cm (4-inch) birch plywood panels that formed the test satellite and a duplicate “spare” version, were manufactured at UPM Plywood’s Savonlinna factory designed to the CubeSat standard popularly used in educational science programs. The Finnish company sells its construction-grade panels under the WISA trademark, hence the satellite’s first name. The panels were thermo-vacuum dried and processed on a CNC machining center.

After machining the panels for the satellite’s housing, they were individually vacuum packed to prevent contamination during transportation to Picosun Oy. There, atomic layer deposition technology was employed to apply an ultra-thin layer of aluminum oxide on the surface of the panels. Aluminum oxide is commonly used as the top layer coating of pre-finished hardwood and laminate flooring because of its scratch-resistant properties.

In the video below, Tommi Takanen, director of UPM Plywood Savonlinna mill, explains the processes used to make the WISA Woodsat plywood panels.

Researchers have carefully examined the effects of the stratosphere on the test model. The spare WISA Woodsat will undergo rigorous testing at the European Space Center at Transinne, Belgium, to determine what improvements, if any, might be made. WISA Woodsat is scheduled to launch this fall with a Rocket Lab Electron rocket from the Mahia Peninsula launch complex in New Zealand. Once in orbit more than 300 miles above the Earth, the WISA Woodsat will deploy antennas and a selfie camera mounted on an extension arm that was 3D printed.

According to UPM, the mission of the nanosatellite is to test the applicability of its WISA birch plywood, and wood in general, in spacecraft structures by exposing it to extreme space conditions, such as heat, cold, vacuum, and radiation. The only non-wooden external structural parts of the satellite are corner aluminum rails.

WISA Woodsat was inspired by Jari Makinen, founder of Arctic Astronautics. The main goal of the wooden satellite program is to research the potential of using reusable materials for space exploration.

Meanwhile, a team at Kyoto University in Japan is also drawing up plans to put a wooden satellite into space in 2023. 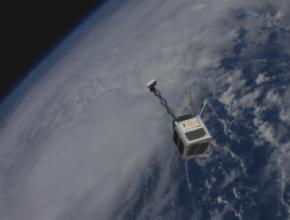 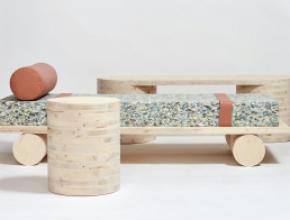 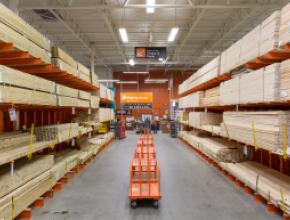