HIGH POINT, N.C. - Residential furniture orders continued their upward swing, rising 3% in November compared to the year prior, for an 11-month streak of year-over-year growth, according to the latest Furniture Insights survey of residential furniture manufacturers and distributors from Smith Leonard.

"Based on recent conversations, we had expected to see a bit of a slowdown in new orders in the last couple of months of the year," said Ken Smith, managing partner at Smith Leonard. "While the 3% increase in November appeared in line with recent conversations, we looked at the results for last year’s survey and noted that new orders in November 2017 were up 11% over November 2016. So, sometimes, I think we are guilty of comparing to prior-year results without realizing that the prior-year results would have a significant impact on current year comparisons to the prior year."

Shipments were also up for the year-over-year comparison, showing an 8% gain in November compared to previous year's figures, and remain 3% higher for the year.

Backlogs increased 1% in November, and were 9% ahead of November 2017, Smith Leonard reported.

Receivable levels increased 7%. Inventories were flat compared to October, and up 7% over November 2017.  "Inventory and receivable levels appared pretty much in line with current business," noted Smith.

"Overall, though, with orders up 6% year to date and shipments expected to follow, 2018 does appear to be a pretty decent year. Certainly, not for all, but with almost 70% reporting increases in orders, at least many had a nice year." Smith said.

"We will see what happens regarding the next potential shutdown. We also expect the severe weather to have some negative impact on many. Hopefully, the tariff issue will be settled. Most expect the 10% to remain, but there is still hope the 25% will not go into effect," he added. 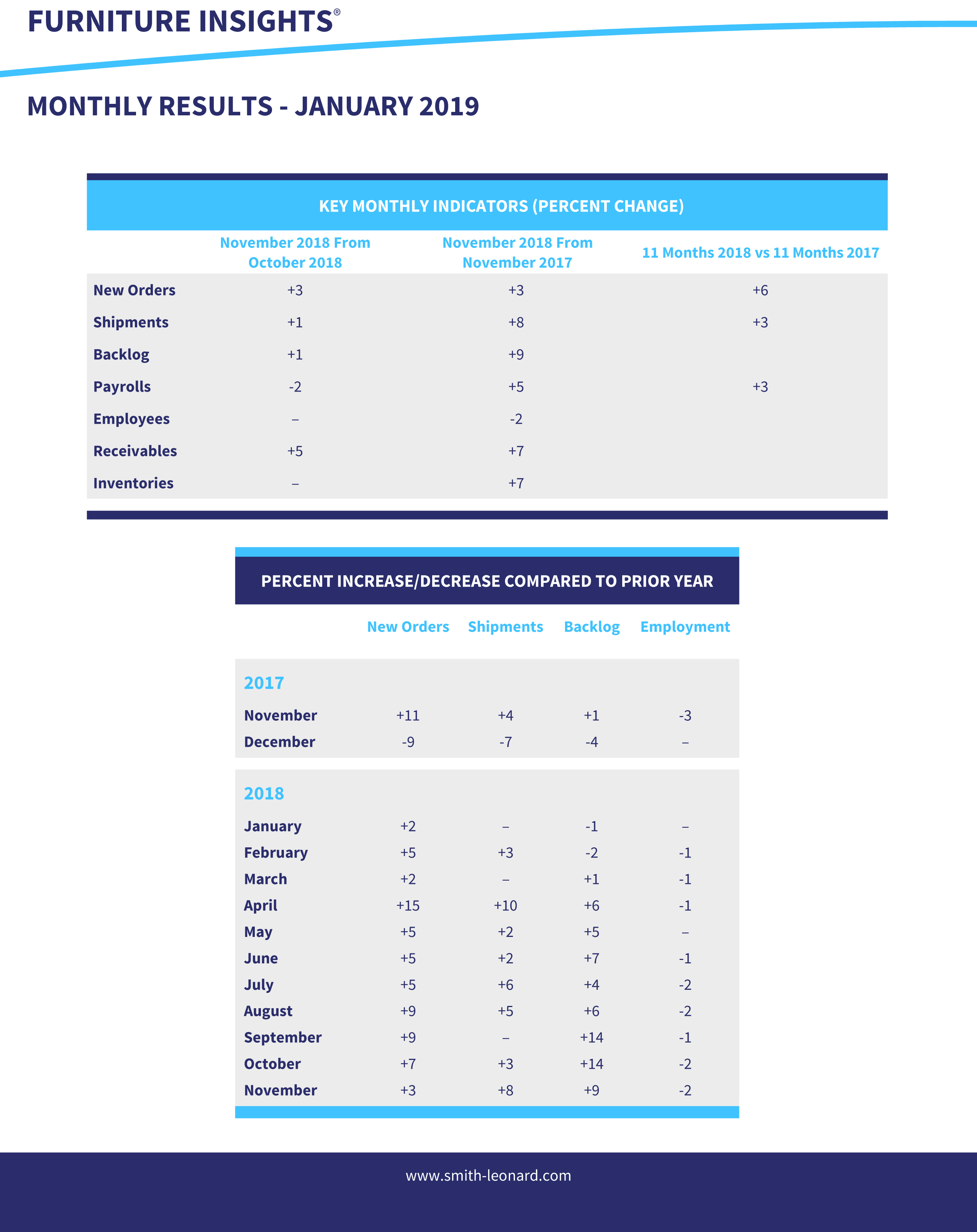