Skip to main content
Woodworking Industry News
Oak is out, hemp is in - HempWood factory opens in Kentucky
By Robert Dalheim
August 27, 2019 | 11:59 am CDT

MURRAY, Ky. - "Oak is out. Hemp is in," says HempWood leader Greg Wilson, whose 15,600-square-feet factory is now officially open for business in Kentucky.
HempWood is a reverse-engineered wood substitute with advantages over traditional oak hardwood, says Fibonacci, the company behind it. Those include a higher availability, a much quicker grow time of six months, and a 20 percent higher density. HempWood can be used in furniture, flooring, and other woodworking projects. 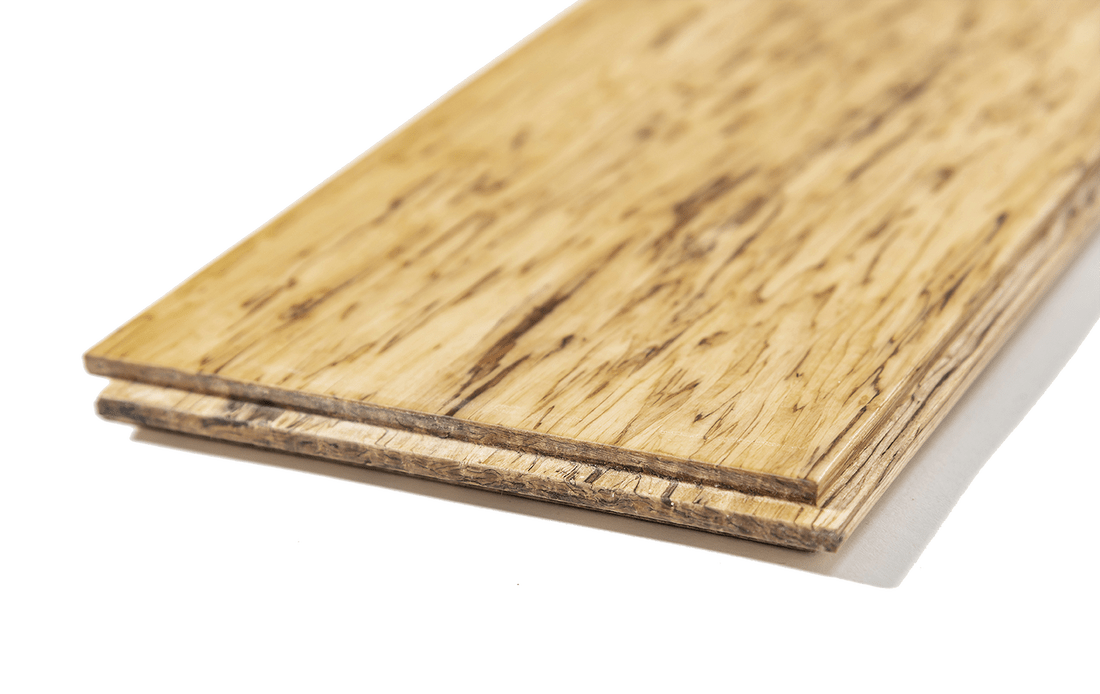 "We're taking something that grows in six months and we're able to able to replicate, if not out perform, a tropical hardwood that grows in 200 years," Wilson said at a ribbon-cutting ceremony Monday. Wilson and Congressman James Comer cut the ribbon at the ceremony, later demonstrating how HempWood logs are manufactured.
The plant will consume $1 million a year in raw materials (all coming from local farmers and neighboring counties) and have a significant impact on labor, generating another $1 million a year, WPSD Local 6 News reported.
The one-of-a-kind HempWood plant will run two presses over two shifts. Around 12 employees and three managers are needed each shift - reaching around 50 employees overall by the end of the year. Wilson is currently taking job applications at work@hempwood.com. Two people will be hired each month through the year's end. Eight employees currently work at the plant.
HempWood will be available in blocks, pre-sawn boards, flooring, and finished products such as cutting boards and skateboards at prices lower than oak.
The Kentucky Economic Development Finance Authority approved $300,000 in tax incentives for the operation. The incentives, based on performance, will allow Fibonacci to keep some of its investment by meeting job and investment targets. The company will also receive no-cost recruitment and job placement servies from the Kentucky Skills Network.
“The commonwealth’s burgeoning hemp industry is quickly gaining national attention, and this exciting project will significantly intensify that spotlight,” Kentucky's Governor Matt Bevin said. “This hardwood alternative opens up new possibilities within the construction and woodworking industries and emphasizes the capabilities hemp has across numerous sectors. We are grateful to Greg Wilson and Fibonacci LLC for locating the United States’ first HempWood operation in Kentucky, and we look forward to the powerful impact the company will have on the region’s economy and the overall industry.”
Wilson was inspired to create the HempWood product after working for a bamboo flooring company. He co-owns SmartOak, which manufacturers engineered wood products from would-be waste logs.
Wilson told the Murray Ledger that he is planning seven other HempWood facilities around the country. Wilson hopes to add another press at the Murray plant by next year and double the employees.