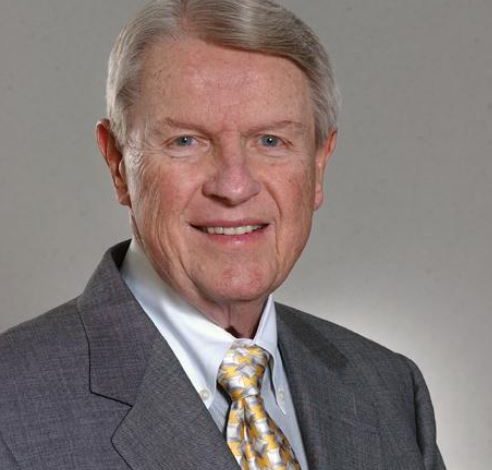 Harry M. Cornell, former CEO of Leggett & Platt and member of the American Furniture Hall of Fame died May 8.

JOPLIN, Mo. — Former Leggett & Platt CEO and American Furniture Hall of Fame member, Harry M. Cornell Jr. died at his home in Joplin on Sunday, May 8. He was 93. A cause of death was not disclosed.

Cornell, chairman emeritus of Leggett & Platt, earned a bachelor’s degree in business administration from the University of Missouri in 1950 and was also awarded an honorary doctorate of law in 2003.

In 1960, he became the CEO of Leggett & Platt and helped take it from a small regional company into a Fortune 500 manufacturing giant. The grandson of a founder of Leggett & Platt, Cornell joined the company in sales in 1950 and rose through the ranks to become president and CEO in 1960.

Over the next 52 years, he transformed Leggett & Platt from five plants and $7 million in annual sales into a $4 billion company with 130 plants in 18 countries.

In 2014, he was inducted into the American Furniture Hall of Fame as an Industry Fellow, and in 1998 he was named Citizen of the Year of Carthage, where Leggett & Platt was founded.

The couple has also given more than $11 million to the University of Missouri.

Just two weeks ago, Cornell was named Outstanding Citizen of the Year by the Joplin Chamber of Commerce.