ASHLAND, Ala. – A federal workplace safety investigation into a maintenance technician’s fatal electrocution found an Ashland cabinet manufacturer might have prevented the incident by following required safety standards.

investigators from the U.S. Department of Labor Occupational Safety and Health Administration determined a 33-year-old employee of Wellborn Cabinet Inc. came into contact with a 277-volt circuit while replacing a light fixture in a paint booth on March 16, 2022.

OSHA cited Wellborn Cabinet with eight serious violations for not verifying that circuit elements and equipment parts were de-energized before allowing an employee to install light fixtures, and for failing to use energy isolating devices for hazardous energy.

Agency inspectors also identified violations for the company’s failure to ensure employees wore eye protection when spraying coatings, paints and finishes, and for allowing workers to utilize an A-frame portable ladder to access the top of a paint booth. OSHA has proposed $115,188 in penalties.

“A worker’s family, friends and co-workers now grieve a terrible loss which might have been prevented had Wellborn Cabinet followed federal safety requirements,” said OSHA area director Ramona Morris in Birmingham. “Every worker has a right to a safe and healthful workplace and every employer is legally responsible for providing one. We encourage employers to contact us with questions about keeping their employees safe.”

In 2020, 126 workers across the United States lost their lives from exposure to electricity on the job, the Bureau of Labor Statistics reports.

Founded in 1961, Ashland-based Wellborn Cabinet Inc. is a family-owned business that manufactures kitchen and bath cabinets and employs approximately 1,200 workers. The company ranked #64 on the FDMC300 list of North America's largest companies.

The company has 15 business days from receipt of its citations and penalties to comply, request an informal conference with OSHA’s area director, or contest the findings before the independent Occupational Safety and Health Review Commission. It was not clear when the company needs to respond. The agency released the states on Sept. 27. 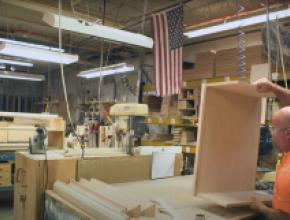 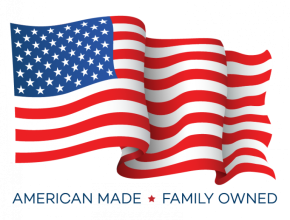 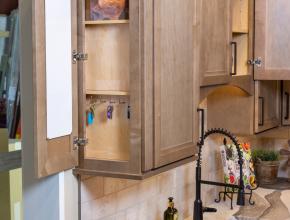 What’s ahead for the cabinet industry?