Skip to main content
Woodworking Industry News
Katerra says its new cross-laminated timber plant is the largest in the country
By Robert Dalheim
September 23, 2019 | 10:58 am CDT

SPOKANE VALLEY, Wash. - Engineered wood and building development giant Katerra's new cross-laminated timber (CLT) and glulam plant is now open in Washington. Katerra says the 270,000 square foot facility is the largest of its kind in North America.
Citing "off the charts" demand for its CLT, the $150 million manufacturing plant will produce up to 13 million board feet of timber per year. CLT is being hailed by environmentalists and many engineered wood firms have added it to their product lineups, as CLT buildings are faster to construct, more energy efficient, and are comprised completely of renewable materials.
Katerra's CLT will be made from 2x6 lumber boards - sourced mainly from Canada - compressed and glued together in layers that form structural panels and beams. Company head of architecture Craig Curtis told The Spokesman-Review the company hopes to transition to material from Washington soon. 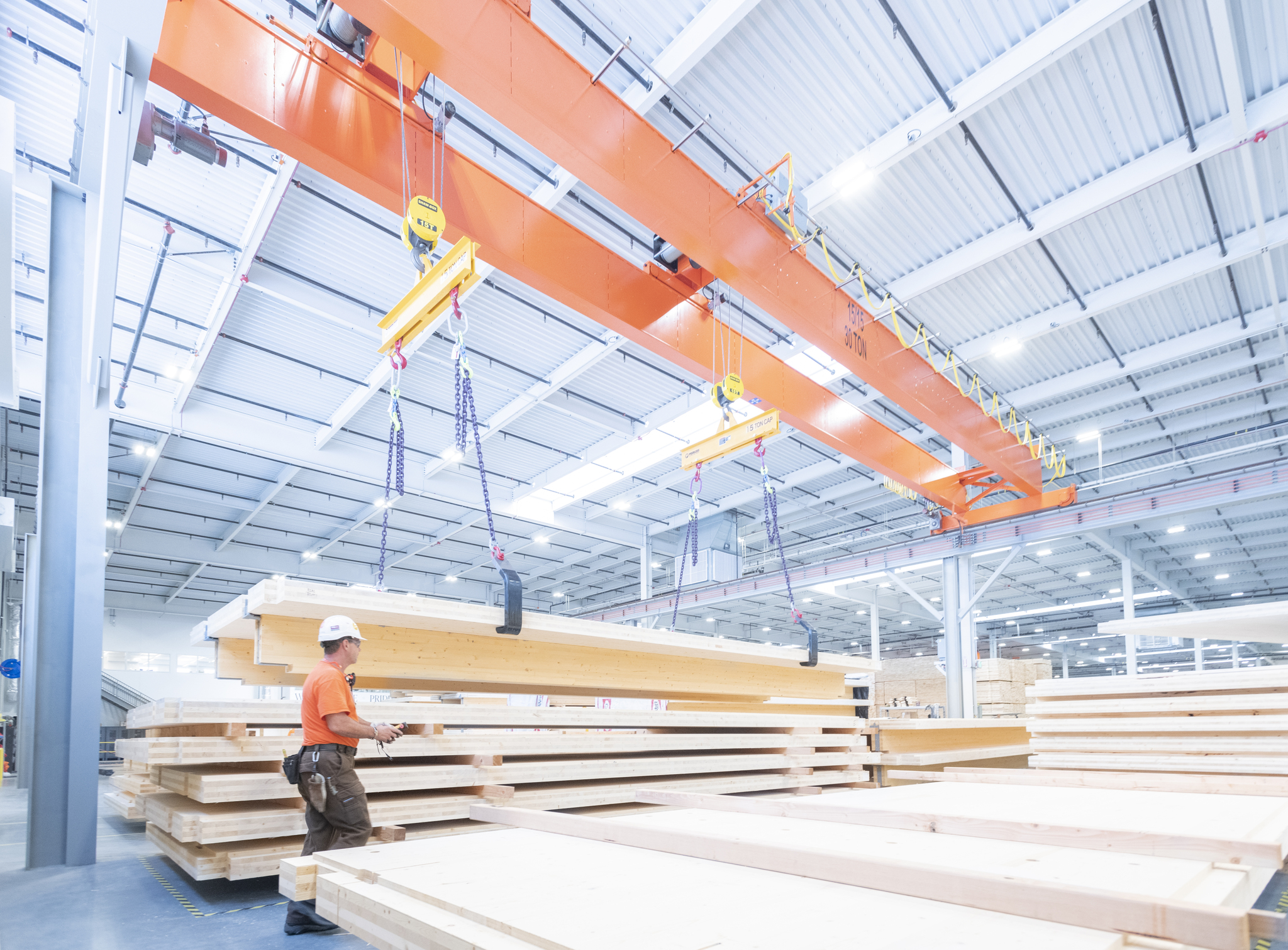 Washington Governor Jay Inslee and Senator Maria Cantwell both praised the plant and the 100 jobs created. Cantwell helped push 2018's Farm Bill into effect, which funded CLT research and development.
The Timber Innovation Act is in effect in the U.S., which incentivizes mass timber construction.
Katerra’s near-term manufacturing expansion plans for the U.S. includes three more building components factories to serve the South and East Coast markets, as well as another mass timber production facility to be located in the Southeast. The company is worth around $3 billion.
In June 2018, Katerra bought Michael Green Architecture, who's behind two of the continent's largest CLT structures: the T3 220,000-square-foot office building in Minneapolis and the Wood Innovation and Design Centre in British Columbia.
Michael Green is designing a 500,000-square-foot skyscraper in New Jersey - which will be the largest mass timber building in the United States.