CLARENDON HILLS, Ill. – It was less than two weeks ago that the fate of Marge Carson seemed sealed. On Oct. 7, the custom furniture brand announced it would cease operations by the end of the month. All that has changed.

After 75 years of operation as a resource for high-end residential upholstery, bedroom, and occasional furniture sold through retailers, design center showrooms, and interior designers, Marge Carson's former CEO Jim LaBarge said he would be ceasing operations to focus on his health. At the time, LaBarge said that attempts to sell the company had failed.

Marge Carson was ranked 258 on the 2022 FDMC 300, an annual list of the largest North American wood products producers, based on sales.

"Out of many interested and highly-qualified parties, I have chosen Janet as my successor to carry on the spirit, quality, and design excellence of Marge Carson," said LaBarge, referring to Janet Linly, president & CEO of Linly Designs. "She is someone in the industry with brilliance, a reputation for achievement, and a mindset for success."

According to a press release, the Marge Carson furniture brand is known not only within the United States, but globally for its uncompromised quality, generously-proportioned silhouettes, and some of the finest textiles in the industry. With designs that are exclusive to their brand, Marge Carson furniture is highly sought after.

Marge Carson was started in 1947 by Marjorie Carson and is believed to be the only major furniture manufacturer started by an interior designer.

"It feels that the brand has come full circle from its inception with Marjorie Carson now that Janet Linly has acquired the brand," LaBarge said, adding, "I feel that the Marge Carson name is in the best possible hands."

With an 11,000 sq. ft. retail store, Linly Designs has been one of Marge Carson's largest accounts in the Midwest for over a decade.

"We are celebrating our 20-year anniversary this year, so I could not be happier for this acquisition," says Linly. "Within the design industry, the Marge Carson brand has become synonymous with luxury and excellence and I feel fortunate and honored that I will be able to continue that legacy." 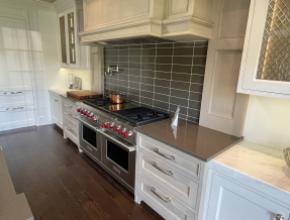 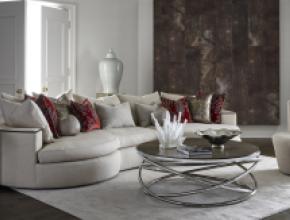 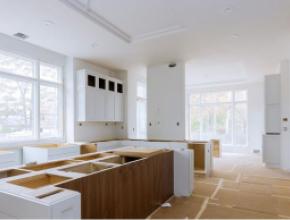