WASHINGTON D.C. — Four U.S. producers of hardwood plywood - Columbia Forest Products, Commonwealth Plywood Inc., States Industries, Inc., and Timber Products Co., - have filed a petition with the Department of Commerce, asking the agency to find that hardwood plywood products with face and back veneers made of softwood species suitable for decorative uses are circumventing the recently issued antidumping and countervailing duty orders on hardwood plywood products from China. All four of the companies are members of the Coalition for Fair Trade of Hardwood Plywood.
The orders on hardwood plywood products from China were issued on January 4, 2018 following affirmative findings of dumping and subsidization by the Department of Commerce and a unanimous finding by the U.S. International Trade Commission that the domestic industry is materially injured by unfairly traded Chinese imports.  The final antidumping margin is 183.36 percent for all Chinese companies and the final countervailing subsidy rates range from 22.98 to 194.90 percent.
“Before the orders were issued, Chinese producers began to preemptively circumvent the anticipated orders by taking merchandise fully covered by the scope and making minor alterations in an attempt to remove products from the coverage of the scope to avoid duties," said Tim Brightbill of Wiley Rein, the law firm representing the Coalition. "Such blatant attempts to evade the orders are depriving the domestic industry of the full extent of the trade relief it deserves. We ask the Department of Commerce to quickly initiate an inquiry and put an end to these attempts to continue to push unfairly traded hardwood plywood products into the U.S. market by circumventing the trade orders."
The ITC issued its final determination, activating significant tariffs - nearly 200 percent - on some on imports of Chinese hardwood plywood last November, voting 4-0 that the domestic industry is materially injured, or threatened with material injury, by reason of these dumped and subsidized imports.
So far, two separate Chinese firms - Linyi Chengen Import and Export and Celtic Co. Ltd. - have appealed the antidumping duties.The schedule for filing briefs will be announced shortly.
The underlying antidumping and countervailing duty cases were filed on behalf of the Coalition for Fair Trade of Hardwood Plywood, a group of U.S. producers and manufacturers. 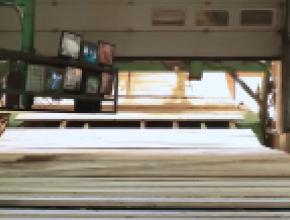