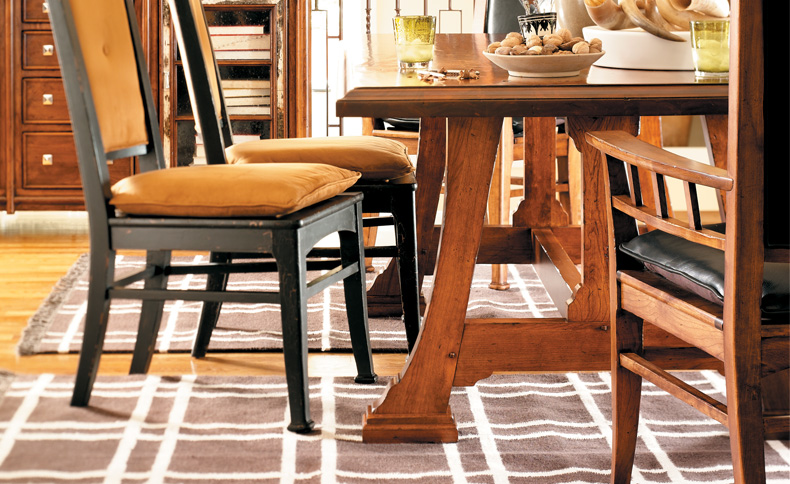 McCONNELLSVILLE, N.Y. — Harden Furniture has resumed limited operations after the longtime residential and contract furniture maker temporarily shuttered its doors last week following the Feb.1 sale of its assets to a loan firm.

“We have a lot of work ahead of us ... as we prepare for a restart of operations,” said CEO Greg Harden Tuesday in an email to media. “Initially, it will be a limited restart with a significant number of recalls. Not full production, but a lot more than minimal scheduled.

“We continue to have very productive discussions with investors, potential strategic partners and other parties that hopefully will allow us to complete the restructuring and return to full operations,” he added.

Northbrook, Illinois-based Big Shoulders Capital purchased the company's assets at an auction last week, prompting the closure and layoff of Harden's 172 employees. The McConnellsville, New York-based firm has been in business since 1844.

Until recently, Harden Furniture was family owned and operated, with Greg Harden representing the fifth generation.  After turning down an acquisition bid in 2015 by an Asian firm, in 2016 the company underwent a leveraged buyout of 75 percent of the company by private equity firm Miramar Capital Partners. That move ultimately led to the Article 9 auction by Gencap Solutions, which had provided funding to Miramar for the acquisition.

In a statement in the Syracuse Post-Standard, Harden noted, "eventually the onerous terms of the loan, combined with a lack of investment on the part of Miramar Capital Partners, resulted in a default."