The roads in and around Goshen, Indiana, bustle with activity as semi-tractors, RVs, and the occasional buggy go about their daily activities. Busy at mid-day, but the thoroughfares get especially crowded around 5 a.m. when trucks pull out from the docks at Genesis Products’ facilities.

For Genesis, supplier of laminated panels, wood components, and custom-molded solutions to OEMs across myriad industries, that time of day is considered rush hour.

Filling those trucks are goods produced at the four Genesis plants in Goshen and three plants in Elkhart, Ind., only a few miles away.

Overall, the company has 9 plants with more than 1 million square feet of production, assembly, warehousing space across the Midwest and East Coast. It employs 1,200 people. Those numbers, impressive as they might be, will grow even greater when plant #10 comes online in Goshen later in 2022. Plant #11 is already under consideration.

The facilities seem to be around every street corner, and once inside these factories, which measure more than 100,000 square feet, a retrofitted golf cart is the preferred mode of transportation for visitors traversing the cell-based facilities.

The guided tour announces each cell: lamination line, solid-surfacing, vacuum press. Each cell is a hive of worker activity and filled with towers of wood-based raw materials such as MDF, particleboard, plywood, and more as well as the adhesive spray booths, edgebanders, CNC machines, molders. Essentially, any raw material, hardware, tool, or technology that is needed to produce that particular product.

This year, the company is celebrating 20-years in business. Its growth can be charted in numbers of plants and products as well as its ranking in the FDMC’s list of Top 300 companies in the industry. Last year, it ranked #38 in FDMC ranking with $218 million in sales, and this year hit it climbed to #34 with $346 million in sales.

Founded in 2002 with a single lamination line, the company’s initial focus was to create better solutions for OEMs of RVs. This made sense as Genesis is situated in the heart of RV country. In fact, more than 80 percent of the nation’s RVs are produced in this area of Northern Indiana, according to the RV Industry Association.

Jon Wenger, company president, CEO, and co-founder of Genesis worked as a manager in one of those RV companies in 2000 when he met John Helmuth. Helmuth had previously run a panel-lamination facility, and the two men spent many conversations discussing laminated panels and the opportunities that they held. A meeting with a salesperson serving the RV industry found that some companies were unhappy with their panel suppliers. Thus, an idea began to form.

“We felt we had the knowledge to address some of the complaints the RV customers were having with their panel suppliers,” said Wenger. “So, we found a piece of equipment, we found a building, we found an interested customer and suppliers willing to work with us.”

The pieces kept coming together, and by 2002 the company idea became a reality. Since then, Genesis kept adding on: product lines and options, technological capabilities, OEM markets.

The company has moved from a focus on the RV OEM to a slew of industries including cabinets and storage, furniture, healthcare, office, and education, manufactured housing, building materials, marine, transportation.

To meet these varied production demands, the company has expanded outwardly with new facilities, and also internally with technology investments, design, and engineering teams, and a soon-to-be-established dedicated product development department.

Despite operating nine facilities, “capacity is pretty much maxed out at the moment until we get the new plant up and running,” said Wenger. “Most of the equipment we are adding is to increase capacity.”

As a laminated-panel focused company—the company had at one count 11 hot and cold lamination lines—they have expanded lamination capabilities throughout the network including at its Ft. Wayne, Ind., plant #7, which had been more kitchen cabinet oriented, and at Plant #4 in Keysville, Virginia, which had previously focused more on solid-drawer components.

The current lamination lines can produce pretty much any component, said Scott Flom, Genesis’ industrial sales, and marketing manager. Still, the company felt it could serve its high-volume customers even better.

This is evident with the recent installation of a new U-shaped lamination cell in plant #8. The line is “one of the fastest laminators available, and it's the only one in the United States,” said Flom.

While not sharing certain key descriptors, the laminator has many features. It can do double-sided lamination and can be autoloaded from the back. It can run as a hot or cold press and can use different glue types specific to the application.

Panels can be trimmed vertically and turned automatically for horizontal trimming. Panels can be customized such as flipping them face-to-face or adhering labels and barcodes so that the panels are ready for sale once they reach the customer. Each panel goes through an in situ quality check using sensors. “If the sensors see a wrinkle, it'll kick out the panel.”

But volume is its biggest attribute. Flom declined to give specific figures, but for some of its biggest customers, such as large home improvement stores, the company will run “thousands and thousands” of panels.”

As sales grew, the need for edgebanding grew too. Wenger said that edgebanding is a big growth area, especially in banding cabinet doors in its vast variety of styles and colors. To meet increased demand, the company invested in Homag edgebanders and now has eight in its arsenal.

One of the challenges the edgebanding cells faced is the diversity of options offered. “I bet every machine might do 20 setups a day because of the part diversity,” said Wenger. “An order might be 100 different sizes of product, and then they're going to run three or four different colors in a day. So, every machine is going to have that type of setup dynamic.”

When the company looked to expand its edgeband capabilities it looked for ways to more quickly change out colors and band types. That is a strength of the Homags’. Most of the machines have six banding options, and changeovers are achieved through a touch of the button. “Change setups are relatively automated as far as the PLCs are concerned,” he said, “you are not in the machine making changes.”

Manufacturing these products is an example of how the company uses technology and labor that best suits the job. In one small, flexible cell, workers assemble multi-component doors producing as many as 30 different style doors in a day, with each door made up of 10 to 100 parts, Wenger said. They do so with simpler technology and processes that work: Laminated panels are cut-to-size and rails are cut, molded, and wrapped, and all components are delivered to the cell to be assembled using simple tools such as pneumatic drills and drivers.

Next year the company might automate this cell with robotic technology, but not at the moment. “At some point, we’ll get to a point where we’re fixing things that aren’t broken, but this process is not broken,” said Wenger. “We’re getting the output we need, at the cost we need, and the customer is happy.”

Making customers happy is also a focus when it comes to new materials. While laminates are its core business, the company has not stood still on this front. Its WelIformed division, for instance, uses high-content recycled post-consumer plastics and custom composite materials to form sturdy and mold-resistant products. Its Premium Rock product digitally imprints a textured image onto the stone to capture detailed patterns and dimensions.

“We’re expanding our material skill sets,” said Wenger. “We want to be known as much of a materials company as we are a manufacturing company.”

Despite its growth, Wenger said there are still more opportunities out there, especially as OEMs grow more comfortable with buying components and outsourcing services such as the company’s supply chain management and custom product development options.

“We're focused on being a great supplier to OEMs so they can differentiate themselves, and we can be part of their story as a resource for them to improve their product lines.”

With this in mind, the town of Goshen and surrounding communities may want to upgrade its roadways for the early morning traffic bottleneck as Genesis’ haulers begin their early morning runs. 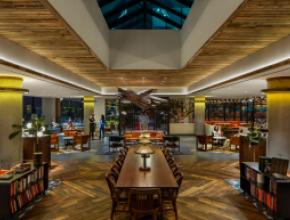 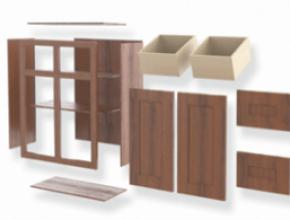 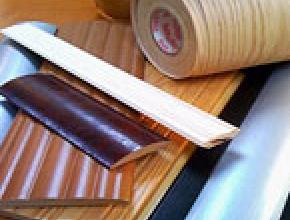