WASHINGTON - The Institute for Women's Policy Research says that the gender pay gap in the U.S. is greater than what was previously assumed. They say women working in the U.S. labor market make 51 percent less than their male counterparts from 2001 to 2015. 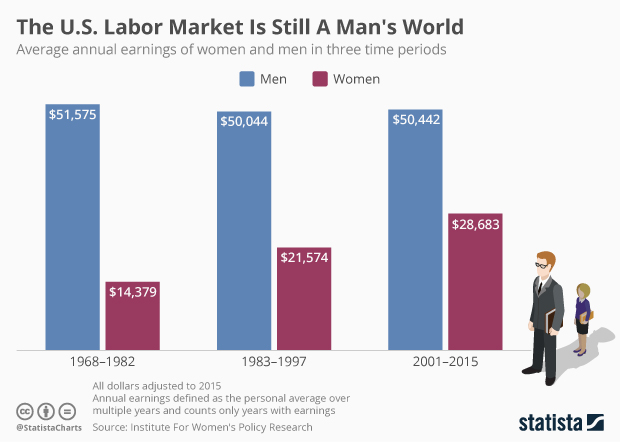 The Institute's data show that women are more likely to take time off from work but pay a higher price. Women who took one year off work had earnings 39 percent lower than those who worked all 15 years between 2001 and 2015.

The research team calls for paid maternity leave, affordable child care, and access to paid leave to resolve the problem.