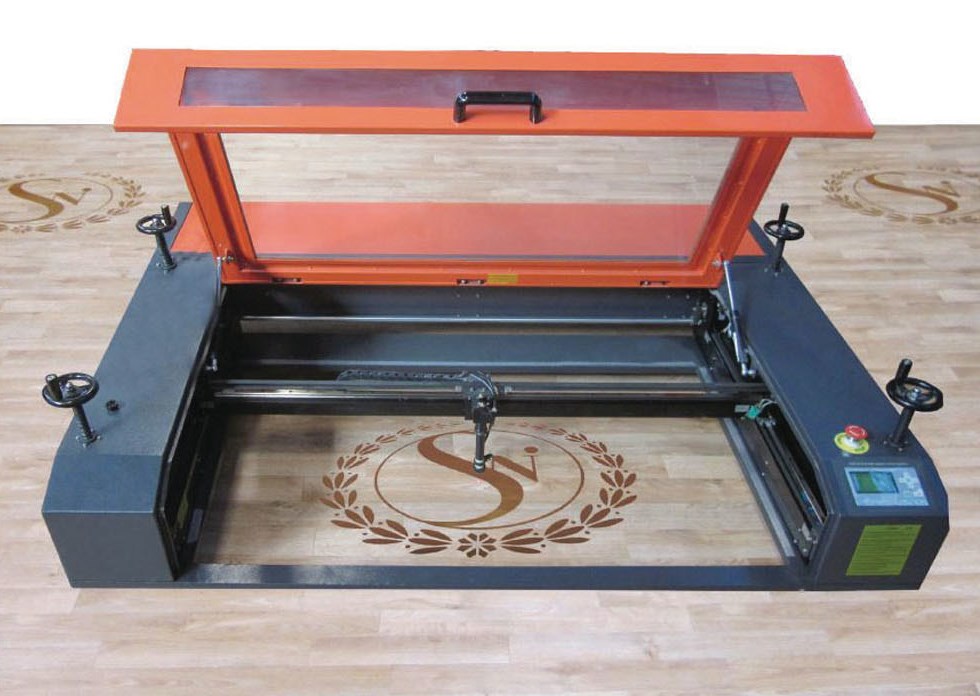 LANSING, MI - Makers of what they say is the first large format, mobile CO² laser engraving/cutting machine – AP Lazer – expect this woodworking machine to gain recognition as "the next big thing, even bigger than 3D printing," in a wide range of industries.
AP Lazer introduced its large-format gantry-style laser engraver earlier this year. Unlike laser cutters in traditional laser machines, which are contained in a box, and limited to engraving small, light, flat materials, AP Lazer's CO² cutter is mounted on a gantry like a big CNC cutter. Though the gantry-style approach was invented 30 years ago, "they are so heavy and expensive that marking on surfaces such as floors, walls, tables, and chairs is impractical," says the company.

By developing a convertible z-axis table, AP Lazer says it was able to build is the first laser machine capable of doing everything a traditional  enclosed laser machine can do. But when the z-table is removed, it makes engraving large and heavy objects possible.

AP Lazer has developed a version of its machine for the funeral industry, and at a tradeshow in May did a presentation showing its use for decorating completed coffins as well as memorial tablets and urns.

machine allows users to engrave large and bulky items, such as interior and exterior orations, furniture, shoes and blue jeans; to smaller products and personalized gifts, including trophies, sporting goods, guns, jewelry, coffee mugs, frames and so much more.
The company estimates the marking industry is a $50 billion dollar market served by enclosed laser machines that engrave small items such as gifts, trophies and small signage. The ability to engrave large format, heavy objects will open up a wide range of new markets, says AP Lazer, since the gantry style machine has no weight and size limitation.
[[{"type":"media","view_mode":"media_large","fid":"79097","attributes":{"alt":"","class":"media-image","typeof":"foaf:Image"}}]]It also gives the potential for open architectural design to engrave on installed surfaces. The top of the laser machine can also be removed and placed directly on a surface such as wood or stone flooring or a large tabletop.
AP Lazer has been used to mark 3000 lb. granite monuments, and "woodworkers are able to engrave virtually every wood surface. And in the auto industry manufacturers are marking, branding, and customizing engine covers and auto parts," AP Laser says.
The lazer technology can also be integrated into a process mannufacturing line. "When placed over an existing conveyer system, parts no longer have to be manually moved off production lines or in and out of a box," says AP Lazer. 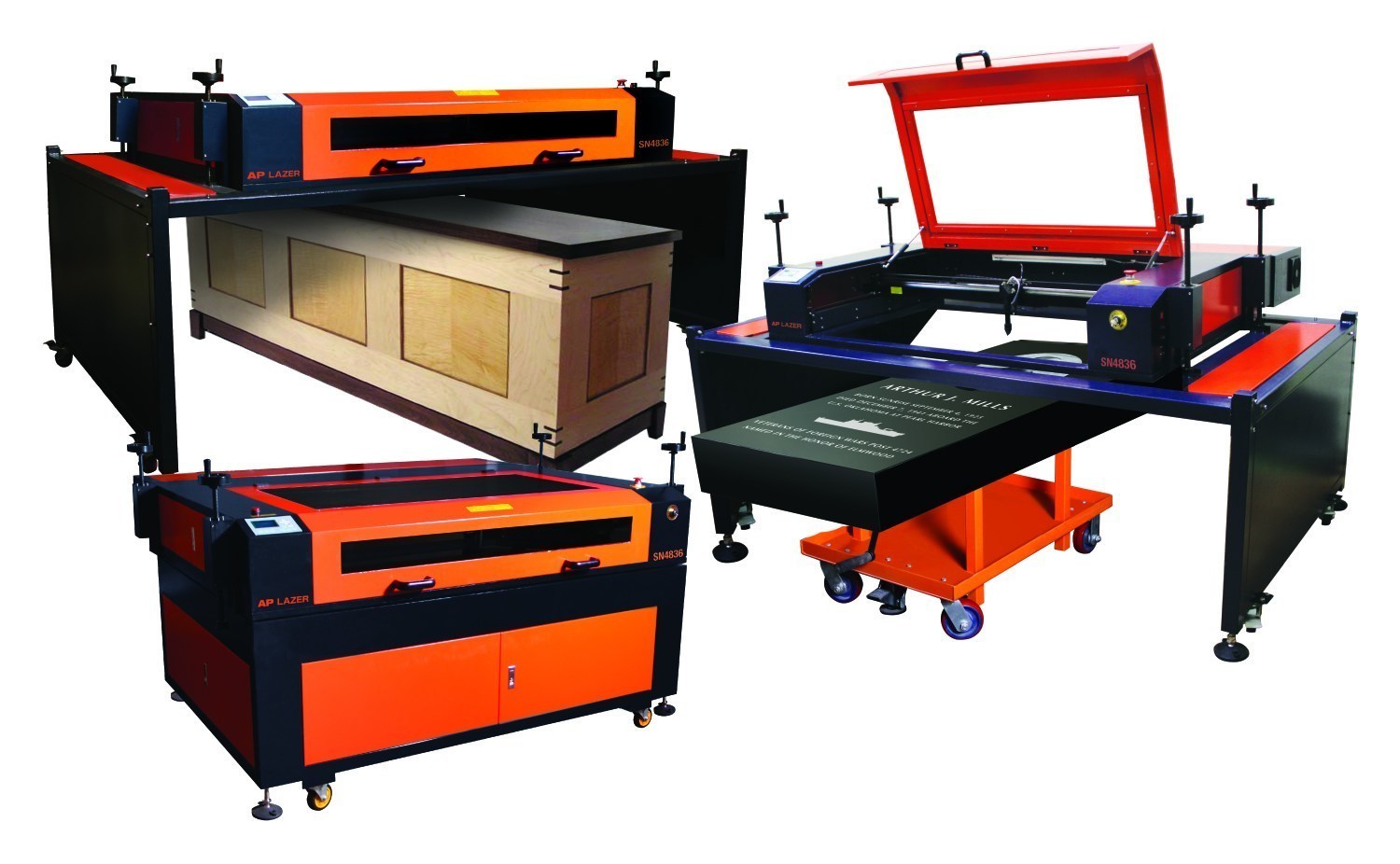 While a recent study finds that by 2018, the world wide 3D printing market will total $13 billion, including printers, end product and material/consumable sales. Th small product engraving market greatly exceeds that already, says AP Lazer. "Exactly how big the market size is for engraving large, heavy objects is not known. The market is fresh and ready for exploration."
www.aplazer.com