A Massachusetts manufacturer of wooden gaming tables is responsible for one of 2020's most successful Kickstarter crowdfunding campaigns.
Wyrmwood Gaming's Modular Gaming Table - crafted from a choice of cherry, maple, black walnut, padauk, wenge, or purpleheart - is the second-most funded tabletop gaming item of the year and it's on track to be the fifth-most funded item among all categories. More than $8.4 million has been raised from a goal of just $1 million.
Wyrmwood launched the Kickstarter campaign shortly after laying off all of its employees back in March, due to COVID social distancing requirements. Co-founder Douglas Costello filmed himself telling employees in the first episode of its Wyrmlife YouTube series, which documents the company's journey through COVID. The next episode shows how Costello used a skeleton crew to keep projects moving in remote, personal workshops around the state. 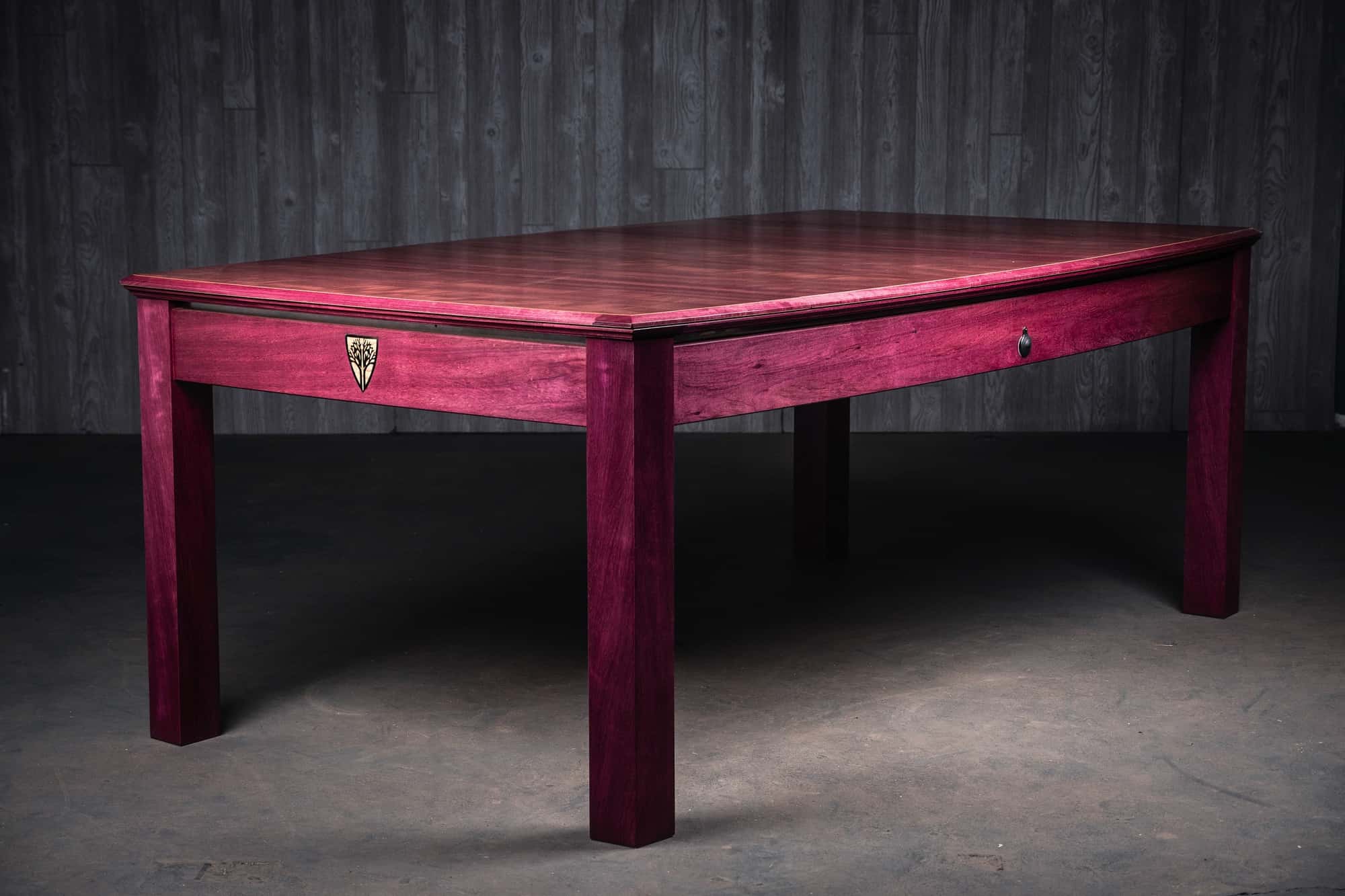 Wyrmwood's table made from purpleheart
Since the campaign, the company has received more than 7,700 pre-orders for its modular tables, according to Polygon. Totally customizable, each table ranges in price from $300 to $10,000. Wait times are well into 2022.
It's been able to hire back all 70 of its employees, as well as acquire Keystone Collections, a Pennsylvania-based custom furniture maker. The acquisition will greatly assist Wyrmwood in manufacturing. 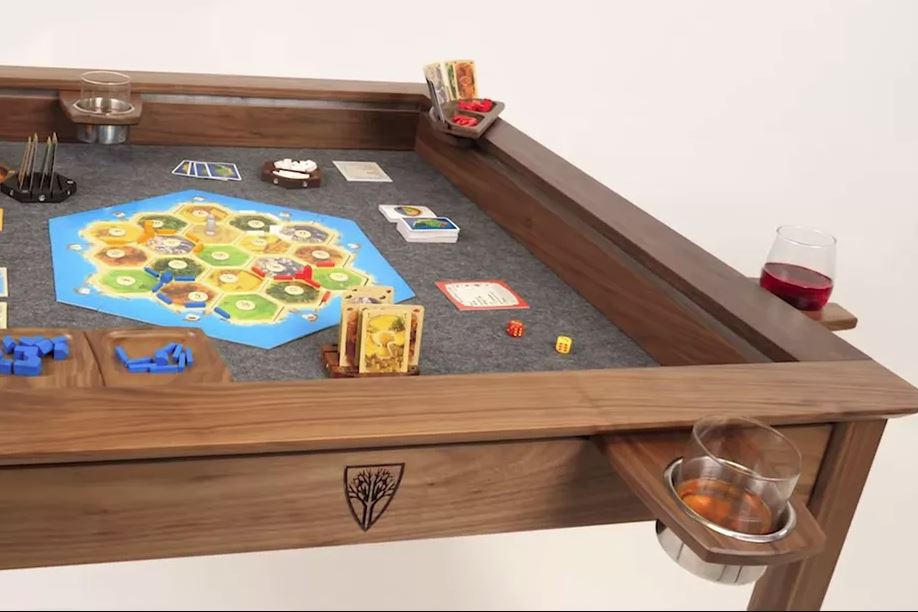 Wyrmwood's attention for quality and its reputation and fame within the tabletop gaming community played a role in the success of its crowdfunding campaign. Wyrmwood puts a lot of effort into its social media presence, amassing 133,000 Instagram followers and millions of YouTube views. Multiple nicely-edited videos are uploaded to YouTube every week, each quickly garnering tens of thousands of views.
Wyrmwood's modular table - its signature product - features solid wood, dovetail joinery, a spill-resistant magnetic rail system, wireless charging, USB slots, and a screen for laptop and tablet connection. Some of the company's other products include dice vaults, dice towers, and other high-end gaming tables.