Serving up the product at Massachusetts marijuana retailer.

EASTHAMPTON, Mass.  -- The legal marijuana era began in Massachusetts in late November and Chemetal was, unknowingly, front and center.

Chemetal Gotham, an aluminum laminate panel, is installed on the front counter of NETA, a newly opened cannabis store in Northampton, Massachusetts, near Chemetal’s Easthampton headquarters.

NETA was reported to be the first legal non-medical marijuana store east of the Mississippi. From opening day, lines flowed around the block, disrupting traffic and requiring extra parking detail. Customers travelled from all over New England and beyond to wait in for hours to buy legal weed and edible products.

The Daily Hampshire Gazette, the local paper, featured a photo of Northampton’s mayor, the ceremonial first customer, standing at the counter front with a pot candy bar that he purchased as a memento for the city’s history museum.

An observant Chemetal salesperson noticed something else.

“Hey, doesn’t this look like Gotham on the counter,” read the early morning text making the rounds to Chemetal staffers. 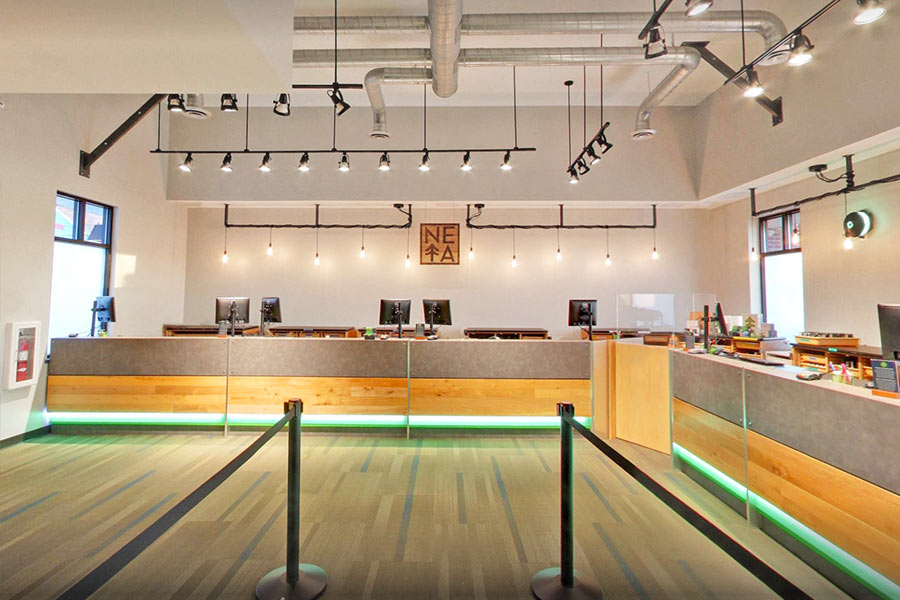 Some research found that the store was designed by Providence, Rhode Island, design firm, Vision 3 Architects. A week or two later, a few Chemetal staffers made a “sales” call to confirm that it was Chemetal #608 Gotham on the counter fronts and service areas.

Chemetal reports that the installation looks great, and all the jokes around the office have had Chemetal staff on a real “high.” See http://chemetal.com.