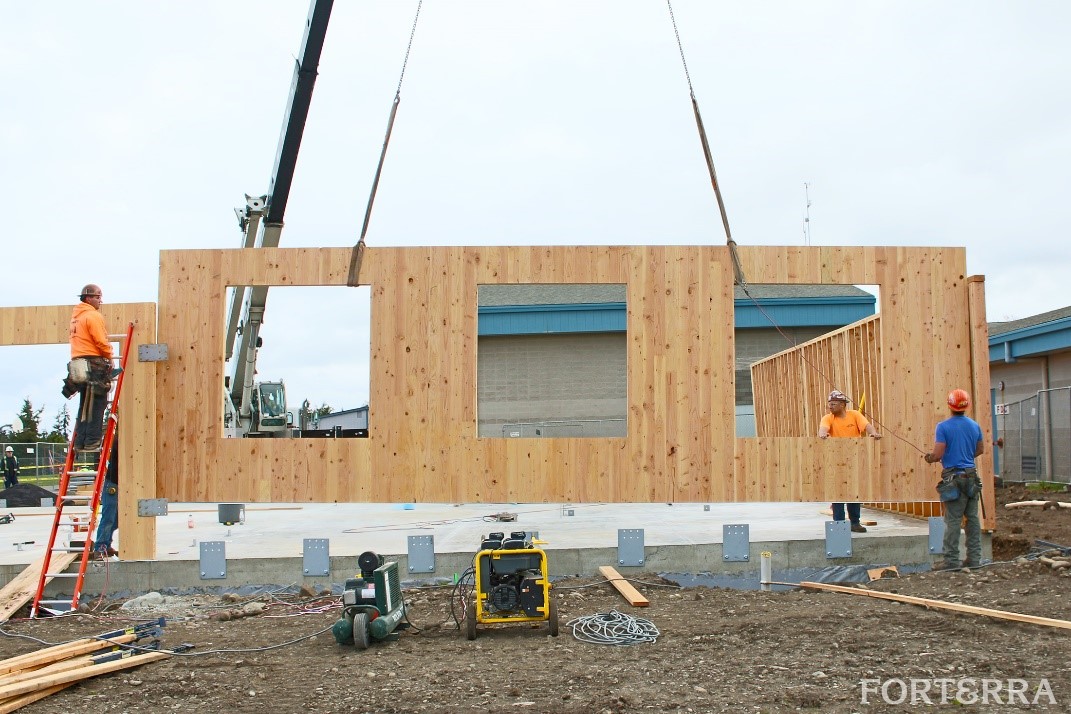 DARRINGTON, Wash. - First announced last July, construction is officially set to begin on a 100-acre, $73 million timber innovation center in Washington state.
The Darrington Wood Innovation Center will house a mass-timber production facility and serve as a hub for innovative wood product manufacturing. The center will bring roughly 150 jobs to the small town of Darrington, as well as produce enough cross-laminated timber to build a thousand affordable housing units per year.
“We define ourselves by what we do, and Darrington has been involved in the timber and wood industry for close to a century,” Darrington Mayor Dan Rankin said. "By bringing mass timber and CLT production to Darrington, the new Center will continue to make possible a livelihood that allows folks to live, work and play in this incredible place we call home."
The project received a $2 million state grant last July when it was announced. And now it has received a $6 million grant from the Economic Development Administration. This was the final piece of necessary funding, Rankin said.
The project is backed by Forterra, a Washington-based nonprofit, who will develop the site and manage the center's construction. The project will cost an estimated $73 million in total.
The center will be the first of its kind in the country, says Senator Maria Cantwell, who worked with Representative Suzan DelBene to secure federal funding for the project.
Officials hope the center will help revitalize the town of Darrington after a mudslide killed 43 people there in 2014.
The center will be the first of its kind in the country, according to Sen. Maria Cantwell, who worked with Rep. Suzan DelBene to secure federal funding for the project.
Construction is estimated to be complete by early 2023.
CLT is a prefabricated panel of wooden boards fastened together perpendicularly to one another, with structural adhesives. It is being hailed by environmentalists and many engineered wood firms have added it to their product lineups, as CLT buildings are faster to construct, more energy efficient, and are comprised completely of renewable materials.