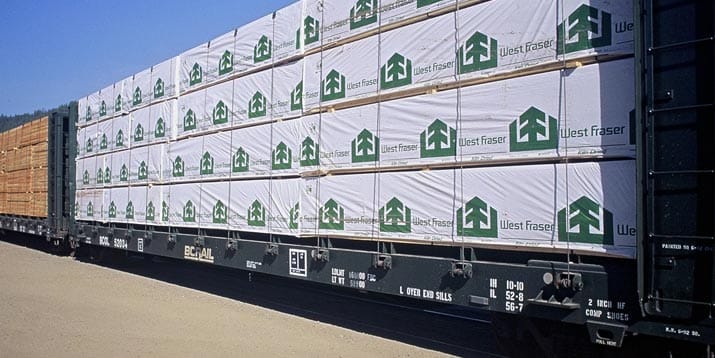 West Fraser has begun shipping OSB from its recommissioned plant in Chambord, Ontario

VANCOUVER, British Columbia – West Fraser Timber Co. is producing OSB panels and shipping them to customers at its mill in Chambord, Quebec, that had been dormant since being shut down in 2008,

The Chambord mill is among manufacturing facilities West Fraser took possession of via its blockbuster acquisition of Norbord. Norbord took ownership of the facility in 2016 when it traded a smaller OSB plant in Val-d’Or, Quebec, to LP.

Norbord committed a total investment of US $71 million to re-start the plant shortly before agreeing to be acquired by West Fraser. The investment included installation of new equipment and recruiting employees. West Fraser said the upgraded mill is expected to be among the company’s lowest cost OSB operations once fully ramped up.

Originally built in the 1980s, the Chambord mill produce 550 million square feet (3/8-inch basis) and employ 120 people if and when it reaches peak capacity.

West Fraser also announced that its new lumber manufacturing complex in Dudley, Ga, is ramping up and is on target to be fully operational by the end of June. The lumber mill will ultimately have a production capacity of 270 million board feet.