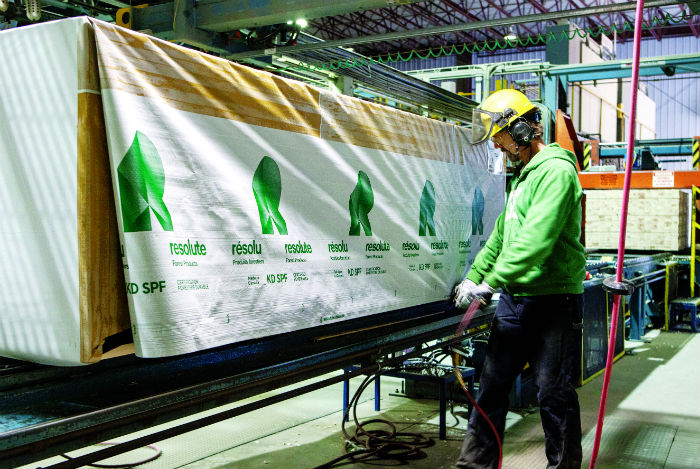 MONTRÉAL  - Resolute Forest Products Inc. (NYSE: RFP) (TSX: RFP) reported a net loss of $45 million fourth quarter, a significant improvement over the $214 million loss during the same period in 2015.
Sales were flat at $889 million in the quarter.
For the year, Resolute reported a  net loss of $81 million, one-third of the net loss of $257 million reported in 2015. Annual sales were $3.5 billion, down $100 million, or 3 percent. Excluding special items Resolute would have reported net income of $4 million.
Most of the losses are attributable to paper and packaging products. "In wood products, we maintained our volume gains from prior quarters and recorded one of our strongest annual performances in recent years," says Richard Garneau, president and chief executive officer.
The wood products segment generated operating income of $17 million in the quarter, compared to $36 million against the previous quarter. While prices slipped by $4 per thousand board feet to $327, the delivered cost increased by $29 per thousand board feet, prompted by seasonally higher fiber usage and higher operating expenses. Shipments were 503 million board feet during the quarter, very close to the third quarter.
For 2016, Resolute's wood products segment reported operating income of $69 million, up significantly from the $2 million reported for the previous year. This performance is explained mainly by the weaker Canadian dollar, which resulted in $32 per thousand board feet drop in delivered cost.