VANCOUVER, BC - Conifex Timber Inc. has completed its purchase of a private Delaware company holding exclusive rights to a sawmill and 186 acres of land near El Dorado, AR. The rights to the Arkansas property was acquired for $21 million.

The deal, announced Aug. 6, comprised $12.36 million in cash and $8.64 million in vendor mortgage. Conifex CEO Ken Shields said uncertainties in softwood lumber supply spurred the acquisition, with the Softwood Lumber Agreement between Canada and the United States set to expire in October.

"It's important to Conifex to secure this ideal site and high quality infrastructure in one of the most advantaged softwood supply regions in North America," said Shields. "The uncertainties flowing from the expiry and renegotiation of the Softwood Lumber Agreement could potentially impact the timing of the modernization and upgrade of our Canadian sawmills, while we expect the SLA will have less impact on capital expenditure decisions for mills located in the US."

Conifex (TSX: CFF) said it is completing a review of the site for capital upgrades, while determining a timeline for also rebuilding the Mackenzie Site I mill in British Columbia.

Conifex and its subsidiaries are involved in timber harvesting, reforestation, forest management, and the manufacture, sale and distribution of dimension lumber. Lumber products are sold in the United States, Chinese, Canadian and Japanese markets. The company also has a bioenergy/power generation facility at Mackenzie, BC. 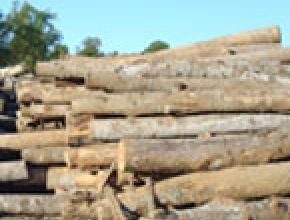