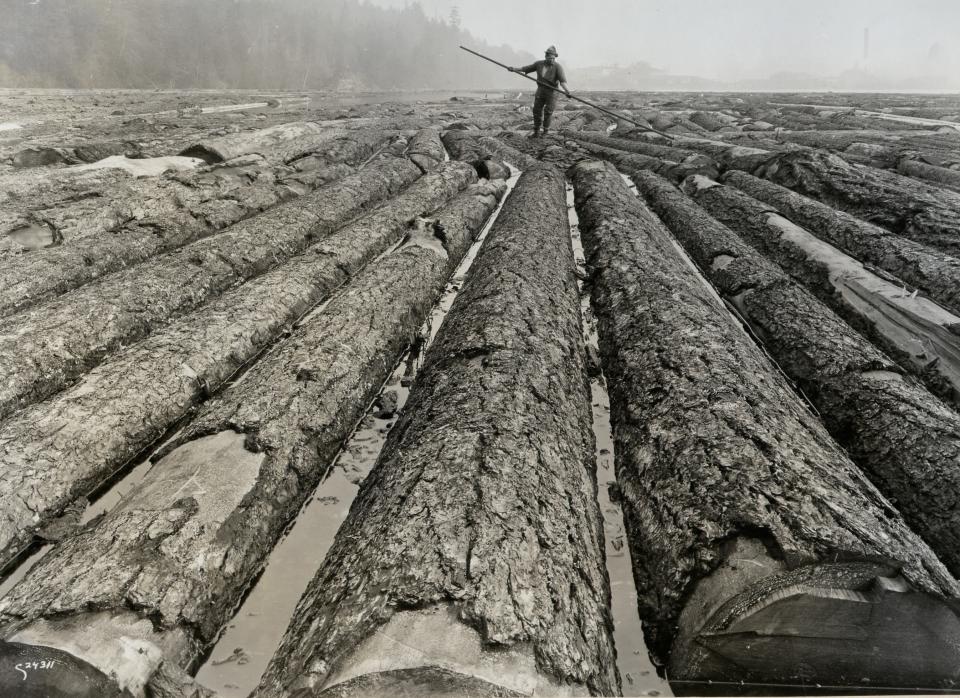 BRITISH COLUMBIA - British Columbia Premier John Horgan unveiled the outlines of a plan to revitalize the province's forestry industry. The first step is to curtail exports of minimally processed lumber.
The "conscious and deliberate" strategy, as Horgan described it at the 76th annual Truck Loggers Association (TLA) Convention, is designed to rebuild B.C.'s solid wood and secondary forestry industries and to turn profits from processing abroad into investments in the province.
“The changes that were made by the B.C. Liberals have enabled log exports to be the easiest way to make quick money. We’ve seen Canadian companies investing in U.S. mills, not investing in British Columbia. We want to turn that around,” Horgan said at the convention.
“For the last 20 years, employment on the coast has declined by about 40 percent,” Horgan told the convention. “Lumber production has dropped by 45 percent, pulp production by 50 percent. At the same time, log exports from Crown land have increased by nearly tenfold.”
Horgan specifically described reforms on log export policies, eliminating surrogate bidding, penalizing waste, encouraging fiber production, and deterring high grading (selectively removing the highest grades of timber from a forest).
The fair market rate test - used to help mediate relations with logging license holders and working contractors - will also be eliminated. This announcement reportedly received a standing ovation from the TLA crowd, who says the test caused rates to deteriorate or plummet.
This will be a phased-in process and will apply to new sales through B.C. timber sales programs, Horgan said.
West Fraser, Conifex Timber, and Canfor - all Canadian lumber giants - recently curtailed production at their respective British Columbia plants.