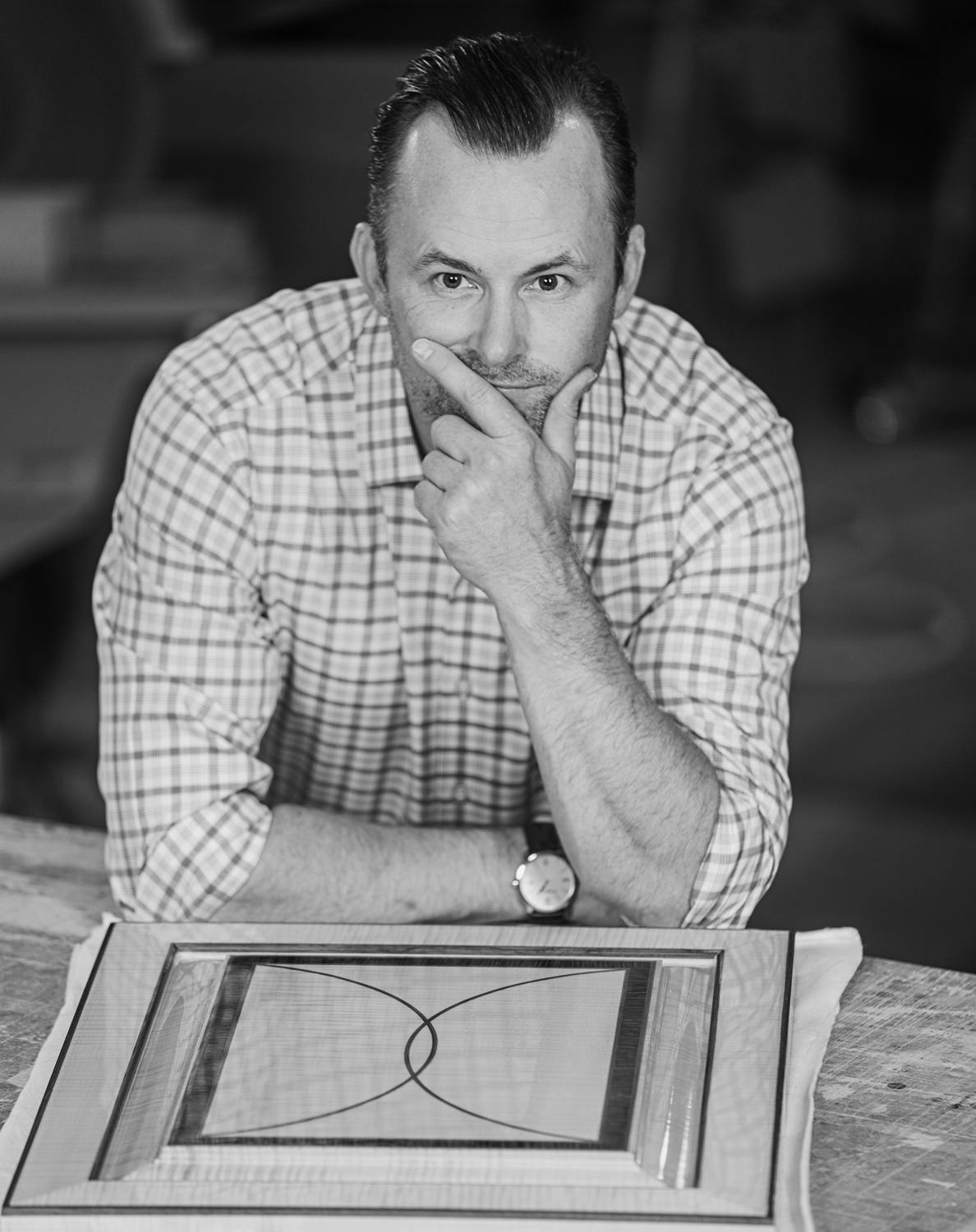 Keith Morgan is renowned for his artistic creativity. So it’s surprising that Morgan, owner of luxury woodworking firm Bespoke, initially sought a much different career.

“My original career was going to be in maritime business law. However, it was not the creative endeavor I thought it would be,” he said. “While I was at university I realized I was on the wrong path and I spent more time renovating the flat that I was living in than I did working on my studies.”

And from there, “things fell into place at exactly the right time.”

In 1999, Morgan moved from Bavaria to America. Initially hired for a janitorial position at a small California design firm, he was soon given the opportunity to craft a drawer box.  “They were so impressed that I ended up landing a film director’s 3-story penthouse. The rest is history, but It’s taken an enormous amount of work and sacrifice every single day over the years.”

Morgan’s passion for the craft continues to grow, and he recently hired an individual to work on project development so he could focus on crafting. His mantra, “Shaking hands with the past,” reflects the blending of old and new techniques inherent in his work.

“My belief is that there is a lot of the past that we can learn from. Just because something is from the past doesn’t mean it has less value,” he said. At the Iowa-based shop, handcraftsmanship is combined with CNC technology to create the award-winning projects.

Among achievements by Morgan and Bespoke has been winning the Veneer Tech Craftsman’s Challenge Grand Prize two times. Another, he said, was being chosen to design and craft a kitchen and furniture pieces at a private residence in The Royal Crescent in Bath, England.

“Every year we want to improve, innovate, and perfect what we do. We will always keep pushing ourselves to enhance our quality and expand our creativity.”

The company’s location in the Midwest provides a quiet atmosphere for Morgan and the other artisans to “craft creatively and without distraction,” he said. “It also happens to be where I met my lovely wife, Katherine.”

Along with spending time with his wife and two German Shepherds, away from work Morgan enjoys traveling, and if there’s time left, working on model trains.

Community service is also important, with contributions given to St. Jude Children’s hospital, Wounded Warrior Project, and the ASPCA.

About the Wood Industry Market Leaders: This marks the 11th year Woodworking Network has paid tribute to outstanding men and women that have made an impact, not only at their companies, but within the various wood products industries. Since 2009, more than 70 industry professionals have shared their influencers, insights and strategies.  Read more about the 2019 and past honorees at WoodworkingNetwork.com/Market-Leaders.