To thrive in the woodworking industry takes more than skill. It’s passion that differentiates successful woodworkers from the dabblers. And all three of these women know that well.

Sadie Mae John, Anika Gandhi, and April Wilkerson all started with a need, found the solutions in themselves, and since then have continued sharing their woodworking journeys to enable others.

“I build because it’s empowering,” John said. “Building something from your own two hands is so rewarding, and I want other people to feel what I feel when I make.”

While these women are united in their passion to serve others, how they got there, why they continue building, and their overall experience as women in the industry are unique only to them.

Finding their passion
“I found my passion blindly,” Wilkerson said.

At the time, she was a recent graduate who suddenly had evenings to herself. But as she spent more time in her new home, she realized it needed to be furnished.

With a few tools, little money, and free evenings, she began building. And then she couldn’t stop. “All I could think about was improving my spaces, and I could not get through my [project] list fast enough,” Wilkerson said. “The real passion, for me, comes from wanting the end product in my daily life.”

John also said the finished product is the most rewarding part, but how she figured that out was a little different.

While working her 9-5 corporate job, feelings of apathy began to creep in. She was looking for a more fulfilling life, so she quit and opted to work for herself.

Then she faced a new problem: she wanted to make her house a home but didn’t have the income to support that dream. Since she couldn’t buy what she wanted, John decided to try building for herself. She found out she was good at it. After posting some of her builds on social media, people wanted to buy from her. So it just clicked.

Gandhi, too, enjoys “transforming pieces of wood into something beautiful.” And for her, that started when she was looking for a table for her daughter, but she couldn’t find one that was exactly right. Then after looking at the tables more, she thought, “It couldn’t be that hard just to make one.”

That came from a woman who never touched a power drill before then. After she learned she could build, she was hooked. “It’s so satisfying and fun to build something useful and functional,” Gandhi said.

Like John and Wilkerson, Gandhi had no professional experience. But they quickly realized that didn’t matter: “You don’t have to grow up with power tools to be comfortable with them,” Gandhi said. “I want to take the fear out of [building].”

Developing their passion
Though building for themselves was the starting point of the passion these women share, it’s also evolved into something else: sharing their knowledge with others.

When Wilkerson first started building, “the learning curve was frustrating.”

“My business started as a necessity, then a hobby, then passion, which turned into a business,” Wilkerson said. “This all started because I wanted to help people who needed it, so they wouldn’t have to go search online and find nothing like I did.”

Gandhi and John also share that motivation to serve others.

Gandhi said she had zero experience when she started, yet still was able to create pieces she loved, so she wanted to inspire and teach people like her who didn’t know how to start.

John also starts by building the projects she wants and then shares the plans with others so they can build their own. “That’s what motivates me – to figure out things and build to help other people out,” she said. “[When I built,] I felt rewarded and wanted other people to feel that too.”

For each of these women, life is busy and much of their time is spent woodworking, but like John said, “When you’re doing something you love, it’s not bad.”

Wilkerson couldn’t agree more: “I’m incredibly motivated, but not from panic or anxiety. It’s because I’m legitimately excited about it all. Reigning in my own excitement is the hard part. I’m just so happy I can’t walk. I’ve got to sprint.”

Gandhi also has a hard time holding back from her work because “I have too many ideas and not enough time!”

Standing out in the industry
What started as a simple, solo job for these women turned into a massive opportunity for finding community. And a large part of what differentiates them from each other is their individual personalities.

John, who has an approachable work style, commented on how there’s room for everyone in the industry, particularly women: “I want to let other women know that there's a place for them in woodworking.”

“The maker community has exploded recently,” Wilkerson said. “It’s an isolating profession, and now there are thousands of individual, isolated people, and we’ve all found each other.”

While these women have many similarities in their passions and motivations, they each add their own flare to their work and platforms – all without turning it into a competition.

“Be yourself, and don’t try to be anybody else. That’s what helps me stand out,” John said. “People like real. People like it when you show you make mistakes. They’ll trust you more.”

Whereas the builder’s journey likely has a slow incline of progression, Gandhi’s goal for her YouTube channel is to stick to the basics for beginners. She also said, “I love experimenting, too, so I don’t let that goal keep me from growing. Instead, I try to bring [beginners] along with me on the journey.”

For Wilkerson, she was surprised when she started getting a following. “In my mind, I’d create something, share it online, someone would find it, get what they needed, and move on. But people started sticking around, both for my projects and just to get to know me.”

And it’s the passion and love for the craft that keeps viewers coming back to their online platforms. Wilkerson said, “When you’re around a passionate person, it’s motivating, no matter what industry.”

Being a woman woodworker in the 21st century
Being a woman in a predominantly male industry can be “tricky,” as Wilkerson said. “There’s a shift happening now where more and more women are getting into the field, and even more women on these platforms [YouTube]. And that’s a massive improvement from when I started, so I can only imagine the next 10 years.”

In John’s experience, the men in the field have been helpful and accepting. She hasn’t experienced much negative feedback, and when she does, it doesn’t bother her anymore. “Because the men [in this industry] treated me right, I started gaining more confidence,” she added.

For Gandhi, as an electrical engineer, she’s used to being the only woman in the room. “In some ways, that has shown me there’s nothing I can’t do,” she said. “I was never told I couldn't do something because I was a girl, so [as a woodworker,] I never felt like I was doing something I shouldn’t be doing.”

“I want to break culture and gender barriers—it should be cool because you made it, not because you’re a girl who made it,” Gandhi added.

Advice to others
All three of these women love what they do and are excited for more people to join the maker community. And for those thinking about taking the first step, John, Gandhi and Wilkerson offer this advice:

While Wilkerson, too, loves working in her passion, she also commented on a potential danger. She loves to create and hardly wants to stop at night. “But it would just be a sad thing if I were to burn out my own passion with my drive,” she said. “So find what motivates you, share it with others. And protect your passion.”

John’s major piece of advice would be this: “Before you quit your day job, buy all the expensive tools.”

The general consensus from each of these successful woodworking women is this: Go for it. Embrace the mistakes. Fail fast, and keep moving. 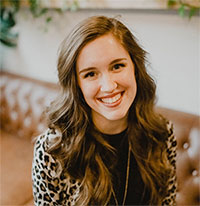 Author: Based in Chattanooga, Tennessee, Hannah Robinson is a Content Marketing Specialist. It is her love of grammar, editing, and efficiency that has led her to the field of copywriting, but it is her passion for people that motivates each piece she writes. 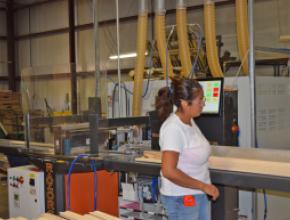 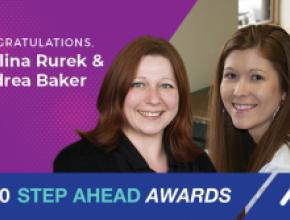 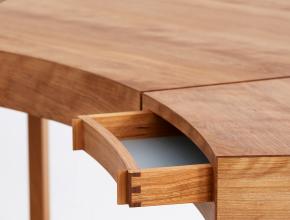