Architect, and furniture designer and builder Ferruccio Laviani creates projects that meld classic period designs with a digital riff, pushing the possibilities and inserting a sometimes irreverent riff. He designs at least some work digitally, as this rendering of a planned project suggests. 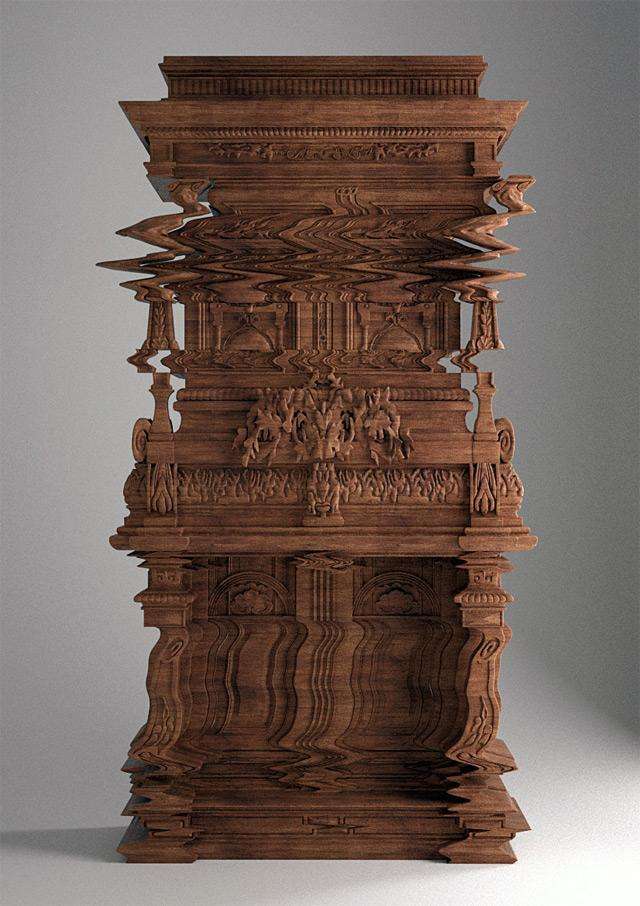 Amazing as this distortion appears, apparently it was actually produced for a recent show in Italy, as this image suggests. Born in Cremona, Italy, Laviani, 55, attended the School of Architecture at the Politecnico di Milano and graduating in 1986, while attending also the private institute of the Politecnico di Design di Milano from 1982 graduating 1984. He became a partner with Studio De Lucchi where he designed for Abet Laminati, Olivetti, Pelikan, Polaroid, and Swatch. A 2010 sideboard by Laviani transitions from traditional to digital. He also designed more than 115 flagship stores and 230 other outlets for Kartell worldwide.