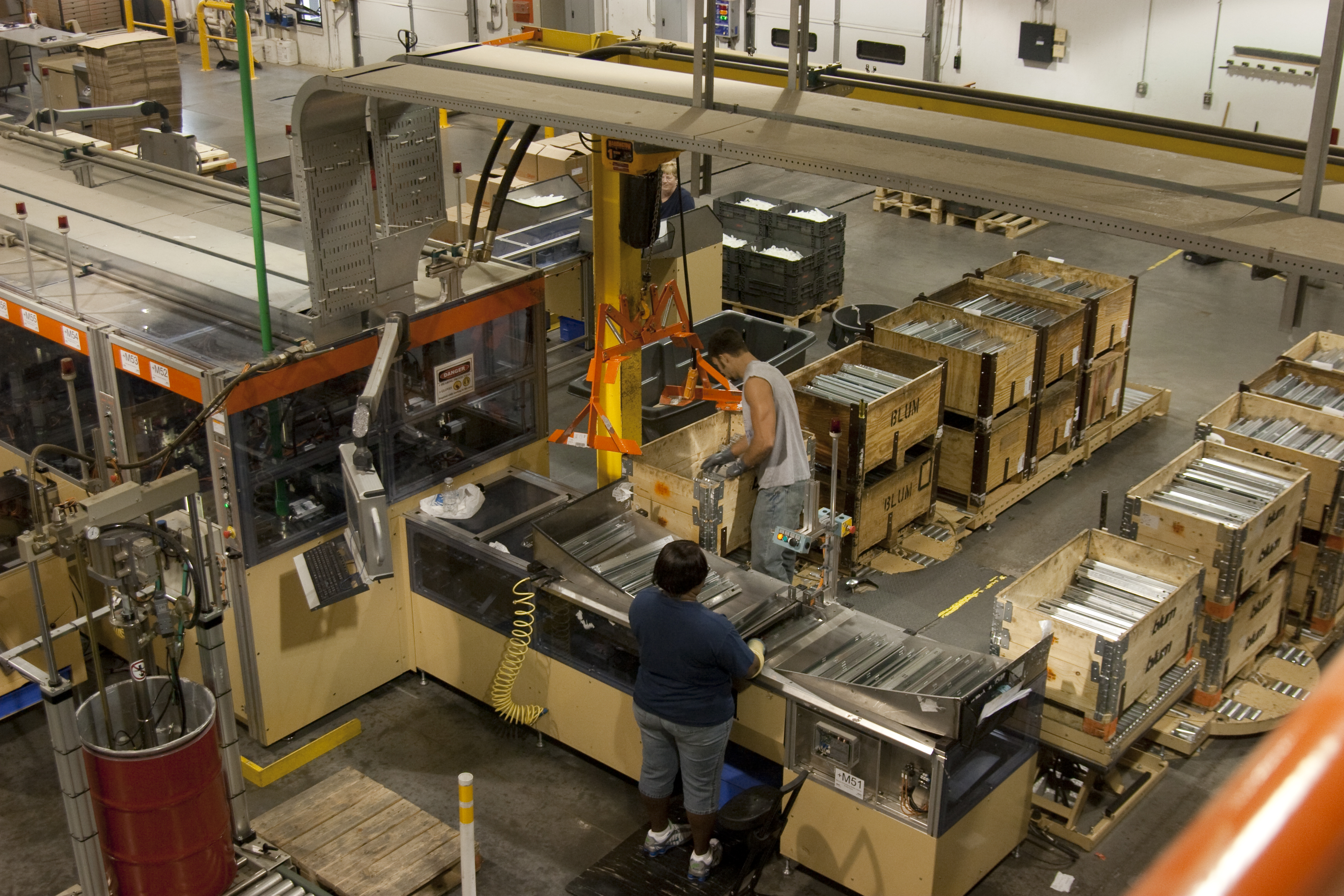 STANLEY, N.C. - Like many manufacturers in the U.S., cabinetry hardware maker Blum Inc. faced a shortage of trained factory workers when it expanded its factory in Charlotte.
Blum specializes in making concealed hinges and drawer runner systems for the kitchen cabinet industry. The company prides itself on manufacturing in the U.S.A. to quickly react to changing customer needs. Blum hardware has proved popular in the U.S. wood manufacturing industry, so much so it needed to develop a local manufacturing facility. The plant has rapidly expanded, growing in stages with growth that has accelerated recently.
To solve the workforce shortage, Blum established a European-style workforce apprenticeship training in manufacturing sophisticated, world-class quality cabinetry hardware. It networked with other area manufacturers and developed a partnership with a Charlotte college.  Attendees to the Charlotte Wood Pro Expo have the opportunity to see the apprenticeship program in action as part of a full day of education and tour on February 14.
The Apprenticeship 2000 program was launched in partnership with Charlotte-based Central Piedmont Community College and Daetwyler, another North Carolina manufacturing company in 1995. Apprenticeship 2000 has been joined by several other area factories, and won the 2012 Woodworking Machinery Industry Association Wooden Globe Award in education.
At Blum, the program was also developed with an eye to the future. [[{"type":"media","view_mode":"media_original","fid":"97253","attributes":{"alt":"","class":"media-image","typeof":"foaf:Image"}}]]
“We knew that the technology wouldn’t stop advancing,” says Apprenticeship Manager Andreas Thurner. “We had to have people to run the machines we wanted to build.”
Under Apprenticeship 2000, Blum selects up to four apprentices a year from 30 North Carolina high schools and from within its own workforce, paying tuition toward an Associate in Applied Science in Manufacturing Technology at Central Piemont College, and four years of training at Blum’s plant. They take on progressively tougher tasks, starting with hand tools and later programming CNC machines in Blum’s 4,800-square-foot training area, which has $1.8 million in equipment. 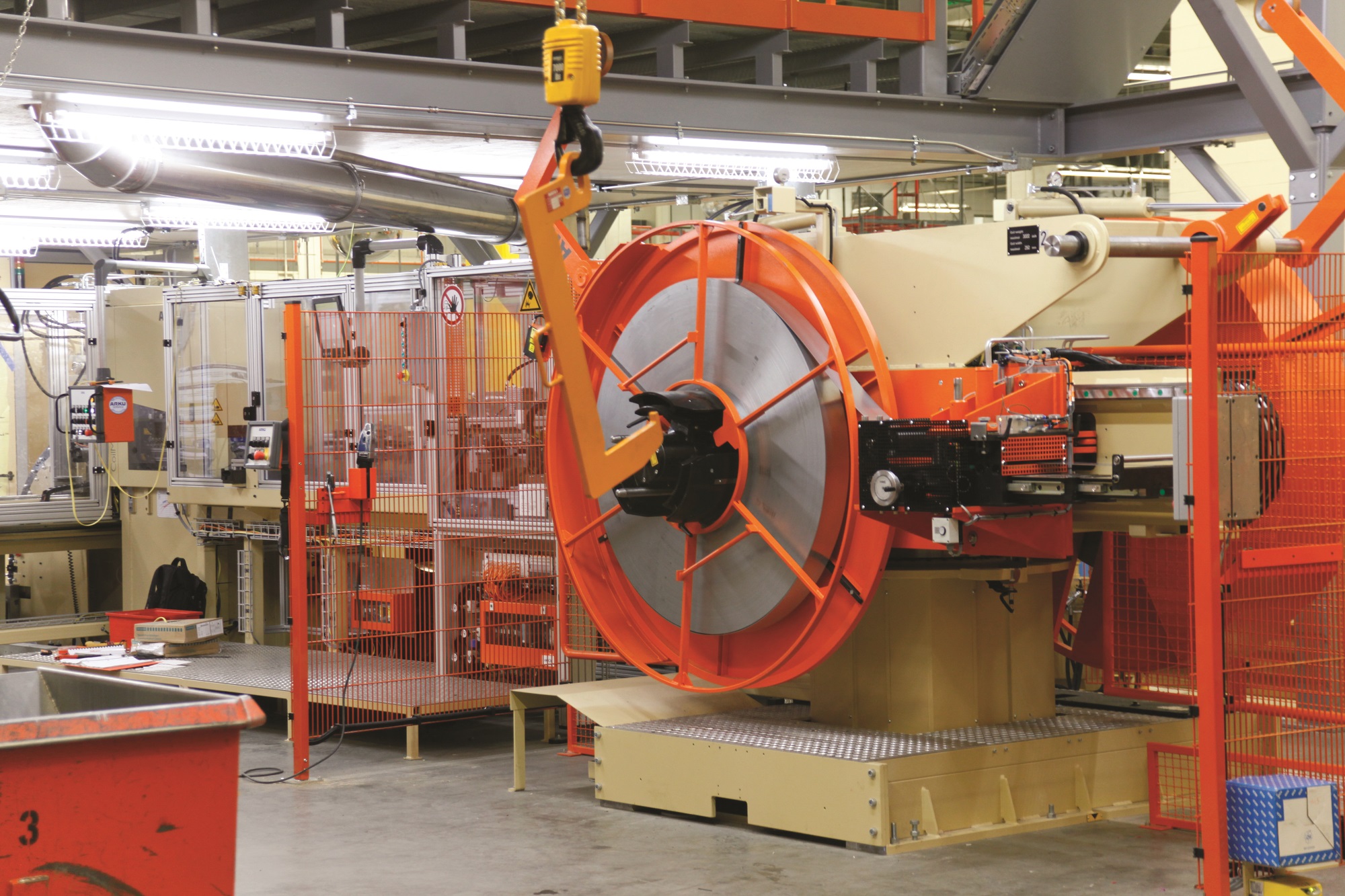 At the end of four years, a job at Blum awaits apprentices. An 80 percent retention rate after five years in their selected trades speaks well of the training, says Thurner; 16 percent of Blum’s workforce are graduates of the program.
Apprenticeship 2000 is based on an Austrian model from Blum’s home base, but it was tailored to the U.S. plant’s needs, says Thurner. The Apprenticeship 2000 model also serves eight other area manufacturers now partnering with Blum in the program.
A rigorous selection process begins with a presentation by a Blum representative to men and women high school juniors. Those who show aptitude are invited to compete for a paid summer internship. Apprentices chosen from this pool work with mentors within Blum’s workforce, who are trained to work one-on-one with apprentices.
Blum, Inc. reaches out to high schools, and also promotes manufacturing careers during the annual Manufacturing Day by opening its doors to more than 70 local high school students - this year on October 3 and October 5. Manufacturing Day is an annual nationwide event in which manufacturers invite their communities into their facilities. By participating in these activities, Blum hopes to not only raise awareness about career opportunities, but to also improve public perceptions of manufacturing.
“Blum has been an active player in developing the Advanced Manufacturing curriculum that is taught in our local Lincoln County high schools. Manufacturing Day provided a special opportunity to expand the student’s learning beyond the classroom, and we couldn’t have been more excited to see their eager faces as many of them toured a manufacturing plant for the first time,” says Blum's Vice President of Materials/Logistics Michael Geis.
The students that attended the event got the opportunity to discover how much behind-the-scenes work goes into Blum products, experience demonstrations and go on a plant tour.
Other information at the event included workforce information, such as learning how many different people and departments support Blum products. Blum employees were available to answer questions about careers in manufacturing as well as within the Blum organization.
“We delivered a strong message about career possibilities in manufacturing and hope that one day we will see some of these students return to be a part of our future workforce,” Geis says. www.blum.com