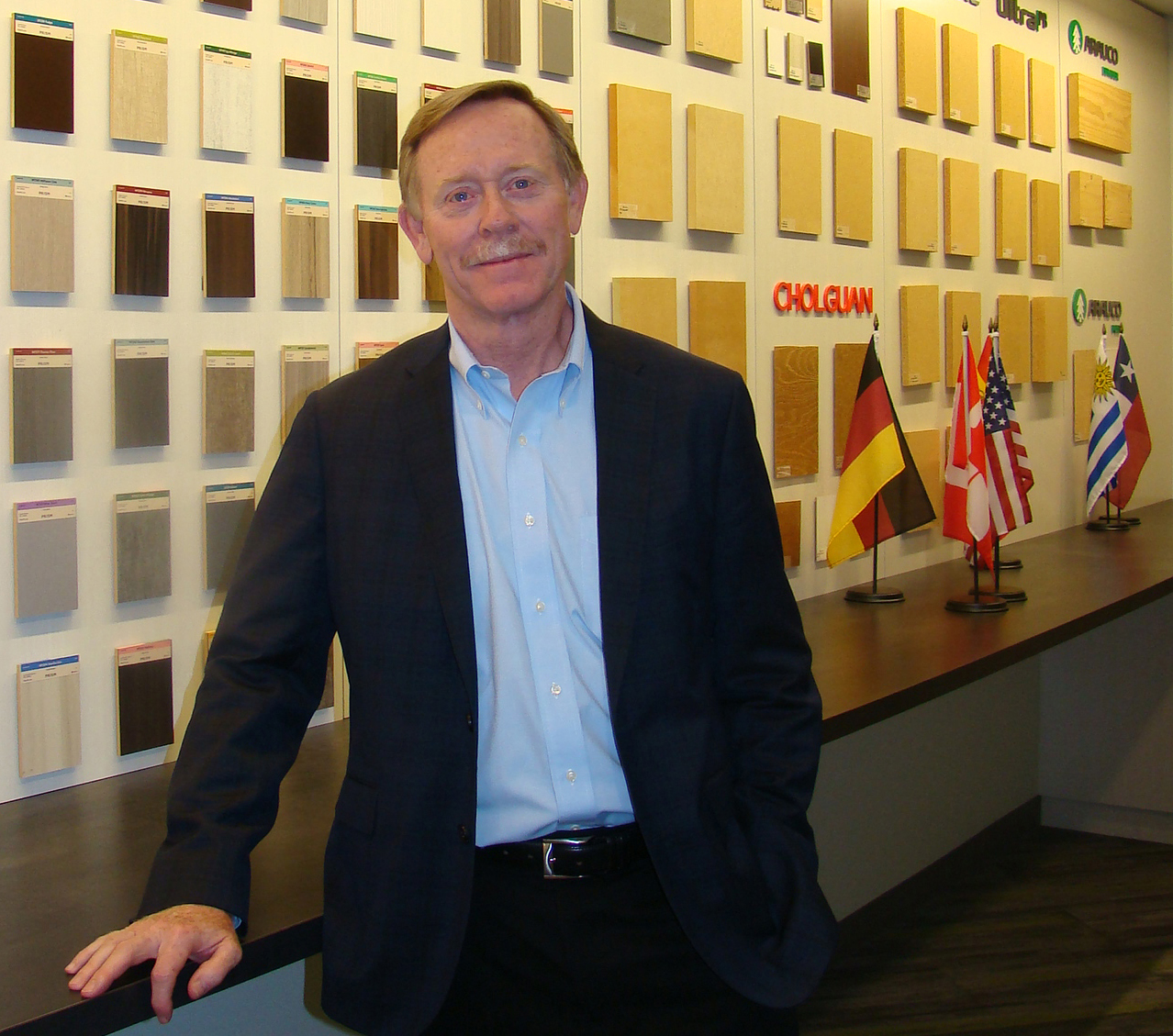 A lifelong hockey fan, Kelly Shotbolt doesn’t just have ice in his veins, he’s got sawdust in his blood.

The president of Arauco North America, Shotbolt has been involved in the panel production industry since he was 15, working summers at Flakeboard then full time after college. “As I got more involved and was exposed to different parts of the business my interest grew,” Shotbolt said, “spurring on a passion for the industry that has lasted to this day.”

He has parlayed that passion into significant achievements, leading Flakeboard to become North America’s largest composite panel producer, and one of the largest producers in the world. In 2012 the company was acquired by Chilean-based Arauco, and Shotbolt was named North American president.

“Our people and the team-based work systems that we implemented, including open communication, a chance for everyone to make a contribution, and a company-wide profit-sharing program, have been the foundation for the success of our business,” he said. “It’s those personal relationships and team achievements that I’m really proud of.”

A “Company of Choice” – to work for, to buy from and sell to – Arauco also is focused on meeting customer and market needs through value-added and innovative products, technology and site locations. For example, the decision to build a particleboard and TFL plant in Grayling, Michigan, was in response to customer demand for a Midwest regional source of supply, Shotbolt said. The massive, state-of-the-art plant is set to open in fall 2018.

And there’s more on the docket for Arauco, whose newly launched tagline, “Renewables for a better life,” highlights the products’ sustainability and the customer-driven focus of the organization.

“Our plans are to continue to invest in modernizing our fleet of mills with modern continuous lines,” Shotbolt said. “This will become imperative as we strive to be globally competitive with the top producers in the world.”

He added, “We believe that by committing even further to this industry, we can begin to turn the tide of off-shoring furniture production, and influence the re-investment of furniture manufacturing within North America.”

Shotbolt himself has been very active in promoting the industry, including serving two terms as chairman of the Composite Panel Association. And when away from work, Shotbolt has a multitude of interests including fly fishing.

Number of years at the company and in the industry: 38 years full time, 45 years including summer employment

Word that best describes you: Persistent

Business mantra: Company of Choice: to work for, to buy from, and to sell to. It allows us to speak directly to those factors that most influence our success.

Best advice: received: “In the end, it’s always about the people.”